Home / Latest News / A fight to save Welsh rugby history

A fight to save Welsh rugby history

Posted on 28th April 2014 by Nick Verdier in Latest News 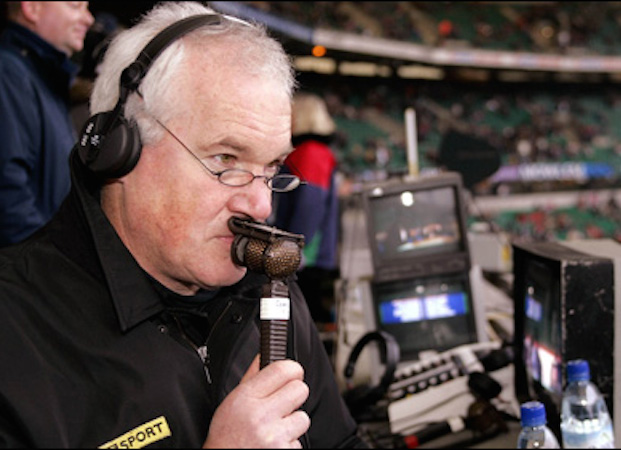 A Welsh museum that is facing an uncertain future after receiving cuts to its funding has managed to enlist the help of one of Welsh rugby’s most famous ex-players as part of its fundraising campaign.

Eddie Butler, best known for captaining Wales on six occasions and for playing with the Barbarians and British Lions also captained the formidable Pontypool RFC side between 1982 and 1985.

Now a BBC sports commentator and journalist for The Observer, Butler stepped in to help save Pontypool Museum when staff contacted him about the museum’s plight and is giving a fundraising talk about his days playing for Pontypool RFC on May 2nd.

“Pontypool Museum maintains and safeguards the entire collection of memorabilia on behalf of Pontypool RFC and the people of the Borough,” Sassy Hicks, Fundraising Officer for Pontypool Museum told The Rugby Paper.

“We have some incredible old rugby artefacts on display and in our archives including trophies, photos and even shirts worn by the notorious Pontypool RFC Front Row – you can almost still smell the sweat and blood on them. They are all items with a real rugby history and we must fight to keep them safe.”

Butler has had a long association with Pontypool RFC – and the town itself – and recognised that the museum needed his help to survive. Tickets for the fundraising talk sold out in less than twenty four hours and local rugby fans are now eagerly anticipating the talk.

“Eddie Butler was an integral part of the golden era of Pontypool RFC,” said Arthur Crane, a lifelong supporter of the club. “Given that there are strong links between the club and Pontypool Museum and that Eddie is both a well-known media personality and an entertaining speaker, then it promises to be a rewarding evening for all concerned.”

For Butler, the evening will be a chance to talk to diehard Pontypool RFC fans and to remember the glory days of local Welsh rugby.

“Personal reminiscences can be dangerously dull,” he said, “but I’m hoping to tap into the spirit of our bygone age and buck a trend. I think it’ll be fine, as long as the audience is pure Pooler. Pontypool is a town of interest and spirit, of generally battling against the odds, and despite difficulties encountered in all its ages – of achievement. Sometimes it is simply good to be reminded of such things.”

Local and national rugby related organisations have also offered to help Pontypool Museum by donating items for a raffle, with the winning tickets to be drawn by Butler after his fundraising talk.

“The Welsh Rugby Union, Gilbert Rugby and Random House Publishing have all kindly given us some amazing prizes to help boost our cause,” said Sassy Hicks.

“Local businesses have also generously provided prizes that any rugby fan would love and it’s true to say that the rugby community here in Wales is very supportive. With their help, we now stand a fighting chance of survival and future generations of rugby fans can enjoy important artefacts from the game.”