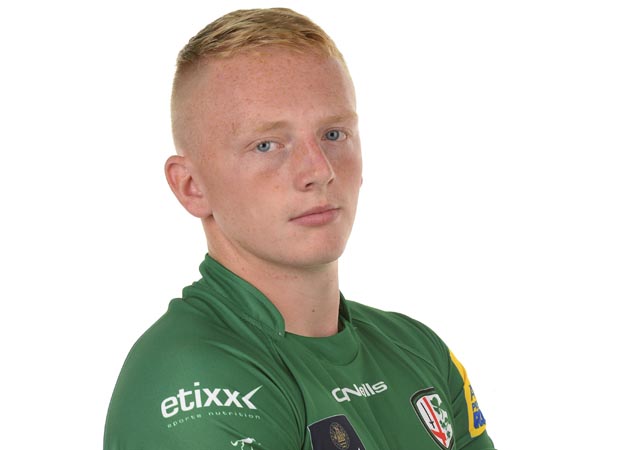 Sunbury is hardly a small village deep in the Munster province but Conor Murphy could not be more Irish if he tried.
The scrum-half was born and raised in the South West London suburb where he went to Sunbury Manor School and picking up his first rugby ball aged 12.
Two years later, he joined London Irish Amateurs and his love story with the Exiles started. His performances brought some attention from the professional set-up and he was added to the AASE programme at St Paul’s Catholic College.
More recently, the new London Irish generation, which included Murphy, grabbed the headlines during the Premiership 7s Series when their passion and love for the jersey shone through to take them to the Stoop finals.
Wearing the green jersey means the world to them – just ask Murphy about St Paul’s defeat to Prince Henry’s in the AASE league semi-finals last season.
“Thinking about it now I feel like crying,” he told The Rugby Paper. “We put so much effort into it. It was so gutting to lose against Leeds that day.
“They went two tries up but we got back and even managed to get in front. But two minutes from the end I was penalised for feeding at the scrum. They quickly tapped and went on to score the winning try soon after.
“We became the first team to beat Hartpury home and away during the season which showed our true character. We got stuck in this year and became a real team.
“There is a real passion from everyone to play for London Irish and that’s huge step forward when it comes to winning games.”
Now 18, Murphy’s dream to become a professional player at London Irish got even closer as he signed a senior academy deal for the coming season.
Since the start of the summer he has been working with former England No.9 Paul Hodgson, who is part of the revamped academy set-up alongside Declan Danaher and Nick Kennedy.
With 700 first-team games between them, one would think the next generation is in good hands and Murphy is adamant he is already reaping the benefits of working with three club legends on a daily basis.
He said: “I can remember the day (AASE manager) Giselle Mather told me they wanted to sign me. I was pulled in first and thought it could not be good news. My heart was in my mouth but she did not beat around the bush and just said it.
“I was so happy. Irish are the only club I’ve known and hopefully it can remain that way for my whole career.
“It’s fantastic to be coached by three club legends in the academy especially with Paul as a scrum-half.
“We’re working on my core skills, passing and kicking, and I’ve already made major improvements in the space of two months.
“Declan is great when it comes to tackling. Even if you think your tackling is good, he’s able to pick out little things to make it even better.
“My aim this year is to play well with my loan club Henley in National League Two and maybe get involved with the A-League side. Playing men’s rugby is going to be a big step but it’ll be good experience.”