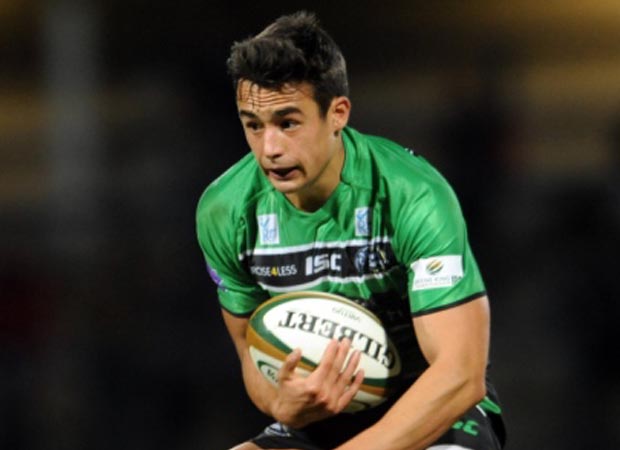 Not many teenagers would choose exams over professional football, but as he prepares for life as a Premiership rugby player, Alex Lozowski’s tricky decision appears vindicated.
From the age of ten to 16 Lozowski was a fully-fledged member of the Chelsea FC academy, with his heart set on a future at Stamford Bridge.
Now wearing the No.10 shirt for Leeds Carnegie, his sporting U-turn has a lot to do with economics.
Following his release from Chelsea the teenager – with a nudge from mum Lisa and dad Rob – opted for his A-Levels at Watford Grammar School ahead of a new club.
A place at Leeds University – and with it a spot in the Carnegie academy – followed and with a move to London Wasps wrapped up ahead of this summer, Lozowski need not feel too bitter about rejection.
“I thought I would try something new,” said the 20-year-old. “They want you to leave school at 14 and put all your eggs in that basket and my parents and school weren’t too happy about that.
“There were a couple of other clubs who were sniffing around, but at those clubs as well it was a case of leaving school. I thought it was a better option to do my A-Levels.
“It was sensible for me and I thank my mum and dad for keeping me on the straight and narrow.”
Dad in particular has reason to be pleased with the way Lozowski’s early years have panned out, as a former London Wasp and one-cap England centre himself.
And he may well have had a hand in greasing the wheels for his son’s impending Adams Park switch.
“I think he was at a game watching and was introduced to some of the coaches there,” said Lozowski.
“It was said that I was playing at Leeds and someone said, ‘we should have a look at him’. My dad was laughing and saying, ‘it’s not going to happen’, but then it did.
“He was always happy for me to do what I was doing. He just said, ‘do what you want to do’, and I think it was good having him there for me.
“He is happy with the way it has gone and I am really thankful for what he has done.”
Before pulling on the famous yellow and black shirt the fly-half has a play-off campaign to finish.
Leeds head to London Welsh on Sunday with a narrow advantage and the 20-year-old would love to see the Yorkshire outfit join Wasps in the top flight.
However, Championship rugby has shared his attentions this year with an Economics degree and even in the week of a play-off semi-final, the final-year student has struggled to tear himself away from the library.
“I am not going to be at the club next season but I am hugely focused on helping them however I can to get into the Premiership,” he added.
“We have got a bit of a lead but it is not really about protecting that – it is about playing with more intensity and trying to win.
“It has been pretty busy – I have never got too much free time. When I am not playing rugby I am always trying to catch up with uni work but I have had the best time playing for Leeds this season.
“I am just looking forward to finishing my degree and being able to focus on rugby.”