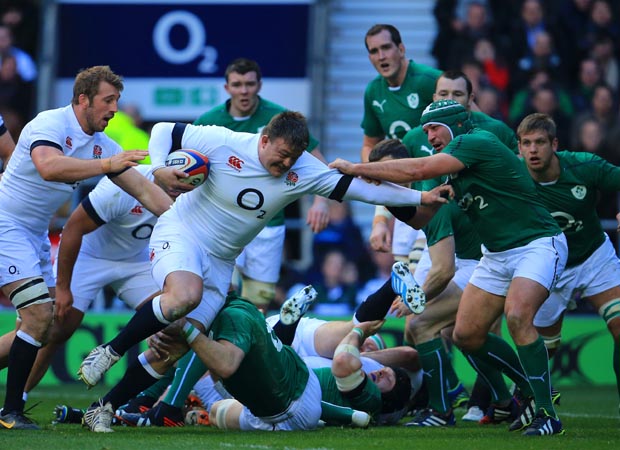 England are proposing to play an extra international at Twickenham next year – against Ireland at the end of the World Cup season.
Both countries see the fixture as the ideal warm-up for their respective three-Test series in the Southern Hemisphere – England against the Wallabies, Ireland against the Springboks.
It will also be ideal in helping the RFU raise the £13m they have agreed to pay Premier Rugby Ltd in compensation to their elite clubs for the delayed start to the Aviva Premiership next season until mid-October because of the World Cup.
Negotiations are understood to be at an advanced stage for the fixture on the late May weekend used in recent years to give fringe players a run against the Barbarians. Premier Rugby are unlikely to raise any objection when they meet next week despite concerns voiced by some clubs at the escalating amount of Test rugby.
England’s plan to ask Ireland help them bring their World Cup season to a rousing climax will be worth around £1m to the Six Nations’ champions. If confirmed, it raises the possibility of the old rivals playing each other four times next season with all four at Twickenham.
The first England-Ireland meeting on September 5 will be a final run-out for both contenders before the World Cup begins 13 days later. Provided both win their pools, they will be on course to clash again some six weeks later in the semi-finals.
The third part of the Anglo-Irish series takes the holders back to London in their defence of the Six Nations on February 27 next year. The proposed fourth match means that England could be playing an unprecedented 19 internationals over a period of ten months.
PETER JACKSON