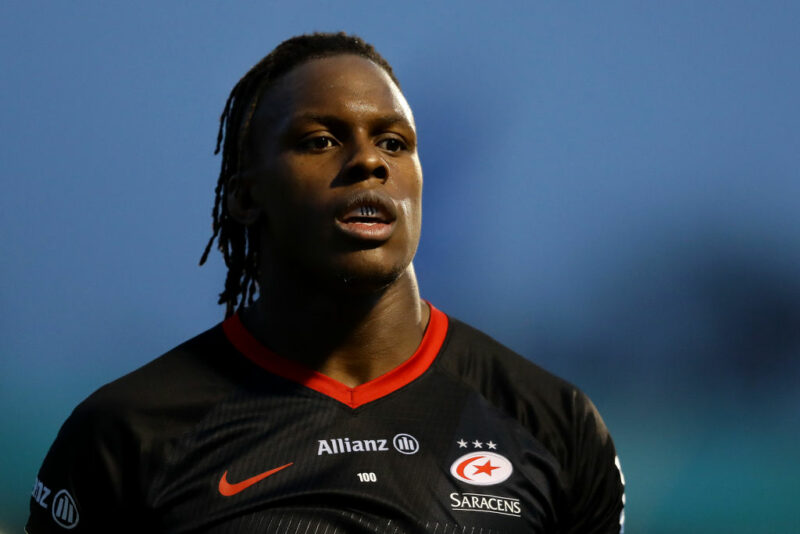 THE key to what Maro Itoje does next is all about what he wants to do most. There will be scientific answers about what will be best in performance terms, because his physical attributes have been analysed since he was playing age-group rugby, and he will also know all about wellness profiles of how he can stay in the best mental state.

However, like all athletes he will know his own body best, and his own mind, and they should play the biggest part in his decision.

Perhaps this is an opportunity for him to go overseas and play – but, if he does, he knows he won’t play for England during that absence. Set against that, having played for the Lions, and in a World Cup, he has already done a lot, and he might not get another opportunity in his rugby career to go overseas.

It’s a chance to be coached in another way, to live in a different culture, and perhaps to learn another language. Maro’s been at Saracens since he was a kid, so why not have an excursion – an adventure – in another part of the rugby world.

If, say, he went to Japan, I don’t think it would be challenging physically, apart from in terms of the pace of the game. If it was France, it would be the opposite – the Top 14 is a big, physical challenge in a league with big packs.

The Top 14 would be very demanding, but playing 24 games for a French club would be no more demanding than playing 10 Tests for England and 14 matches for Saracens.

That is the sort of factor he has to to weigh up, along with maybe a pay cut if he stays at Saracens.

Itoje is also at a different stage in his career to Owen Farrell and Billy Vunipola, both of whom have said they intend to stay with Saracens during their time in the Championship.

Farrell is 28, Billy Vunipola is 27, and they are both married. Owen is looking at family life, and with young children a bit more time at home may be good – and it might be the same with Billy. But, while it might work for them, at 25, I’m not sure it’s the same for Maro.

It would simply not be competitive enough for Itoje to play in the Championship. It would not give him the challenge he needs, or the motivation, because he is an elite athlete who needs more than a run out.

Who knows how Saracens will rebuild, but we know that they will be forgotten about for a year. The difficulty will be finding a financial solution for Itoje to be loaned to another club in the Premiership, because a lot of squads are already sorted – and adding Maro would blow the budget.

It means he may take the view that his best move is to cross the Channel to play in France.

If I was playing in today’s game and had achieved as much as Itoje, and played as much as he has, it would be a strong consideration.

They would be a challenge, and as a pro sportsman money is a main consideration – especially with the huge sums that would be involved in him going to France for a season.

At the moment, Itoje is probably earning anywhere between £750k and £1.2m all told for Saracens and England, which would mean that if a club in France made him an offer in the region of £1.2m to play a club season it would be tempting.

The trade-off is that it’s very unlikely that if Itoje went to France he could play for England. The RFU’s chief executive Bill Sweeney said it might be possible under the ‘special circumstances’ clause, but there are two things that count against it.

The first is that I don’t believe that Sweeney has the chance to make that decision, because the other Premiership clubs/PRL will not allow it. The other is that it’s hard to argue that it comes under special circumstances, because it doesn’t. It would be about a player making a choice.

The other serious consideration is whether going to France in the season leading into a Lions tour would put his selection in jeopardy. I don’t think it would be a pitfall, mainly because I believe Warren Gatland would pick him if he played in the Six Nations or not.

Itoje’s just the sort of player that no Lions head coach could ignore – the world would have to start rotating the other way for that to happen. Ask yourself this: if Itoje was injured for the whole of the 2021 Six Nations, but recovered in time for the tour, would Gatland pick him for the Lions?

The answer is yes, because he is too good to be left out. Itoje’s a superb athlete, and a very clever player, with a great will to win.

I’ve said before that I never agreed with the head-patting gamesmanship that Itoje’s taken part in, but for me that’s a question of maturity and age. Is winding people up his thing? I don’t think he’s like that, it was more his desire to win finding the wrong expression.

Itoje will only get better. Martin Johnson broke through early and improved as he got older, and it’s been the same with Alun Wyn Jones – and that’s what I believe Maro will also do.

Arguably, if you spoke to Welsh, New Zealand or South African supporters, he wouldn’t walk straight into a World XV. Brodie Retallick would definitely be in my team, and I’m not sure who the other lock would be – but Itoje has a great chance to make it his own over the next year.

If marquee players remain you suspect that he will be back in a Saracens shirt when the club returns to the Premiership.

Whatever happens, Maro Itoje is someone you would build a team around because of his presence and how he plays.