Williams column: Recalling Liam Williams and Josh Navidi would be a panic move 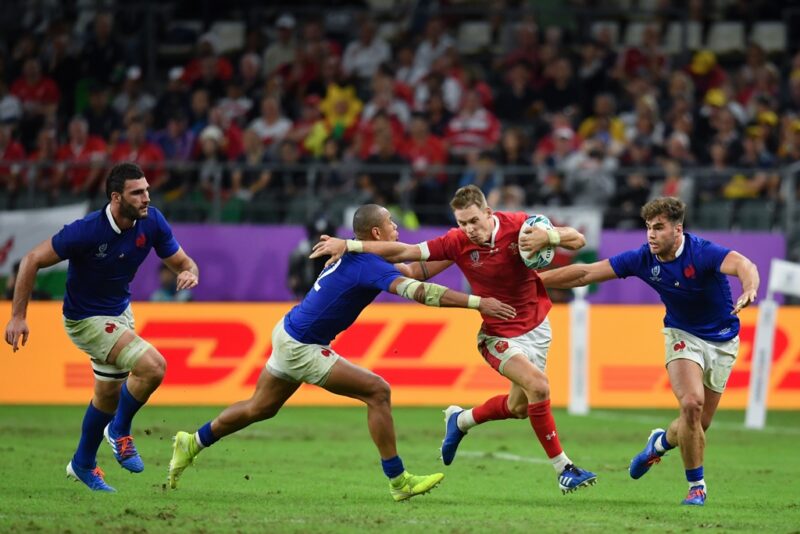 IT’S NOT looking too clever for Wales after three rounds of the Six Nations – but the worst mistake Wayne Pivac could make is to expect Liam Williams and Josh Navidi to wave a magic wand.

After back-to-back defeats by Ireland and France, Wales are now out of contention for the title. I don’t expect Wayne to make wholesale changes for England at Twickenham, but to me it would be a step too far to rush Liam and Josh straight back just to try and avoid a third straight loss.

To me that would represent unnecessary panic. Don’t get me wrong, if Liam and Josh are fully fit then they both get into my first-choice Wales XV. We must not forget, though, that Liam hasn’t played since his World Cup was cut short by injury. Josh has only played a handful of games too.

For them to come back into the squad for England – let alone the starting side – would be an almighty gamble and send out all the wrong signals. They are brilliant players – of course they are – but a Six Nations clash at Twickenham is no place to ease your way back into Test rugby.

Saturday’s game will be full-blooded. There is absolutely no doubt about that.

Wayne’s hand might be forced on selection. If you look at the back three, Josh Adams is already out of the tournament with an ankle injury and George North is on the way back from a head knock suffered against France.

Should George be unavailable for Twickenham it could tempt Wayne into looking at Liam. At most I’d put him on the bench as Wales still have the likes of Johnny McNicholl and Louis Rees-Zammit to consider in that area. I’m sure there will be calls for Rees-Zammit again.

Sometimes it’s the making of a young player when a coach is given no other choice than to select him and that sort of situation has happened a lot in Welsh rugby down the years.

You never know, it might happen again. While Twickenham would be a big ask for Liam in terms of it being his first game back, the same would be true for Louis but for different reasons.

It would be a disaster for Wales if Louis was plunged into the deep end against the English only to have a difficult afternoon which could dent his confidence.

Of course the exact opposite might happen. He could be thrown in and have a stormer, much like George did on his debut as an 18-year-old. In my opinion that would be asking a lot.

Wales might have a couple of injuries, but they do still have strength in depth in the back three and the same is true in the back row. That’s why it makes no sense to me to rush Josh back either.

My hope is George is fit for England and I’d start him on the wing with McNicholl and have Leigh Halfpenny at full-back.

Everyone is worried about George. The France game was his sixth concussion as a player and that is a concern. It wasn’t a surprise to me to see more hysteria about George after his latest collision – this time with Gael Fickou of France. There are two things to point out on this issue. The first is that George will be receiving the highest possible level of care from the Welsh Rugby Union. He will have access to whatever he requires from a medical perspective and that will include help from both inside and outside the team.

Last week a documentary I worked with on concussion for the BBC was shown on TV. I learned a great deal from doing it and a lot of it is pertinent to George’s situation right now.

The key thing I took from meeting concussion experts is how far rugby has come since my playing days in terms of treating head injuries.

The head injury assessment and return to play protocols are top notch. They have improved no end since I was a player when most people were too brave for their own good.

If Wales say George is fit to face England, then who are we to argue with the Welsh medical team? I hope he is because it will be very difficult to get a result at Twickenham.

England are a different animal there and they made Ireland look pretty ordinary last time out. They were very, very physical and Wales will have to at least match them there to achieve success.

It’s not all doom and gloom, but my head says it will be very difficult for Wales to avoid suffering a third straight Six Nations defeat.