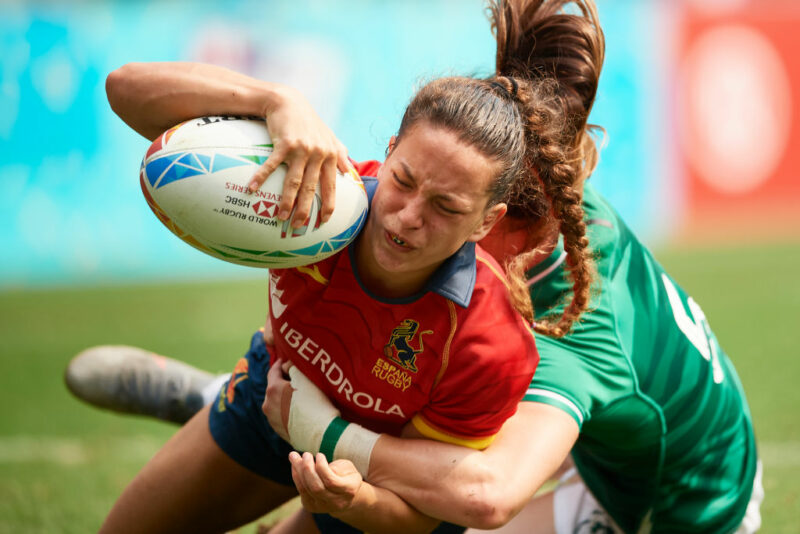 As expected by many Georgia got the better of Spain last weekend in Madrid, but the fact that Los Leones are now only two places behind them in the world ranking represents one of rugby’s more uplifting news stories during a rather downbeat time for the game.

Slightly less than two years ago Spanish rugby was on its backside after their infamous World Cup qualifier with Belgium when, aside from the huge refereeing controversies surrounding that game, they were discovered to have fielded two ineligible players.

From having a place in Japan in their grasp, their world fell apart amid much rancour and you sensed, after a decade or more of building slowly, Spanish rugby might spiral out of control and they would return to T3 status, talented amateurs but going nowhere.

It looked grim but against the odds Spain then embarked on the most successful run in their history, winning ten of their last 12 games since their World Cup expulsion including the last eight on the trot which is a record for the team.

During that time they have taken great pleasure in beating some of those who did appear in Japan – not least Russia who were the “whistleblowers” in the World Cup controversy – while they also accounted for Uruguay and Namibia.

As a result of their unprecedented winning tear they now stand above Canada and the USA in the rankings as well as long time European Nations rivals Romania who traditionally have had their measure.  From the depths Spanish rugby is now flying higher than ever before.

It hasn’t been easy and first they had to get their heads right for which their former skipper Jaime Nava must take much credit with the veteran delaying his retirement by a season to show solidarity in that first difficult season back.

Spain felt, not without cause, that they had been shafted good and proper with their two ineligible players both being Spanish speaking with more than one Spanish grandparent who had happened to appear for France U20 years before, in the case of Mathieu 11 years before. They had been making sacrifices and been hit in the pocket for the privilege of representing the land of their grandparents, not freeloaders and opportunists, too many to mention, who represent other mainly T1 nations.

Briefly Spain wallowed in self pity but some stern words from Agustin Pichot got them revved up. He totally shared their general anger and frustration – indeed Pichot himself could lose his vice chairmanship of World Rugby because he has put too many T1 noses out of joint on this matter – but he was also furious with Spain and gave it to them straight in their native language.

To summarise Gus’ rollocking: Why were Spain so bloody shoddy with their paperwork. Life is difficult enough as it is for T2 nations, they had to box clever and play ‘the game’ demanded by the sports administrators. It just wasn’t good enough from Spain. If there was one iota of doubt or the paperwork wasn’t clear cut, leave that player out. Don’t leave any room for error. Be better, smarter, off the pitch as well on the pitch.

Spain took the criticism on the chin and did just that. Since that debacle they have struck back with impressive determination and – employing the maxim of never wasting a good crisis – have reviewed their strategy.

In the short term they are giving more profile and experience to their home-based players which also gives those over the other side of the Pyrenees a breather because French clubs don’t always appreciate having such individuals snatched away from them during international windows. Not all mind, Bayonne’s cracking little scrum-half Guillaume Rouet is still the team’s key man while Pau full-back Charly Malie returned for the 23-10 defeat on Sunday.

Their French Foreign Legion will always be there, indeed a number of T14 players have contacted Spain despite the controversy and there is no question that when the World Cup qualification process begins next year they will come more into play.

In the meantime though, Spain are rediscovering their heart and soul and enjoying their rugby along the way.

With Spain Women’s 7s side showing progress at the start of the World Sevens Series with a fifth-place finish in Glendale, an early standout win for the Men’s seniors came when they got straight back on the horse after the Belgium debacle and beat World Cup qualifiers Namibia when a capacity 15,000 crowd at the Estadio Nacional Complutense showed much solidarity.

A big away victory in Uruguay was another eye- opener and most recently came last week’s excellent 31-12 triumph in the Olympic Stadium Sochi over old rivals Russia.

Victory wasn’t quite as straight forward as the score line might suggest. Spain had to soak up 20 minutes of unrelenting pressure before their fluid attacking style came into play and their scrum was never comfortable against the big Russian forwards which will obviously be a worry with Georgia in mind.

Some of the Spanish back play though was exceptional and very reminiscent of their French neighbours. When Spain have the ball in their hands they are well worth watching. In fact keep an eye on them generally.