Guscott column: Even considering the stakes, Italy game is a good chance to play Ollie Lawrence 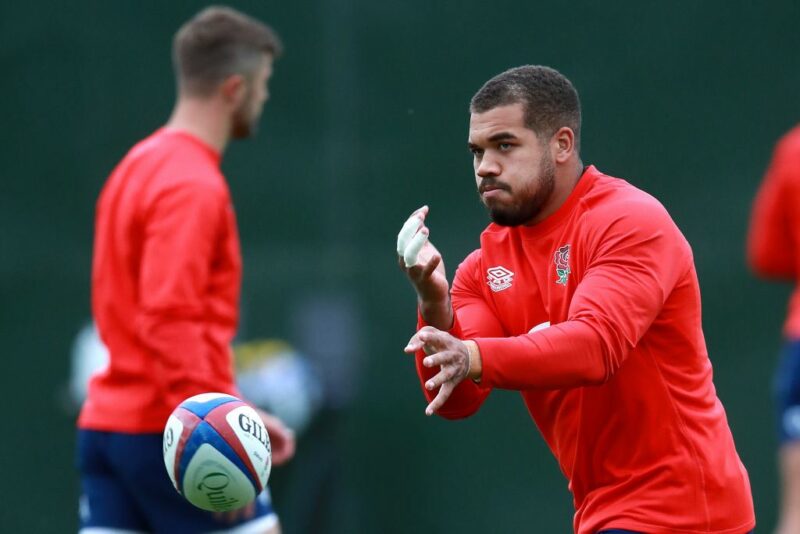 IT sounds as if there will be changes in the England midfield for the game against Italy in the final round of the 2020 Six Nations, following George Ford’s likely absence in Rome due to an Achilles problem.

My call would be to go out on a limb and select Ollie Lawrence at inside centre to see if he can bring some of the dynamism and power that England have lost with Manu Tuilagi also ruled out by injury.

There’s been so much chat about Lawrence that it makes sense to see if he can live up to it, and even though he would be making his debut in Italy, rather than at Twickenham, he will have the benefit of real experience either side of him with Owen Farrell at fly-half and Henry Slade at 13.

Having played against them, the Worcester Warriors centre will have huge respect for what they’ve achieved, and it should make his transition into the England side easier.

Slade has been outstanding for most of this season, and while Farrell will have been without a game for almost two months following his ban for a high tackle, he will almost certainly captain the side, and is the sort of player that doesn’t have to be 100 per cent match-fit to get him through a game.

The tough thing for Lawrence will be that he comes into a team that will be rusty after seven months between matches, and it is therefore likely to make its fair share of mistakes.

However, like the rest of the England side, Lawrence will have to put any errors behind him quickly to concentrate on beating Italy by as many points as possible, making it very difficult for either Ireland of France to beat them to the Six Nations title.

Of course, giving Lawrence his first start has a bit of a risk element, and Eddie Jones could probably go with two outside centres in Slade and Jonathan Joseph, but there is no way that Italy should be a potential banana skin for a side like England.

Italy have been a bye for most of their opponents in the Six Nations for as long as most of us can remember, and that has not changed since Franco Smith took over as coach at the start of this interrupted tournament.

It’s also why, in most circumstances, it would be safe for Jones to field two-thirds of his usual England starting 15, with the remaining third made up of newcomers.

However, with a Championship title on the line, this is a match in which points difference is likely to be crucial, so England will have to keep their foot down against Italy for the full 80. That means picking an experienced backline with plenty of try-scoring ability.

My line-up from 9 to 15 is: Ben Youngs, Owen Farrell, Elliot Daly, Ollie Lawrence, Henry Slade, Jonny May and Anthony Watson. If Daly does not recover from a leg strain, I would put Joseph on the wing instead.

To my mind England should be 20 to 30 points better than Italy, and without a home crowd to encourage them, I believe it will be more difficult for the Italians to adapt than it is for English players who are now familiar with empty stadiums.

I’m not sure it’s that controversial for Youngs to win his 100th cap at scrum-half by starting against Italy, mainly because in his last game for England he was not bad against Wales, and deserves to keep his place. However, Ben Spencer being left out of the squad was a mouth-wide-open moment after the season/restart he has had.

The main question for Jones at scrum-half is whether Youngs is going to make it through to the 2023 World Cup?

If he does, fair play, but there is a long way to go, and given that Youngs is already 31, it is not a definite – so it makes sense to get the next man in.

So far, no one has jumped out at me more than Spencer, who has been very good at Bath. Instead, Jones has gone for the young Northampton scrum-half, Alex Mitchell. Northampton have been average since the Covid restart, but Jones wants Mitchell, so he must have something about him – but it’s not something I’ve seen.

In the back row, while Jack Willis has been red-hot for Wasps and set new records for jackaling, there is great competition, especially with Sam Underhill and Tom Curry as the incumbent flankers, and Ben Earl also enjoying a very good season.

However, when you look back, there was no one who was able to break up the Hill, Back, Dallaglio world champion triumvirate, and it’s equally hard to see someone doing that to the current trio of Underhill, Curry, and Billy Vunipola. Curry is brilliant. I rate him as world-class now, and he will only get better.

The other decision for Jones is how many Exeter Chiefs he brings into the squad alongside Slade and hooker Luke Cowan-Dickie going into the Italy match.

You can make a case for more players from the new European Cup champions, like Joe and Sam Simmonds, but they are not clear-cut.

Is Joe Simmonds better than Farrell or Ford – I don’t think so, but it’s close. If Sam Simmonds was an openside he might be pushing Underhill, but he fits the Exeter way as a mobile No.8 with two giant flankers on either side, and it’s unlikely he will bump Billy Vunipola.

Whichever way you look at it, Jones has plenty of options to play with.