Williams column: Don’t kill the Cheetahs off for the ‘Big Four’ 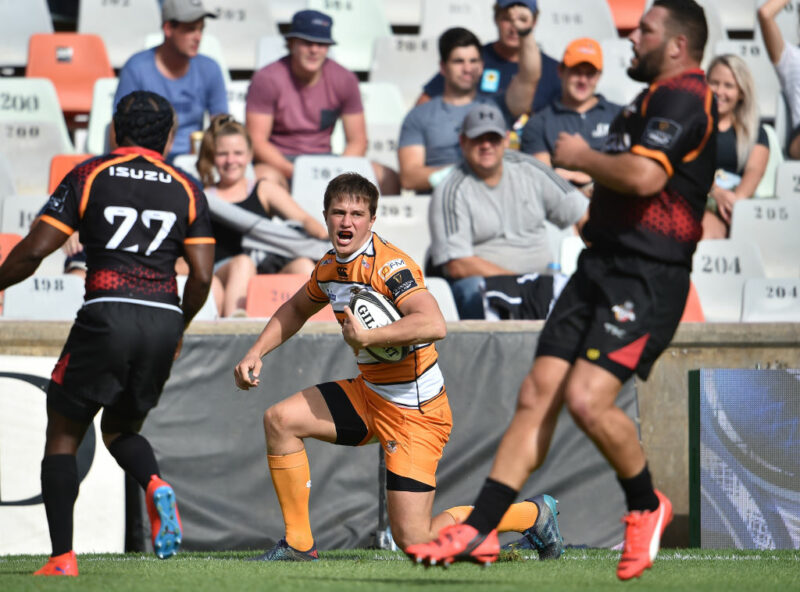 There was a big decision made in South Africa last week when a vote was taken on the playing future of their four now former Super Rugby teams – Lions, Sharks, Bulls and Stormers – and the Cheetahs.

In many ways it is the epitome of a modern day, Covid-created dilemma. Do you take the shiny, money-making option of adding the ‘Big Four’ to the PRO12 to make it a PRO16, or do you stand by the Cheetahs, who have been part of the PRO14 over the past three seasons, and keep them in the mix?

I certainly feel for the Cheetahs. The pandemic put paid to their pretty realistic hopes of reaching the play-offs last season and now they face being left in the cold completely.

Having told SANZAR they will be pulling out of Super Rugby, the four Bok franchises now need somewhere to play. Equally as important, rugby broadcaster Super Sport need them to be playing in a meaningful competition, rather than merely playing among themselves.

It seems that all the PRO12 – then PRO14, back to PRO12 and soon possibly PRO16 – needs is money. Integrity and fair play don’t seem to be any part of the equation. In their seemingly insatiable desire to create more wealth for the game to try to keep it afloat they appear ready to ditch one of their newest partners without the blink of an eye.

No doubt the small print will reveal there was always going to be a denouement at this stage, putting the Cheetahs’ fate back in the melting pot, but it is hard to argue with the view of their CEO Harold Verster when he claims the rugby authorities are preparing to “throw us out of the bus”. You can only feel sorry for them.

Not so long ago they were cast aside by Super Rugby as that tournament wanted to streamline. In 2017 they then negotiated, along with the Southern Kings, a lifeline to play in an expanded PRO14. They came on board with a significant TV package, and the full backing of the South Africa Rugby Union, yet three years down the line they find themselves on a precipice once again.

It’s never over until it’s over, and the Cheetahs, who play in one of the rugby hotbeds in South Africa in Bloemfontein, are getting all tooled up in a legal sense as they prepare to stand their ground. They want to hold the decision-makers to account and need answers for their players, coaches, staff and, equally importantly, their fans.

I know that rugby finances are crumbling around the world and, yes, who wouldn’t want a competition that featured four of the biggest teams in the world of professional rugby. But the values of our sport have always been better than merely throwing teams off or under the bus. Don’t forget the Cheetahs players have mortgages to pay, families to support and sporting dreams to fulfil.

If it happens, what will Verster be able to tell his players and fans? When they lost their Super Rugby status they lost most of their best players to the other franchises. Their head coach, Franco Smith, went to Italy, Daan Human joined the Boks coaching set-up and two other members of the back room staff also left. Even their doctor went off to Dubai.

Verster likened that decision to being hit by “a lightning bolt”. When they were welcomed with open arms by their Celtic cousins in 2017 it was seen in South Africa as “an elegant solution” to their being cast aside from Super Rugby. At the end of their first season, 2017-18, the PRO14 boss Martin Anayi declared the Cheetahs and Southern Kings were tied into the competition for at least the next two seasons.

“It has not been decided (if other teams will join), but those two teams are set. But obviously if other teams are willing to come in, that will be looked at,” he said at a time when he was still looking to attract Canadian and American teams into the tournament.

It seemed the endless quest for new TV money knew no boundaries at the time – Anayi and his board were prepared to boldly go where no other rugby administrators had gone before.

Looking in coldly from the outside the conspiracy theorists would have a field day analysing what has gone on over the past three years. Was it all part of a grand plan to provide the South Africans with a secure exit strategy from Super Rugby by potentially offering them a lifeline into a league in the northern hemisphere?

Were the Cheetahs and Southern Kings merely pawns in that plan, callously used and now ready to be abused?

While the Southern Kings have hit the financial buffers and won’t be able to continue, the Cheetahs remain a viable option, a team that fans in Ireland, Scotland, Wales and Italy have come to respect and enjoy.

Super Rugby has broken up because there were too many teams from too many different countries. The travel became too much and too expensive. The PRO (whatever number it is going to be) needs to guard against falling into the same trap.

When you ask the players and fans what is great about the tournament they will all tell you it is still the local derbies. Build on strength, create stability, invest real integrity and strong core values into the tournament and then watch it fly.

As well as craving money and exposure, the PRO14 also wants to match the appeal and power of the Top 14 in France and English Premiership.

When you chop and change the competition season in, season out, force teams to cross so many different borders and leave the players and fans wondering who and when they will be playing, as they have done this season, is it any wonder that the PRO14 passes people by.

There are some world class teams in the tournament, and as many great players as in any other league, but it currently doesn’t have the structure, spectator appeal or tradition to get anywhere near to rivalling its European rivals.

Will the Boks’ ‘Big Four’ provide the tonic the tournament is looking for? Who wouldn’t want to play at Loftus, Ellis Park, King’s Park or wherever in Cape Town? But at what cost? Bloemfontein was doing just fine – don’t kill off the Cheetahs!