Home / Features / Columnists / Guscott column: Finn Russell has a box of tricks but may be too risky for Lions

Guscott column: Finn Russell has a box of tricks but may be too risky for Lions 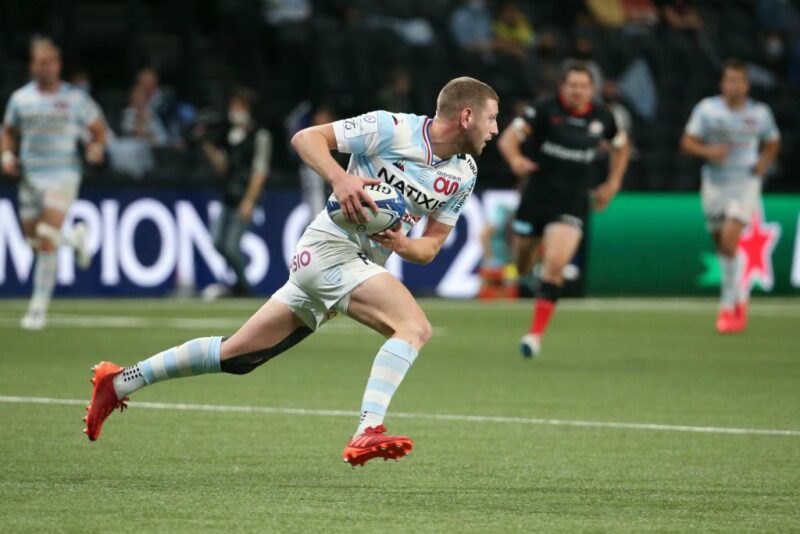 FINN Russell demonstrated in the European Cup semi-final victory over Saracens in Paris that playing in a high-powered highly talented team like Racing 92, he gets the chance to express himself even more than before.

There is the chance also for others to tidy up when things do not go entirely to plan, because of the quality of the players at Racing that surround the Scottish fly-half. The other factor is that, in reality, even in really big club games like that against Saracens, the pressure is not as great as it is at international level.

Scotland have threatened to do better under Gregor Townsend, and before that Vern Cotter, but they have not yet done so – and that pressure has its knock-on effects. I imagine a player like Russell will say about pressure that “I don’t carry it”, but subliminally, whether you are chilled or uptight, it will be there, whether at the forefront or back of the mind.

The other plus for Russell is that his laissez-faire attitude to attack really suits Racing. This Racing side doesn’t quite have the same number of galacticos or the straightforward power-play that Jonny Wilkinson’s Toulon had, but they can still give it to big, strong carriers to do the damage, and allow an attacking fulcrum like Russell to take care of the distribution and direction from there on.

He must be grateful, because this Racing team has the brute force, as well as the pizzazz, to make the most of what the Scottish 10 offers. It means that the tight-rope that Russell usually walks will work out more often than not, and a great example was the chip over the top for Virimi Vakatawa that led to Juan Imhoff’s decisive late try against Saracens.

It was a set move, and Vakatawa scored a very similar try recently against Montpellier off the same set-up. It is all about quality of execution, but sometimes you also need a bit of luck, because even when a kick is perfect something can get in the way, like a stray hand, and take a marginal deflection.

By all accounts this time the ball hit Vakatawa’s head first, before he got control. So, a split second one way or the other, and it might not have worked. But it did, and Russell then showed the quick thinking and reading of the game that adds to his threat, following and backing up expertly to take the return pass from Vakatawa, and put Imhoff clear.

Russell clearly wants to continue playing for Scotland again after his disagreement with coach Townsend, so we will see how that works out. We wait in anticipation, but certainly what we’ve seen from him in the European knock-out stages against Clermont and Saracens have been pretty commanding performances.

Most championship-winning club sides have a very influential fly-half, and that is what Russell has become for Racing. He is certainly on fire at the moment, and will be looking forward to doing well against Exeter in the European Cup final.

Russell will probably also be hoping to be involved in the final round of the Six Nations at the end of this month, when Scotland face Wales at the Parc y Scarlets. He will know the ground well from his time in the PRO14, but will have to get used to playing in a different style for Scotland.

Russell very much fits what Racing do, and how they play, and is in tune with the likes of Vakatawa, Imhoff, Teddy Thomas and Simon Zebo, all of them internationals.

I cannot wait to see Russell in a Scotland shirt, but for whatever reason we do not see Scottish forward carriers bullying other sides. Scotland rarely have that, and they are going to have to fight for those 15 minute periods of forward domination that the best teams in the world are capable of. They achieved it in the second-half when they got the draw at Twickenham in 2018,  but not much since then.

The question the Scots have to ask themselves is what team can win anything without a fully functioning top-quality pack of forwards? Sometimes backs drop the ball, sure, but overall the Scots do not have the quality ball-carriers in the forwards to knock holes in opponents like England do. The likes of Kyle Sinckler, Courtney Lawes, Maro Itoje and the Vunipola brothers have real ball carrying punch, whereas Richie Gray is talked about in terms of making 22 tackles per game, rather than the influence he has as a carrier.

Russell was called up as cover during the 2017 Lions tour , and got a few minutes off the bench in one provincial game. When it comes to the Lions, you get players who love the experience – which is the vast majority – but there are a few that it just doesn’t suit.

We don’t know the definitive reason Gregor Townsend left Russell out of the Scotland squad, but you can be sure that Warren Gatland will know – and the Lions is as much about the person as their ability to play at the highest level.

Russell will be up against Owen Farrell, Dan Biggar, Gareth Anscombe, Johnny Sexton, George Ford, and maybe Joe Simmonds and Joey Carbery (if he gets fit in time). Three of them, Biggar, Farrell and Sexton, are among the best goal kickers in the world – and arguably Biggar is the best of them.

Russell is the most attack minded, along with Ford, but Farrell is going, and probably Biggar too – and we don’t know about Sexton, and whether he will be picked for Ireland in the last game against France in 2020 Six Nations, before going on into the 2021 campaign. If Sexton plays well against France in such a big game it could be that Gatland cannot go past Farrell, Biggar, and the Irish veteran, picking his 2017 Lions tens again.

If I wanted the most simplistic game plan against South Africa, which is to match them for power, territory, and pressure, and then rely on being able to kick your goals better than they can, I’m not sure you would want to risk trying to go round them with a fly-half like Russell.

At the moment the Springboks have their own fly-half issues with Handre Pollard injured, and Elton Jantjies as back-up. So, would I back a simple game plan for the 2021 Lions, and bet on myself to win territory and get the scoreboard ticking over using the best goal-kickers in the northern hemisphere?

I’d be tempted, and that would make it very difficult for Russell to get in. Not impossible, but hard. He’s got his work cut out.