Home / Features / Columnists / Cain column: Why can I mingle in a shop but not at rugby?

Cain column: Why can I mingle in a shop but not at rugby? 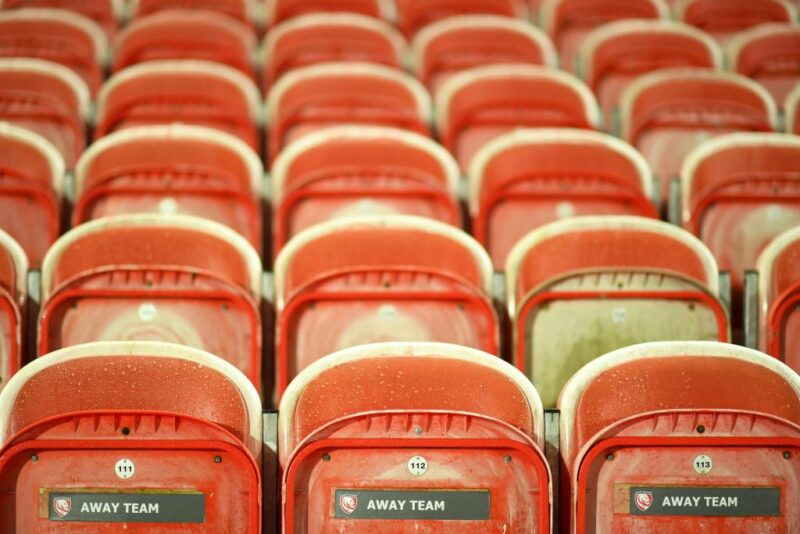 WITH professional and amateur community Rugby Union clubs teetering on the brink of bankruptcy and closure due to the lockdown there are elements of the British government’s handling of the Covid regulations regarding sport that appear to be contradictory or badly out of step with those that apply to the rest of society.

It is time that, as a Rugby Union fan, Boris Johnson provided some clarity over why the great team sports like ours, and football, that are embedded in this country’s culture, are being subjected to a different, more restrictive set of rules than other parts of society.

The most pressing question is why, as long as social distancing measures are followed when people make visits in their millions to restaurants, pubs, shopping malls, supermarkets and coffee shops around the country, these excursions are permissible, when highly-controlled, organised reduced attendances at matches in outdoor sports stadiums are prohibited?

Why is it that when there is the capacity for far greater social distancing in stadiums than there is in restaurants etc., as well as the benefits of being in the fresh air – which we are told lessens the threat of transmission of the virus significantly – have team sports and their supporters been hit with a blanket attendance ban, and the limited pilot schemes to reintroduce fans shelved?

This requires a detailed, cogent explanation right now to the Rugby Union public, and the sporting public in general, rather than the administrations of team sports being given vague, unspecific statements that the whole experience – from leaving home to returning to it after watching a match in the stadium – is more likely to spread the virus than mass nationwide daily visits to supermarkets by the general public.

One of the assumptions made by government health experts appears to be that many supporters will travel by public transport. In the case of Rugby Union this completely overlooks the fact that a high proportion of the stadiums and grounds at international, and at professional and amateur club level, have extensive car parking facilities, with a significant proportion of fans driving to grounds, and therefore already in a contained social bubble.

Another appears to be that queuing at turnstiles will provide infection hotspots, where supermarket check-outs do not. Apart from this strange anomaly, what this government thinking fails to take into account is that, with attendances at only a third at full capacity it would be relatively easy to advise fans with seats in specific stands, or areas of them, to arrive and depart at staggered times, through different gates, in order to maintain social distancing.

While everybody understands that it is the government’s duty to do everything it can to curtail the spread of the virus – especially when there is a significant increase in R rate, as there is at the moment – it is not a reason to abandon innovative plans to help team sports survive during the pandemic.

As ever, the Germans appear to be ahead of the curve when it comes to getting supporters back into stadiums, with reduced attendances of between 10-25 per cent of capacity at Bundesliga football matches last weekend, at least offering their clubs an income stream.

In Britain that still appears to be a pipe dream, but the Prime Minister should ask his Sports Minister, Oliver Dowden, why he has not already got verse, line and chapter on how the Germans have done it – rather than giving rugby clubs, and their football counterparts, the doomsday prospect of “perhaps six months” of further lockdown.

This treatment of sport as a social adjunct to be shunted into a siding as one of the less important elements in public life has to be challenged – although so far, the RFU’s chief executive, Bill Sweeney, has shown no inclination to rattle the government’s cage.

Sports like Rugby Union may not be at the top of the agenda for many of our often blinkered political class, but the imminent collapse of rugby clubs throughout England, and in Wales, Scotland and Northern Ireland, will damage the social and community fabric of this country in ways that will not be easily recoverable.

Rugby Union clubs as social hubs which provide the benefits of a great team sport to hundreds of thousands of players across the land – whether adults or children, male or female – as well as the regiment of club supporters and stalwarts who keep the whole network alive, are in jeopardy.

At present, most clubs are in a limbo-land between touch rugby variations (Ready4Rugby), and Stage D of the RFU’s ‘Return to Rugby Roadmap’. Essentially this means that players can be involved in contact training in groups with a maximum of six, and can play 10-a-side touch.

It is hardly Rugby Union as a robust physical contact sport. More crucially, nor does it provide clubs in the multiple leagues below the Premiership with the limited spectator base they depend on for the bar and catering income which is essential to their financial survival.

Surely, if government has seen fit to trust players and coaches to follow the RFU’s Return to Rugby guidelines, it should also trust community clubs to put in place social distancing measures inside their modest grounds and clubhouses, so that they can provide food and beverage to their supporters.

At the professional end of the sport, we need to be informed why it is not feasible for a crowd of up to 5,000 fans to remain socially distanced in a 15,000 capacity stadium. We also need to be told why, in terms of catering and hospitality, the staff at stadiums should have any more difficulty in providing pre-booked socially distanced tables to supporters than those to be found in  restaurants or pubs.

A failure by the government to provide a clear, concise explanation of why lockdown is necessary at rugby stadiums and clubs, while other areas of life do not face the same restrictions, is in danger of becoming an unacceptable infringement of the civil liberties Prime Minister Johnson says he holds so dear.

If there is persuasive evidence that opening those stadiums and grounds to well-organised, reduced-capacity crowds will spread the virus more rapidly than in any other of the social interactions outlined here, then the government should publish it.

Otherwise, it should publish a plan on how it intends to ease the lockdown restrictions on Rugby Union responsibly, and also to do it rapidly, so that it has a future to look forward to.