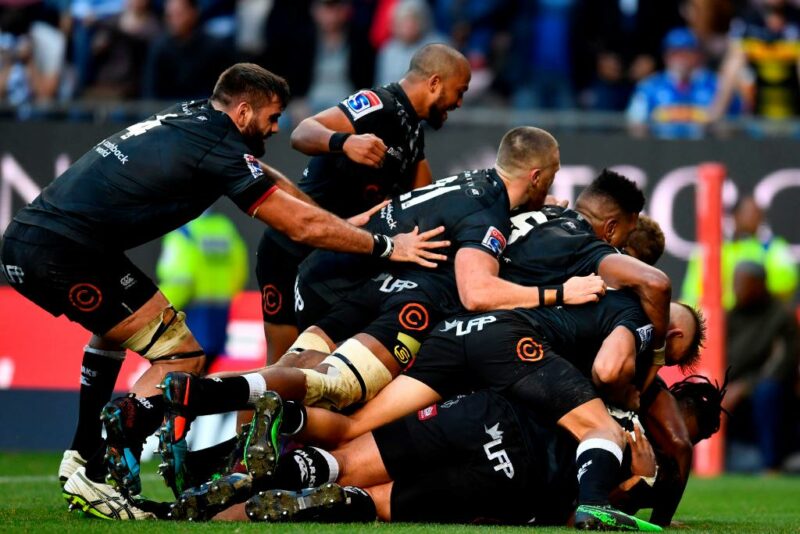 IF the substantial South African franchise sides who used to be part of Super Rugby join the PRO14 at some stage in 2021 – with the prospect of turning it into a 16-team competition – it has to put the league in a good position.

In fact, other than the PRO14 joining together with the Premiership and Top 14, I can’t see how much more it could be enhanced.

It will create enormous interest, and given that the major backing for the move to the PRO14 appears to have come from the South African broadcaster SuperSport, it will come with a big financial bonus.

It will also give what has predominantly been a Celtic league a real boost in terms of exposure, because South Africa are world champions, and a number of their superstar players still represent their top four franchise sides, the Stormers, Sharks, Bulls and Lions.

Elsewhere the Bulls have brought Springbok No.8 Duane Vermeulen back from Japan, while the Sharks have World Cup starters in centre Lukhanyo Am and wings Makazole Mapimpi and Sbu Nkosi.

Until now the inclusion of two smaller South African sides, the Free State Cheetahs and Southern Kings, has not had too much impact on the PRO14, mainly because they do not have that sort of playing strength or box office appeal.

However, 16 is a lot of teams and therefore brings an increased number of fixtures in a domestic season. As things are the PRO14 runs pretty much parallel to the Premiership, but in future it could run for a further two weeks.

It’s no surprise that so far there have been no reports of the South African sides being included in the European Cup or Challenge Cup, but  because of the pandemic things in Rugby Union are so fluid at the moment it’s hard to predict what will happen next.

I’ve enjoyed the Premiership rugby being televised in England with players playing again in meaningful competition, but there is a lot of uncertainty with the global season still not worked out and the need for fans in stadiums in all countries.

The expansion of the PRO14 raises questions about what happens elsewhere, but South Africa’s inclusion will definitely enhance the competition because of the crucial factor that it operates in the same time zone as Europe.

It’s still a brute of a journey, as it takes 13 hours on an overnight flight from Cape Town to London – but it’s not as crazy as flying from South Africa to Sydney, or Wellington and back every week!

If you had asked me 20 years ago if I could ever see South African teams playing in a northern hemisphere league I would have said it was very doubtful – especially because at the time Super Rugby was the big new thing. However, it makes sense for South Africa and the Irish, Welsh, Scots and Italians, because their franchise sides bring a broadcast clout to the PRO14 which is similar to the French and English numbers, and enhances South Africa’s position as one of the big players in the world game.

It will be interesting to see whether, with the move to Europe, the South African franchise sides become more independently owned, or whether they remain national franchises run mainly by SA Rugby.

We will see also whether the South African sides put more pressure on Leinster and Munster by challenging their dominance in the competition. It will depend on whether the South Africans have big enough budgets to compete, which means retaining their existing international players while bringing new blood through. If they can do that, they will be as competitive as the English and French clubs.

There are said to be at least 300 South Africans playing in pro leagues around the world, and if they were available to their franchises they would undoubtedly challenge a side like Leinster – but the challenge South Africa has is hanging onto their best players.

There are only so many good players to spread around the PRO14/16, the Premiership, and Top 14 – but it would be brilliant for the South African sides if they got back some of their best players.

In the past the southern hemisphere nations had very important domestic competitions. In South Africa it was the Currie Cup, in New Zealand the Ranfurly Shield, and Argentina and parts of Australia had very strong amateur league structures – and maybe those tournaments will be revived.

It is important that they are, and that they underpin the professional franchises, because that’s how you produce sustainability in Rugby Union.

While it is unprecedented times that we are living in, there are still some exciting developments – and South Africa joining the PRO14 is one of them. South Africa being aligned with Europe is a big development, which has been talked about a lot over the last ten years, but is now taking shape.

The PRO14/16 move has every chance of working. The main downside is extra travel – which means extra costs – but it should be more than matched by broadcast uplift, and eventually the positive impact of bigger crowds, bigger profile, and bigger revenue.

Added to that, it should mean that if the PRO14/16 becomes a stronger competition, it will also have a beneficial impact in improving the national teams of all those involved.