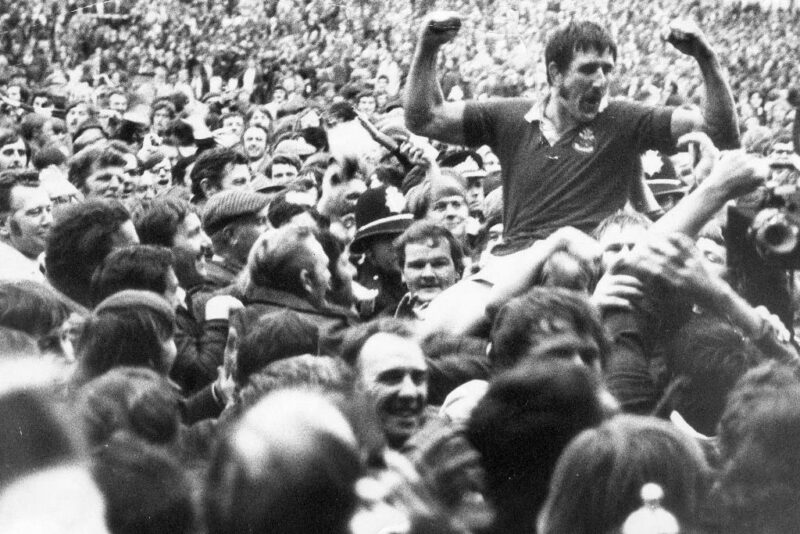 Its claim to be the most famous rugby town on the planet will forever rest on one enduring image, of the brick scoreboard on the Tanner Bank at Stradey Park: Llanelli 9 Zeeland Newydd 3.

That no club team have beaten the All Blacks in virtually half a century since that mystical Halloween elevates the victory to a pedestal so far beyond reach that every other stratospheric Stradey occasion suffered by comparison, like the one over the dazzling 1984 Wallabies of Grand Slam fame.

Stradey has long gone, the spot where a Belgian soldier’s son, Roy Bergiers, scored the only try buried beneath a housing estate. Professionalism decreed with minimalist imagination that the club’s nickname became their official title but not everything changed.

A never-ending struggle to hack it at the highest levels at home and abroad has left the town nursing another distinctive title, hardly a claim to fame and certainly not one worthy of shouting from the rooftops.

The Scarlets are unquestionably the best club-region-province in the British Isles not to have won a European trophy, a status of sorts which has taken an awful lot of heartbreak in the making over a quarter of a century.

Season in, season out, 25 in total, they have either failed to make it out of the foothills or been swept away within reach of the summit.  Eleven times the Scarlets have climbed high up into knock-out territory in Europe and fallen short every time.

On Sunday, down on the Mediterranean, they will make their 12th appearance in the last eight, against Toulon in what’s become an almost annual appointment for the Sospans in the old naval port of the Napoleonic Wars.

Head coach Glenn Delaney, unburdened by the baggage of history, will see it as a heaven-sent opportunity to reach the last four of the Challenge Cup.  Whatever their fate, it cannot, surely, be as cruel as those endured by the captain and coach of the Scarlets a generation ago.

No matter how hard they try, Rupert Moon and Gareth Jenkins can never forget a boiling Sunday afternoon in Reading when the gods conspired against them, when they went to finish off a Northampton team hanging onto the ropes for extra-time only to lose to Paul Grayson’s long-distance penalty.

“It still haunts me, that semi-final,’’ says Moon who, like Jenkins, was there at the start of a long tortuous journey in Brive, November 1996. “I’ve tried to erase that Northampton match from my mind but it keeps coming back. We were in control of that game.  We should have closed it out.

“There was a period when we took our foot off the gas. Whether we were sapped by the heat of a blisteringly hot day, I don’t know but even all these years later I’m still disappointed that we let it slip.

“My role was to keep everyone’s concentration up to the required level and seal the deal.  With the penalty, he (Grayson) nicked a couple of paces closer and it went over.   There’s no denying it was a mighty blow.’’

Jenkins went through the same wringer again two years later, at Nottingham Forest where the Scarlets fell to the most outrageous penalty winner in European history, Tim Stimpson bouncing Leicester’s winner over against both uprights and crossbar.

“We learnt harsh lessons which involved going through some of the most emotional times I have ever experienced,’’ says Jenkins who had sampled the rarest of emotions as the youngest member of the team that beat Ian Kirkpatrick’s All Blacks.

“To have been probably the better team in both semi-finals and lost each one to a late kick was devastating. For the long trip home from Reading we got as much beer on the bus as we could get hold off and had a proper drink.

“We stripped the match down from start to finish and discussed every minute and got more miserable as the journey wore on. We tried hard to drown our sorrows but we were still miserable days later.

“I believed then and still believe now that had we gone through to play Munster in the final at Twickenham, that Munster were beatable. They were not the team in 2000 that they became a few years later.”

As the realities of professionalism hit home, Wales had nobody like Sir John Hall, Mourad Boudjellal or Nigel Wray with the financial clout to buy champion teams. Worse still, the Welsh regions suffered from the ever-increasing investment in the national team, at their expense.

Team Wales comes first, second and third because international rugby pays the bills. Winning a European club competition has long ceased to be a priority unlike in Ireland where the players are employed by the IRFU and where Europe matters in a way that the PRO14 doesn’t.  Wales may have won four times as many Grand Slams as Ireland in 21st century Six Nations but Europe tells a very different story.  Where no Welsh team have got as far as the final of the blue riband event, the Champions’ Cup, Irish provinces have won it seven times with every chance of Leinster making it eight.

Moon, a former commercial director of the WRU, is in no doubt that the all-consuming emphasis on Team Wales renders winning Europe an unrealistic goal for the regions.  “Internationally, we’ve gone through the most successful period in Welsh rugby but we haven’t won the big one in Europe,’’ he says. “It’s beyond our reach.

“It’s that post-Christmas period after the last two qualifying rounds and before the knock-out stages. The demands of the Six Nations mean that you have three or four key players unavailable for when Europe resumes because they’re either injured or fatigued.’’

“The Scarlets have adopted a far looser game, a risk game and that’s a game Toulon will struggle with,’’ says Jenkins. “Going there for an arm-wrestle would be wrong tactically.’’

In the best of all Scarlet worlds, winning one title will guarantee Llanelli losing another, that of hosting the best of Europe’s also-rans.