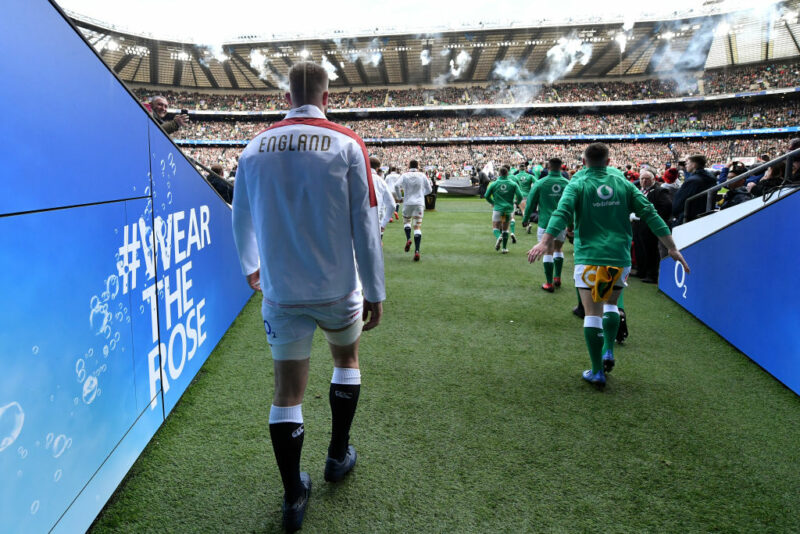 I’M glad that the Eight Nations has been finalised, with Amazon the main broadcaster  and Channel 4 showing three live games – Ireland v Wales, England v Ireland and Ireland v Georgia, plus highlights of all the others. We also live in high hope that we will have crowds back during the tournament, even if it is in reduced numbers.

Having talked to someone who saw Harlequins play Bath at The Stoop recently it seems that even having limited crowds back to give a sense of atmosphere makes a significant difference in enhancing a competition. Even a smaller number of fans has a beneficial effect, so getting fans back into grounds is crucial, as long as it meets the safety requirements.

The Eight Nations is basically a variation on the Six Nations, with a couple of invitation national teams added – in this instance, Fiji and Georgia. The timing means that a fortnight after the 2020 Six Nations has been decided, England, Wales and Ireland will be back in action in Pool A alongside Georgia, while France, Scotland and Italy will have Fiji to contend with in Pool B.

So far, not all the venues have been announced, but we know that in the November 13-15 opening round Ireland will meet Wales in a Friday night fixture in Dublin, that Saturday will see England play Georgia at Twickenham, and also also Italy play Scotland, before France face Fiji on Sunday.

For the moment the home venues for Wales, France and Italy have yet to be decided, but England will play their home matches at Twickenham, Scotland will be at Murrayfield, and Ireland at the Aviva Stadium.

Fiji bring excitement. Match-on-match Bristol’s Semi Radradra is making more metres than anyone else in the Premiership, and is acclimatising so well, but the Fijians will still be hoping for an Indian summer here to help them kick on from the 2019 World Cup.

Fiji’s big challenge is to be disciplined in everything they do. Discipline in attack is something that appears to come naturally to them, but it has to extend to being strong at the scrum and lineout, especially if things don’t go their way.

They cannot afford to switch off in any areas of the game, and at the World Cup their big pack was very competitive against Australia and Wales thanks to the presence of forwards of the quality and athleticism of lock Leone Nakarawa and flanker Peceli Yato.

On their day, with most of their leading players present, they are a handful – and they are capable of beating most of the teams in Pool B. Also, with many of their players playing for pro clubs in Europe, they are now pretty well conditioned. For example, Radradra is really fit – for Bristol he is running as hard in the 80th minute as he is in the first.

The key thing is that Fiji must get their key players released from clubs in Europe during this international window to give coach Vern Cotter the chance to make a statement. Cotter knows a great deal about Scots, and a fair amount about France and Italy, from his time as Scotland coach – but he can only work with what he’s got.

Culturally, Fiji are all about Sevens. They are flamboyant, attacking risk-takers who find the set piece boring, but can have an impact at the breakdown because they are such big, powerful men.

Georgia are also big and powerful, but otherwise almost the complete opposite of Fiji. They love the forward stuff, but they are not exactly renowned for their back play. So, with Georgia, to put it bluntly, what is there to look forward to?

It looks like it will be a hard slog for the Georgians, who lost to Wales 43-14 and Fiji 45-10 in the pool stages of the 2019 World Cup. While they are a handful up front, so far they have not developed enough variety in their game. For that reason I don’t think we will be shocked by the way they play, or how few risks they take, because they will want to keep the games close.

On the other hand, it’s mega-exciting for the Georgians. A lot has been said about their credentials to challenge Italy and play in the Six Nations, and now they have the chance to make their case – so good luck to them.

However, it’s a pretty daunting prospect because they are in the same pool as England, Ireland and Wales. To my way of thinking if they can keep those games within 25 points they have had a result.

It will be brilliant to get the chance to see some international rugby again, especially as I’ve enjoyed the Premiership restart and the way most teams have approached it. At the moment there is a massive battle going on for the opportunity to see who will lose to Exeter in the final!

We have seen some clubs thrive and others not, and it’s been the same with players. Good teams like Exeter show that their purpose does not change whether they have a crowd to cheer them on, or not. The Chiefs are supremely well organised, and so tuned-in to what they want to achieve that they are not affected by outside factors, and they produce a performance when they need to.

Eddie Jones will want to see the same attitude from England, whether there are 25,000 people in the stadium – or none.

I want to see how international coaches cope with this international window – especially as they will be working to improve their World Rugby ranking positions during the course of the Eight Nations.

One factor could be how well they manage their teams coming together and living life in “the bubble” – especially as two England footballers have recently shown the pitfalls of not getting it right.

Overall, I’d expect the attitude of the international coaches to be a bit like during a normal Autumn series. That means they will pick the best starting 23s for the biggest games, but also leave out a few of their first picks against the lesser ranked teams – and why not? It allows them to have a look at players, and also to give the bench a proper run. I can see no harm whatsoever in doing that.