Rugby Matters: Rosslyn Park Sevens will be even more prestigious 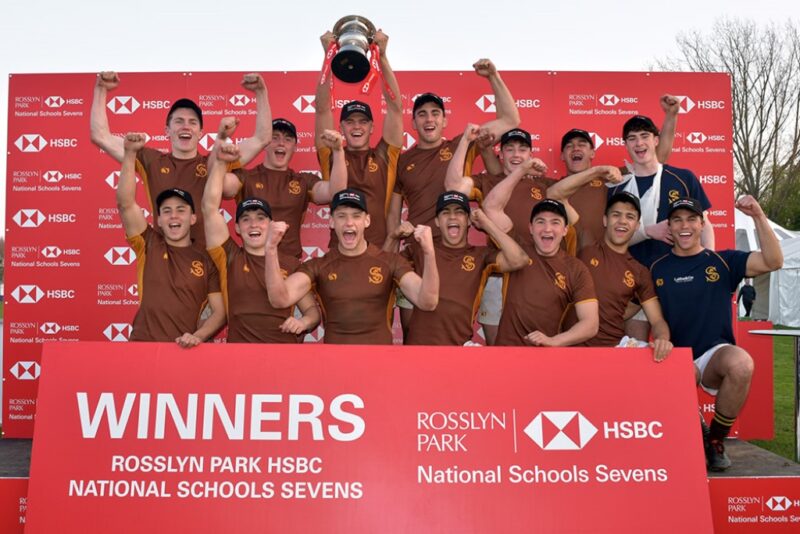 SCHOOLS rugby, which I would argue is still the most vibrant and dynamic sector of the game in England and indeed Britain, is trying to absorb mixed news this week as like the rest of us it tries to get back to something approaching normality in these challenging times.

The bad news first, and there is plenty of it. Although things are progressing fairly well and the community game moved from Stage C to D last Tuesday, it seems certain that Stage F cannot come into place before October 18 which pitches competitive schools rugby into the RFU’s Playing Window 3, whereby all national XVs competitions must be cancelled for the season.

Before Stage F – full contact rugby – the community game has to reach Stage E and even after the latter has been achieved there must be a full month’s work-up period to allow players to obtain the appropriate level of fitness in training for full contact rugby.

Given that nobody can be sure exactly how the return to school nationwide is going to play out over the coming weeks – small spikes in infection rates could alter the situation radically – the date for Stage E being introduced is very much up in the air. And alas, given that, it was the sensible decision to cancel the national competitions.

In recent years these competitions have increasingly provided the bedrock of the school fifteens season and their absence is going to leave a gaping hole. In particular it will be a huge blow and disappointment to the many one-term schools where they play rugby before Christmas with football and hockey taking over in the Lent term.

It’s the strangest of times out there. Many schools returning this week are now extending their cricket season into October – if the Counties can do it why not the schools and September often provides the best weather of the year – while the RFU have agreed to officially extend the rugby season until May 31.

That provides the option of schools re-scheduling some games should they wish although there is so much else going on at schools after Easter it’s difficult to see how that can happen.

In the meantime rugby teams within schools are working manically at their fitness and are free to play competitive touch or tag rugby should they so wish although there is little evidence of uptake on that.

The fervent hope for many is that Stage F can be implemented on cue on October 18 and that some competitive fifteens rugby can be salvaged before Christmas, but there is no certainty. Any deterioration in the situation will push that date back.

Two terms schools are cautiously optimisitic of a busy Lent term in which they might be able to slot in some of their Christmas term fixtures as well.

But now for the better news. These most recent developments suggest two things. The Sevens season next season is likely to be best and most competitive in history with a huge amount of pent-up energy and fitness being directed towards the six weeks or so of local tournaments leading up to the National Schools Sevens at Rosslyn Park in March which at present is most certainly on.

Already excellent tournaments – the Surrey Sevens, the North of England Invitation Sevens, the Ampleforth Sevens, the Millfield Sevens, the Mount St Mary’s Sevens, the Reigate GS Charity Sevens and many more besides – will surely take on an enhanced importance and prestige.

The other big focus, competitively, could be the brilliant St Joseph’s Festival, founded in 1986, which early in lockdown took the sensible precaution of changing its date from the October half-term to the Lent half-term weekend in mid-February 2021.

This XVs tournament traditionally features 16 of the top invited schools in Britain, playing matches of 30 minutes on day 1 – the Saturday – in their four pools before progressing to finals day on Sunday. Then the four pool winners and four pool runners-up contest two further pools with games of 25 minutes apiece, the respective winners of the knock-out pool contesting the final.

It’s an excellent tried and tested format and you would be loathe to tamper with it but with the schools world crying out for competitive action you wonder if perhaps, for this one season only, the field might be extended a little.