Cain column: Flattery can even help you win the Rugby World Cup 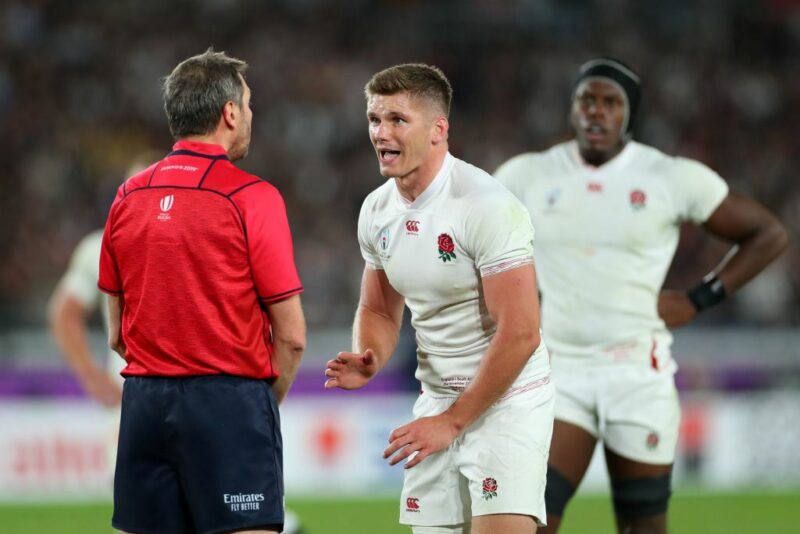 THE lengths that international coaches will go to in order to get an edge is starting to resemble the shadow world of espionage – with players now acting as secret agents.

South Africa’s 2019 World Cup-winning coach Rassie Erasmus – now promoted to national director of rugby – has a reputation for drilling down into detail in such a microscopic way that it would make even Sir Clive Woodward’s head spin.

It has emerged that Erasmus commissioned analysis on World Cup referees that did not just focus on scrums, lineouts, breakdown, and offside, but delved deep into their character traits.

This dossier incorporated the usual stuff about how referees like to be addressed – such as ‘Sir’ or first name – but then probed much further into personal profiling, with Springbok players using an orchestrated approach to pander to preferences and mannerisms that emerged from the research.

This was all with the aim, of course, of influencing them to make potentially match-clinching decisions in South Africa’s favour.

The insight into this extreme referee manipulation has been provided by South African journalist Lloyd Burnard in his new book Miracle Men, which charts the South African 2019 World Cup campaign, culminating in their 32-12 victory over England.

Burnard states that the seed for the refereeing dossier took root after Erasmus saw England escape with a 12-11 victory over the Springboks in 2018, when an Owen Farrell high tackle in the last minute at Twickenham went unpunished by Australian referee Angus Gardiner.

It prompted Erasmus to turn his forensic mindset to work on what influences referees – and it led to a level of detail in the South African study of Jerome Garces, the French referee appointed for the 2019 World Cup final, which is mind-boggling.

Burnard revealed that the Springboks had drama-style rehearsals on their approach to match officials like Garces, and that they specifically played to the Frenchman’s vanity, in terms of his physical fitness and appearance, as well as his authority.

Burnard states: “The Springboks would role-play at team meetings and at training sessions, practising what they would say to the match officials with the research in mind.”

He adds: “The report compiled on Garces, for example, revealed that he responded well to being complimented on his physical appearance. If the match was fast paced, the Boks would make a point of praising Garces on his condition, and his ability to keep up with the players, hoping to rub him up the right way.”

He asserts that the Springboks would take non-challenging, submissive stances – such as kneeling to tie up their bootlaces, or crouching and resting on their hands and knees – to give match officials like Garces the feeling of being “more powerful or more in control” as they spoke down to the players.

Burnard says that the Springboks also chose a good cop-bad cop routine in their communication with the Frenchman during the final. No.8 Duane Vermeulen would raise any concerns with the referee, while captain Siya Kolisi would be respectful and work with him “to keep the game moving”.

He notes, too, that the South African hookers, Bongi Mbonambi and Malcolm Marx, had the mission of making sure that scrums and lineouts were as structured as possible, because Garces “took kindly to sides that provided a clean set piece” and “wanted the players to be in their positions and ready to proceed with the game”.

It paints a picture of Erasmus as a ruthless strategist, and also highlights the former Springbok flanker’s own resilience and fortitude, given that it has since been revealed that he was being treated for a rare autoimmune disease throughout the tournament.

However, it may not be the last of the inside-track revelations about how the Springboks mugged England in Yokohama. Billboards across South Africa are currently advertising a new fly-on-the-wall documentary made by local broadcasters SuperSport about the Springbok triumph under Erasmus.

It is called Chasing the Sun, and is a five-part series, which will be screened from early October.

We are told that the camera crew travelled with the South Africa team throughout 2019, as well as throughout the tournament, “getting unprecedented behind-the-scenes access”.

Hopefully, some of this will reveal just how significant the inside-knowledge of Premiership-based Springboks like Schalk Brits, François Louw, Vincent Koch, Faf de Klerk, and Willie Le Roux was in their preparation for England.

It has always struck me that the Erasmus decision to bring former Saracens hooker Brits back into the Springbok fold in 2018 was a masterstroke in the Trojan-horse mould.

It immediately gave South Africa an invaluable insight into the England scrum, because no one will have known the strengths and weaknesses of their Saracens starting front rowers, Mako Vunipola and Jamie George, more intimately than Brits and Koch, or had such a good working knowledge of Maro Itoje, Billy Vunipola and Farrell.

Add to that Louw’s reading of Underhill from Bath, and de Klerk’s of Tom Curry at Sale, and Erasmus had forensic analysis of most of England’s key players.