Jackson column: The invisible stars are letting down PRO14 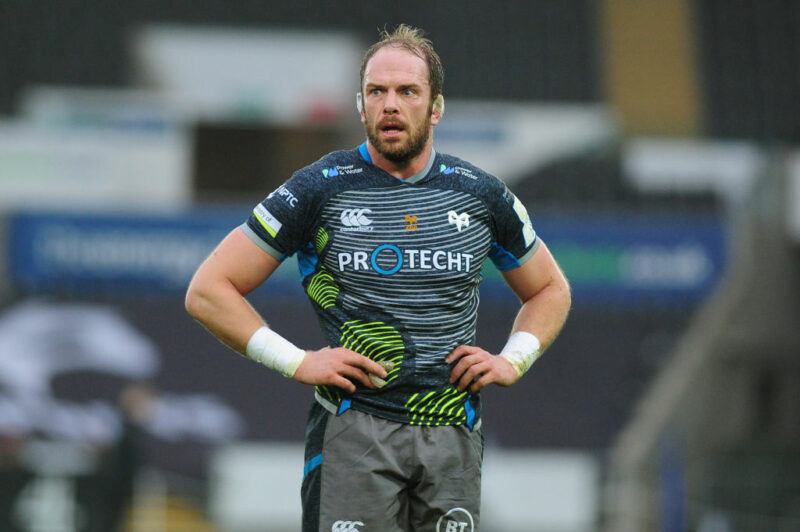 The PRO14 can boast a dual headline act beyond compare, a pair of players born 35 years ago on opposite sides of the Irish Sea. Alun-Wyn Jones and Johnny Sexton belong to the elite, specialists in the art of winning Grand Slams and not losing a Lions’ Test series in New Zealand. Regrettably for the PRO14 and season-ticket sales, they also share an invisibility made in defiance of their towering profiles.

Sightings of either player in the domestic competition over the longest of long seasons have been rarer than Dominic Cummings going for a spin in Barnard Castle.

In a Premier League context, Jones and Sexton are the Virgil van Dyk and Kevin De Bruyne of their competition, an analogy which makes their absence all the more damaging. How can any event flourish in the face of so much interference?

Neither Jones nor Sexton has been seen in PRO14 action for 15 months. Jones for the Ospreys against Scarlets on May 18, 2019, Sexton for Leinster in the final against Glasgow Warriors seven days later. The figures have, of course, been distorted by Covid-19 but the absence of both players had been a regular occurrence long before the pandemic set off on its rampage.

Leinster’s depth is such that their reserves can take care of the routine PRO14 business, leaving their international brigade to concentrate on the more challenging matters of inter-provincial matches and Europe. For Sexton, and every other full-time employee of the IRFU, Test rugby trumps everything.

Jones, a 60 per cent employee of the WRU, has given the proverbial right arm for the Ospreys’ cause since their creation. Nobody has ever dared question his desire and it will be no fault of his if appearances for Wales during the new season far outstrip those for his region.

When the PRO14 emerges within the next fortnight from its six-month hibernation, the most revered figures in their respective countries will be expected to head the starting grid, Sexton for Leinster against Munster at the Aviva, Jones for Ospreys against Dragons in Swansea.

A truncated season leaves the captain of Wales with only two matches to play for a region merely making up the numbers after losing 15 out of 17. Two may sound a trivial number but it will be two more than Jones has played in the tournament which kicked off when he was trying to win the World Cup in Japan.

The PRO14 has fought a losing battle trying to limit the damage caused by losing too many big-hitters too often throughout the season. Chief executive Martin Anayi lobbied long and hard for the Six Nations to be moved back at least a month which would have eased the problem.

The unions refused, then did a volte face on the issue as their concession towards agreeing a global season. The wreckage wrought by the pandemic merely exposes the PRO14, even more than the English Premiership or the French Top 14, to further suffering shortly after the off in the first week of October.

The Ireland and Wales squads go into camp a fortnight later and remain there until early December which makes a prolonged dent in the PRO14 over eight weeks. The players return for European ties before and after Christmas, then disappear again from late January until mid-March for the Six Nations. Test rugby, of course, pays the bills. The ravaged state of the global game demands that the cash cow be milked as it has never been milked before, even if nobody is allowed to watch in person.

There is a price for everything and, in terms of losing spectators, nobody has paid a higher one than the Welsh regions. Too many big-name absentees has been a major factor behind the decline in their collective average attendance to barely 6,000.

Leinster and Munster fulfilling early-season matches in Wales with largely second-string teams because the IRFU refuse to release their big hitters does nothing for the box-office. What cannot be denied about Munster’s newly-acquired pair of World Cup-winning Springboks is that neither will suffer from over-exposure to the PRO14.

No sooner will RG Snyman and Damian de Allende have attended to the remnants of the old season than they are due to be away for at least six weeks after the start of the new one. The Rugby Championship has been rescheduled to start on November 7 and finish ten days before Christmas.

The stark reality is not how many PRO14 matches Jones will play for the Ospreys and Sexton for Leinster but how few.