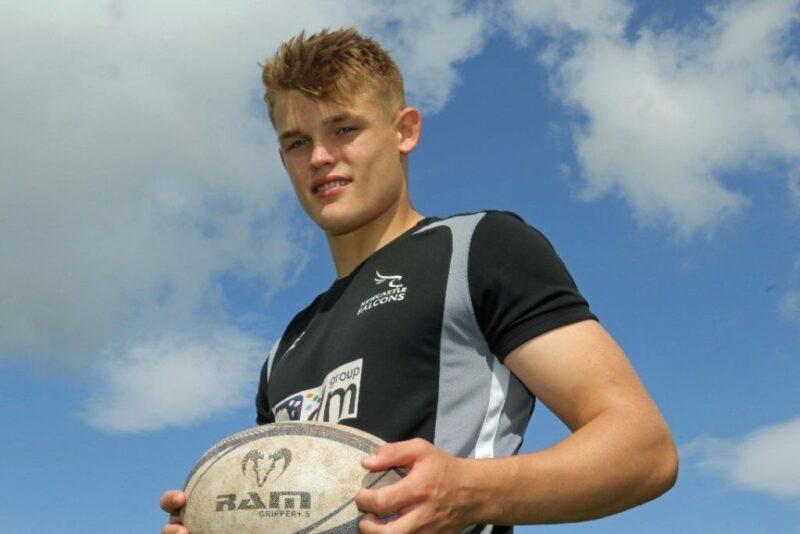 AT most schools the Covid pandemic brought an abrupt and downbeat end to the season, but none more so than at Barnard Castle School where they were gearing up for a major assault on the Rosslyn Park Schools Sevens, their first in a while.

Invariably a force to be reckoned with at Fifteens ‘Barney’ don’t have such a strong reputation at Sevens, but a powerful year group were hitting their straps in the weeks before this year’s tournament was due to start.

Master in charge Martin Pepper, the former Harlequins flanker who has guided the school’s First XV for nearly 20 years, was standing down to take up duties as the School’s Second Master, and the occasion seemed to demand a special effort to land what is probably still the most coveted trophy in schools rugby.

They marched to their first ever North of England 7s title in impressive style, beating the much-touted Sedbergh side 24-7 in the semi-final and then accounting for Kirkham GS, another school enjoying a storming season at all levels, in the final.

Then, in possibly the last rugby tournament held anywhere in the country before lockdown, they won a high-quality Mount St Mary’s 7s beating Uppingham in the final after an epic semi-final against Sedbergh which finished 21 apiece after extra time. Barney advanced on the tie breaker which, with the same number of tries scored, favoured the team which scored the last try of the game.

So next stop was due to be Rosslyn Park where their pool could hardly have been tougher, including both Wellington College and Cranleigh. Barney would have needed to hit the ground running but it was looking promising and it would have been a major surprise if the winner of that pool didn’t go all the way to the final. Alas we will never know.

Pepper though, whose son Guy (pictured, above) is a flanker in the side, can be delighted with his side’s showing in the regular season with just two narrow losses although it will frustrate him a little that those defeats – 19-17 and 14-12 – came at the hands of great local rivals RGS Newcastle, one of the most competitive derby games anywhere in the school calendar. He now passes on the baton to Barnard Castle old boy Lee Dickson, the former Newcastle, Northampton and England scrum-half, with the side in good shape and ready to kick on.

Perhaps there will be a return to the halcyon days of the noughties when the school were invariably involved at the sharp end of the Daily Mail Cup, reaching three finals, although to their frustration they never got to lift the trophy.

In 2003, propelled by the precocious skills of Mat Tait in the backs, they gave an outstanding Oakham School side a run for their money before going down 30-28 in a stunning game. Tait, by common consent, was one of the best schoolboy players of the last two decades and was again on fire the following year when Barney fought their way to the final.

They squeezed past Bradford GS in the sixth round and St Edward’s Birmingham in the quarter-finals before a long range individual try from Tait saw them home 17-12 against Campion in the semi-final. Alas for Barney, Tait, still only 17, wasn’t available for the final as he was starring for England U19 on tour in South Africa. In truth it probably didn’t make a huge amount of difference as Colston’s team of all-stars went to work and overwhelmed them 48-0 in the final.

It was a crushing blow and in the short term brought about a rethink on the school’s approach as they looked to build again. One novel move was that for a couple of seasons Pepper cut out all midweek fixtures and, with the side being knocked out of the Daily Mail Cup fairly early in proceedings and a few games lost to the weather, that made for a couple of fairly short one-term seasons.

It was, however, a chance to regroup, identify and develop talent and ensure students were getting the right balance of competitive sport and other school activities. As their school motto tells us: Parvis imbutus tentabis grandia tutus – When you are steeped in little things, you shall safely attempt great things.

One of the players to emerge during this era was a strapping young Dutchman, Tim Visser, who was a real speed merchant on the wing. He went on to play for England Schools before declaring for Scotland where his record of 14 tries in 33 Tests was distinctly useful.

By the 2006-7 season Barney were back on the up and put together a stunning season of 21 wins in 23 games. The only defeats were against Sedbergh and then in the Daily Mail Cup final when they suffered more heartbreak with an agonising 24-23 defeat against Warwick.

That was some side Barney had that year with Rory Clegg pulling the strings at fly-half and a pack powered by Callum Clarke and Alex Gray. The latter was soon to captain England U20 at a Junior World Cup and play for England Sevens before he headed to America to enlist in the NFL International player pathway programme. He spent a couple of seasons with the Atlanta Falcons but is currently without a club.

Gray will remember the cup run well. An England U16 lock at the time – he later switched to the back row – it was Gray who scored a late try to clinch a memorable 23-22 win over Wellington and it was Gray who appeared to crash over in the fifth minute of injury time at Twickenham to score what appeared to be a winner. Referee JP Doyle though was perfectly positioned and adjudged that he had just been held up.

There was yet more heartache the following year when they again put a good cup run together but this time it ended at the semi-final stage when they lost to St Benedict’s who eventually lost narrowly to Wellington in the final. The purple patch was over but these things are cyclical. Barney will challenge again.