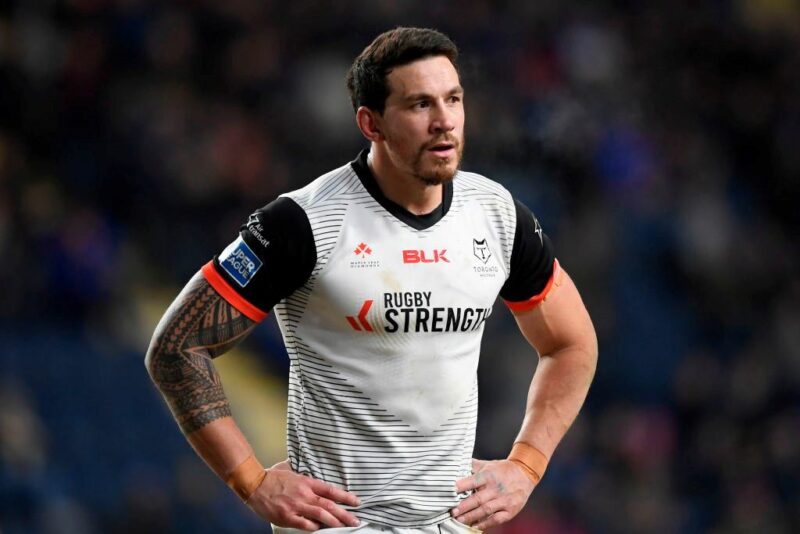 Sonny Bill Williams has not been seen in his natural habitat since confronting a herd of stampeding Rhinos on a chilly night at Headingley a fortnight before lockdown.

The Great All-Rounder would have been spotted briefly before he and his brand new team disappeared beneath an avalanche of tries. The Toronto Wolfpack lasted all of six matches en route to joining the Blackpool Panthers, Kent Invicta, North Sydney Bears and others buried in the graveyard of over-ambition.

The Canadians are adamant that what killed them off had nothing to do with any over-exposure to Super League, that they, too, were victims of Covid-19 and the ‘overwhelming financial problems’ caused by the pandemic. Paying their star performer £50,000-a-week would hardly have eased the crisis.

Williams had only been five matches into a two-year contract worth £5m, a deal which supposedly made him the highest paid rugby player on the planet, at 34. Unlike normal humans, the older he gets, the more he seems to earn but then Sonny Bill has never conformed to the norms of sporting life.

While his accountants work on limiting the damage to his Wolfpack agreement, the man himself is understood to have signed a new one back in more familiar territory. He will spend his 35th birthday tomorrow preparing for another come-back, not with any down-and-almost-out bunch on the skid row of Leagueies but the best in the business.

The Sydney Roosters, triple NRL champions, believe Williams will help extend their rule over the domestic game. Unmoved by claims from some straight-talking English observers that the All Blacks’ ‘legs have gone’, the Roosters’ are sure he has enough left in both to justify forking out around £80,000 for the last four rounds of the season.

Few in any sport, anywhere, can be a better judge of miles on the clock than Nick Politis, a Greek immigrant whose ability to sell cars has made him one of Australia’s one hundred richest men with a personal fortune reputed to be in the vicinity of £300m. He has also been ruling the Roosters as chairman for almost 30 years.

The way Politis sees it, Williams’ charisma will boost television audiences, a figure of increasing importance at a time when the game has to make do without a single bum on a single seat. Last year, the Roosters averaged more than 17,000 of them.

Their intervention persuaded Williams to scrap plans for a quiet European holiday with his wife and four children. In quarantine since touching down in Sydney from Manchester last week, his latest move provides yet another reminder of his matchless appeal to cut the kind of deals other Test players can only dream about.

Sonny Bill has been doing that ever since his advent at the age of 18 when the Canterbury Bulldogs discovered they had found a force of nature. Nobody has made the game, League and Union, pay so much for so long that according to those who know these things, Williams’ career earnings are close to $30m Australian (£15m, give or take a bob or two).

He caused uproar all over Australia 12 years ago by walking out on the Bulldogs one year into a five-year contract and relocating on the Mediterranean at Toulon, the most expensive act in the global circus bought by Mourad Boudjellal.

Since leaving France, Williams has joined ten other teams in ten years: Canterbury in New Zealand’s domestic tournament, the Crusaders in Super Rugby, the All Blacks, Wild Knights in Japan, the Chiefs in Waikato, Counties Manukau, the Roosters in Sydney, the Blues in Auckland, the Wolfpack in Toronto and now back to the Roosters.

No professional rugby player can ever have gone inter-continental on such a scale. Wherever he’s been, his teams have cleaned up more often than not, from World Cups to domestic trophies in both codes.

On top of all that, he found the time, and the hunger, to pursue a career in professional boxing. Exceptional players can justify exceptional conditions and the All Blacks gave him their blessing to step into the ring and rapidly become the heavyweight champion of New Zealand.

He then added the World Boxing Association’s International Heavyweight title with a unanimous points decision over eight rounds against one Chauncy Welliver, an unsuspecting American who probably got back to his dressing room thinking: ‘Well, I never…’

Five years having elapsed since that fight, his seventh straight win, it is tempting to say that the champion has retired undefeated. Given Williams’ powers of endurance, that would be foolish. He has also been smart, not merely in making every dollar sweat but in never going remotely close to flogging himself through almost 40 matches a season as Martin Johnson once did for Leicester and England. Injuries have taken an inevitable toll but it is revealing that over 16 seasons in both codes, Sonny Bill has averaged fewer than 20 games per season.

There is much more to admire about Williams than his box-office appeal.

This is the man, for example, who saw a 14-year-old boy, Charlie Line, being flattened by a security guard at Twicken- ham as the world-beating All Blacks did a lap of honour after the 2015 final.

Williams did more than pick the boy up and dust him down. He gave him his World Cup winner’s medal. “I just did what I thought was right,’’ he said. “Better for the medal to be hanging around his neck than mine.’’

Having converted to Islam during his two years in France, his work for Syrian refugees has been recognised by humanitarian bodies. As for his rugby, it continues to defy Father Time.

“It’s just the challenge of playing that I get excited about,’’ he says. “It lights that fire inside of you.”

Another birthday, another new deal. The Great Survivor blazes on…