Posted on 19th June 2020 by admin in Brendan Gallagher, Features 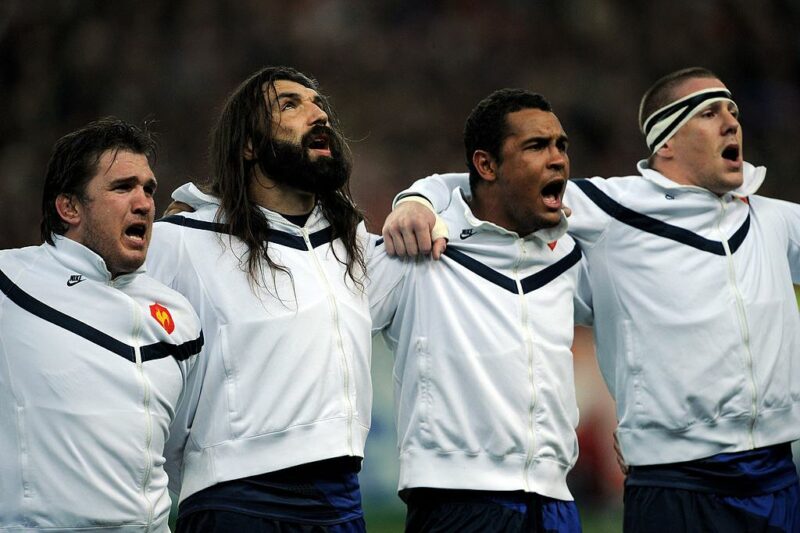 The great modern day Munster anthem which has also been adopted by Ireland as a crowd favourite. First became popular at Glasgow Celtic FC – with its large first and second generation Irish support base – in the 70s before Munster adopted it in the late 80s. Has sometimes been labelled an IRA song but that’s too harsh although there are nationalist sentiments if you go looking for them. Essentially it is an old-fashioned Irish lament and tear jerker with a couple of catchy soaring vocal climaxes you can pile into. As Peter O’Toole used to say, “It’s the saddest bloody song in the world – deportation, famine, separation, heartbreak but that’s how we like it in Ireland”.

What was it GK Chesterton once wrote? The great Gaels of Ireland are men that God made mad; for all their wars are merry and all their songs are sad.

All-time best rendition was probably at the 2002 Munster-Leicester Heineken Cup Final as Munster dug deep and tried to claw their way back into the game.

Low key title but nothing low key about this belter. When President Nelson Mandela came into power in 1992 he could have kicked everything to do with the apartheid era into touch, but in an inspired moment he allowed the old apartheid era national anthem Die Stem van Suid Afrika – an undeniably rousing number despite its ugly connotations – to remain but in a hybrid form. Proceeding it was to be Nkosi Sikelel’ iAfrika, a pan African liberation hymn dating back to the late 19th century.

First fused together in 1994, Mandela wanted it as the South African anthem for the 1995 World Cup. It was both a risk and a test. Would the black community join in the Die Stem – or at least not jeer – and would the white community learn the African words to Nkosi Sikelie’ iAftica?   Musically there is an absolutely miraculous seamless transition between the two very different songs mid-anthem which is perhaps a metaphor for what South Africa itself is trying to achieve.

Arguably the greatest all-purpose national anthem in the world, the mass singing of La Marseillaise at a packed Parc des Prince or Stade de France is a moment that never disappoints. The electricity and energy emanating from 80,000 belting this out before a match could surely light a small city. More than once I’ve been at a match and a full blast version of La Marseilles has instantly cleared a bout of flu or a lingering hangover. It’s like having a cold shower. Magnificent. Essentially a rant directed as the Germans.

“Listen to the sound in the fields; The howling of these fearsome soldiers; They are coming into our midst; To cut the throats of your sons and consorts; To arms citizens form your battalions; March, march; Let impure blood; Water our furrows.”

One of the best ever versions though came in 1999 when a Twickenham stadium mainly full of England supporters gave it their best shot midway through the second half as Les Bleus fought their way back to an incredible semi-final over the All Blacks.

Unquestionably the most out and out beautiful single piece of music ever associated with rugby. Mostly used as a spine-tingling mood setter as the teams gather in the tunnel at Murrayfield.

The lights dim before a single searchlight picks out a lone piper on the roof of the stand. He starts it off slowly before the massed pipes and drums down below take over. Often touted as an alternative national anthem for Flower of Scotland – it does have lyrics and former flanker Kelly Brown does a particularly upbeat version – but why mess with an instrumental masterpiece?

A wonderfully moody, emotional melody that is apparently the most popular funeral send-off song in Scotland and, by popular request, had been adopted by the world-famous Johan Strauss orchestra on their world tours where it is always a show stopper. All of which makes it a tad surprising that this homage to Celtic passion and sensibilities was actually composed by German musicians Ulrich Roever and Michael Korb in 1982 for a Highland Games held in Germany!

Stunning, soaring, Welsh anthem and a quasi-religious experience that seems to unite and fortify both the team and crowd. It’s akin to taking Holy Communion and, of course, it was written originally as a hymn.

No band needed except for the intro. The fans are word perfect, tuneful and set their own tempo, they will sing it as their mood takes them and the team take their cue from them. As an admiring and frankly jealous outsider it always strikes me as a strangely soothing, settling anthem. Before the kick-off the Welsh fans can be very nervous, assailed with self-doubt and the players can look fretful and perhaps over-excited in the warm-up. It seems impossible to perform amid such tension and angst. And then the moment Hen Wlad Fy Nhadau strikes up peace and contentment descend on Wales. Everything is ok, everything makes sense, everybody is focussed. No recriminations, no arguments, it’s Wales against the other lot.

The lyrics were written by Evan James, from Pontypridd, in 1856 and the music composed by his son James. It was popular from the off but sprung to nationwide prominence when Teddy Morgan led his team and the crowd in a rendition at the Arms Park in 1905 after accepting the haka challenge from New Zealand. This is thought to be the first time an anthem was sung before a Test match and it remains the benchmark. Best ever rendition? Certainly in modern time it was before the England game in 2013. Only going to be one winner after that.