Home / Features / Columnists / Cain column: Sam Burgess gets his own back in the end

Cain column: Sam Burgess gets his own back in the end 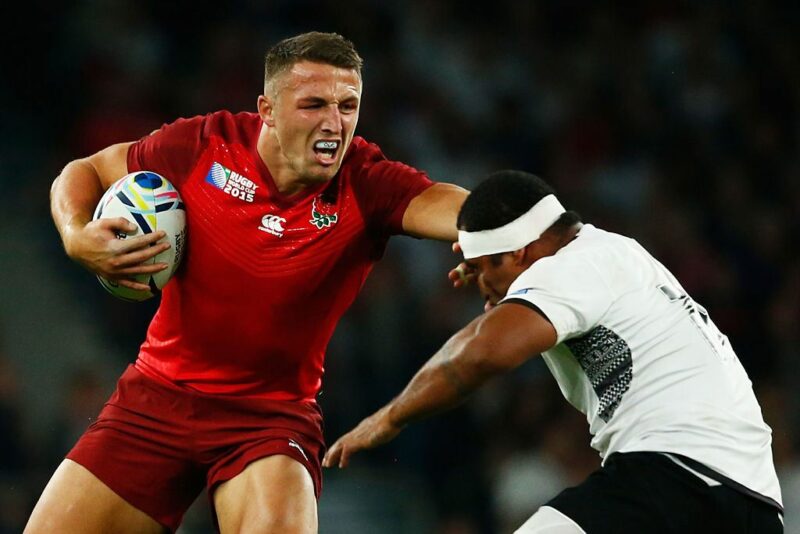 SAM Burgess kept his counsel after the 2015 World Cup meltdown. He did so despite the then Bath father-and-son duo of coach Mike Ford and fly-half George Ford being heavily critical of the NRL star as he winged it back to Australia to pick up his career with the South Sydney Rabbitohs.

However, last week Burgess, who has recently retired due to a severe shoulder injury, came out fighting in the House of Rugby podcast. He had been deeply upset by the way he had been pilloried by the Fords, with a large slice of the blame for the 2015 debacle being laid at his door.

I do not blame Burgess for fighting back, especially as Mike Ford had made the mistake of saying that a player whose durability and courage is a byword in Australian Rugby League, lacked commitment.

Ford senior’s words that, “he didn’t have the stomach to see out his Bath contract”, had not been forgotten by Burgess. The same applied to this slagging off by Ford Junior:

“I thought Sam was going to come back to the club – to stick it out, to have a go… we’re really disappointed. Massively disappointed. He signed a three-year deal and you know what you’re doing… you commit to the club and to the players, to the staff and to the supporters. There are lads here who would die for the club, who have sacrificed a lot for it – and sacrificed a lot for Sam too.”

Burgess counter-attacked, blaming both the coach and his son – who are currently re-united at Leicester – for his exit, and pulled no punches by saying that he had ended his Bath contract two years early because what he could not stomach was working with Mike Ford.

He said he told the coach to his face, “I can’t respect you, I think you are a bit of a snake”. He said that after he was picked to start at inside centre for England against Wales his relationship with George Ford, who was on the bench, also changed completely.

“He wouldn’t talk to me and was a bit sulky, and Mike was a bit shady in the background – and then we lost and fell out of the World Cup.”

Burgess also accused Ford of wanting to sabotage England coach Stuart Lancaster, because he was after his job, while also clearly trying to look after his son’s interests in the England team at the same time.

On the first count I’m not convinced, but Burgess is entitled to his view. However, his second contention strikes a chord, because Mike Ford never seemed to arrive at a coherent, workable plan to maximise on Burgess’ abilities.

Despite Ford having time to consider where to play Burgess, and also having the benefit of playing Rugby League at pro level himself, he seemed stumped by the challenge.

Part of this was because Bath had developed midfield attacking strategy, based on a 10-12-13 midfield trio of George Ford, Kyle Eastmond and Jonathan Joseph, and neither Ford could see how Burgess would fit in.

I wrote at the time that there was a way – but that it would require Bath to simplify their first phase attacking strategy and send the barnstorming inside-centre up the middle to challenge the defensive line – in the same way that Leicester and England have done with Manu Tuilagi – and set up a ruck to present instant front-foot ball.

The idea that Burgess could not have motored onto the ball from a scrum or line-out, caught it, and smashed over the gain line, is risible. It was a very similar to what he had been doing in League all his life, and after a couple of months he could have done it with his eyes shut.

However, there is a complication that cannot be ignored, which is that if Burgess had been a success as a Jamie Roberts-style crash ball carrier for Bath, it could have put George Ford’s place in the England starting line-up in jeopardy.

Why? Because Lancaster clearly fancied the idea of Burgess in that role, and it would have followed that Owen Farrell would be playing at 10, ruling him out of a move to 12 to accommodate the Bath fly-half.

Watching Bath at the time it was incomprehensible to me that instead of using Burgess in this way when he was at inside-centre, he was invariably consigned to the role of a dummy runner, with Ford usually passing to everyone but him.

It was therefore no surprise that Burgess made no headway at 12, and Ford senior’s next move was to shunt him to blindside flanker. This happened despite Lancaster and England assistant coach Andy Farrell making it crystal clear that they saw Burgess as an inside-centre.

Andy Farrell, who had an unsuccessful stint at blindside himself when he joined Saracens late in his career, had prior notice of how difficult it is for a League forward to adjust to a role as a Union back row forward.

It is much more alien, and complicated, than the role of carrying the ball into the teeth of the defence as a Union centre, in the same way they were used to in League.

The upshot is that Burgess went into the 2015 World Cup having spent half his time in Rugby Union being a non-carrying centre, and the rest of it trying to learn when to go into rucks, and when not to, as a blindside.

As a plan to make Burgess’ cross-code move a success it was inept, and did not give the newcomer a chance.

It could also be argued that Burgess did not do himself any favours either. The Burgess switch to Union came later than it should have if he wanted to give himself the best chance of mastering the 15-man code.

However, it became clear from the interview that the reason for this late arrival was because, having failed to win one NRL final, Burgess had promised his mentor, film actor and South Sydney owner Russell Crowe, they would get their title – the first for over 40 years – the following season.

Burgess delivered on that promise before leaving for Bath, and given the shackles of his transition to Union, it is to Burgess’ credit that he did not let himself down against Wales, cancelling Roberts out until he was subbed, leaving the pitch when England were ahead.

Burgess should not have been a scapegoat for any aspect of England’s 2015 World Cup disaster. He was not responsible for selection, and his only crime was that he was a young man with a big reputation who was in a hurry to make a mark in Union.

If his transition had been better managed, he might have been in with a chance of leaving the imprint that he wanted – and if he had gone to a club which needed a crash-carrier at 12 he might have carried it off.

However, the cross-code plan to bring him over to England was half baked, with Mike Ford and Lancaster culpable.

Burgess had a measure of revenge because he revealed he had told Bath owner, Bruce Craig, what he thought about Mike Ford, adding, “and he was sacked six months later”.

Bath were the wrong club at the wrong time for Burgess.