Posted on 6th May 2020 by admin in Columnists, Features, Nick Cain 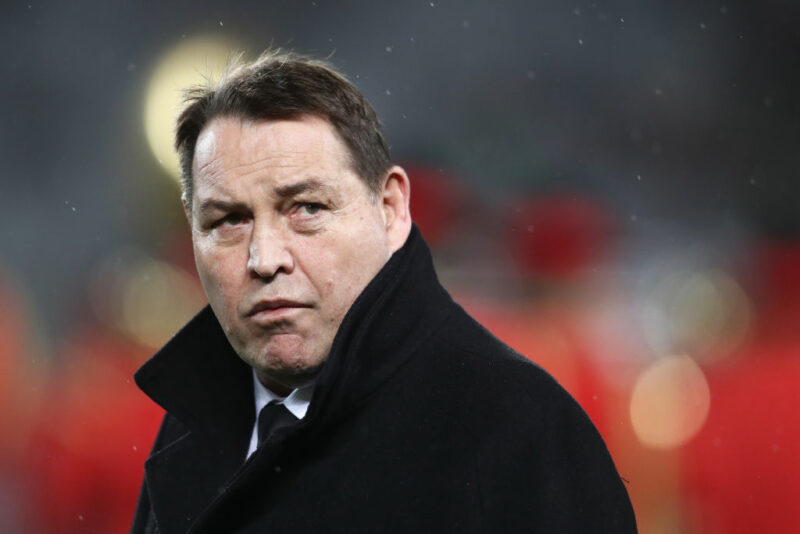 ONE of the more rewarding rugby pastimes during these strange days is digging into the game’s history and finding a few nuggets to treasure as you trawl through the great games and spectacular tries.

Either that, or you root around for some grievance that has been rubbing you up the wrong way for years.

The latter appears to be Steve Hansen’s preferred option, with the recently retired All Black coach deciding to revisit the controversial reversed penalty at the end of the third Test of the 2017 tour, which resulted in a drawn series.

Hansen cannot let it go, as became clear this week when he was interviewed in a Kiwi podcast by broadcaster and former cricketer, Ian Smith.

Hansen is still crying into his beer about the decision, which some All Black fans believe robbed them of a series victory, when French referee Romain Poite changed his mind about a penalty for accidental offside against Lions replacement hooker Ken Owens.

Worse still, he wants a public apology three years after the event, from the head of the World Rugby referees, Alain Rolland, for not conceding that Poite made a mistake. He is moaning that Rolland insists Poite made the right call, hence no apology.

My view has not changed in the intervening period, irrespective of the argument between Hansen and Rolland over the interpretations of Laws 11.6(a) or 11.7 relating to whether a penalty is, or is not given, for accidental offside.

It is clear that from the restart in the 78th minute – after Owen Farrell’s long-range penalty had levelled it at 15-15 – that there was a foul when the New Zealand captain, Kieran Read, hit the Lions kick-receiver, Liam Williams, while he was in the air.

The footage shows that Read had very little chance of getting one hand to the ball – let alone two – and that it was a desperate aerial assault in which his main target was Williams.

This made it a stone cold penalty to the Lions, which would have rendered the rest of the argument that followed null and void.

Instead, because the ball was bumped from Williams’ grip after Read collided with him, and deflected into the hands of Owens, who was standing in an offside position, there was a platform for the Kiwi recriminations to begin.

The speed with which the incident occurred bemused Poite, and when his assistant referee, Jerome Garces, suggested it might be an accidental offside, Read and his Lions counterpart, Sam Warburton, argued the respective cases.

Justice was served when the penalty was reversed and neither Read, nor his All Black side, profited from his foul on Williams.

In most series in international rugby it would soon have been water under the bridge – with a tacit agreement that the referee’s decision was final. However, where the Lions and New Zealand are concerned, it does not work like that.

Hansen is convinced he and his team are the injured party, and feels this some-how gives him a monopoly on the truth.

This is reflected in the way in which he patronised Poite, suggesting that the match official has since conceded he made an error. Hansen said: “We’ve had conversations and we just said, ‘move on, Romain, you can’t change it, it’s not your problem’.”

Hansen’s narrative never deviates from the line that New Zealand are the aggrieved party. He said: “I have always understood that referees will make mistakes. So, he’s made a mistake, and he’s got that wrong.”

However, Hansen’s moral indignation reached epic proportions as he rounded on World Rugby. “The thing that annoyed me most about that incident, and still does to this day, is that we haven’t had an apology from World Rugby. They’ve told us – well, one person in particular has told us – over and over again, that the decision was right. Yet, we all know – everybody in the world knows – it’s not.”

He added: “All we wanted was the head of rugby referees to say, ‘look, sorry, we’ve got that wrong’. And then you can turn around and say to the players, ‘okay boys, the decision was wrong, but we’ve just got to cop it’.”

World Rugby should not countenance an apology, or accept Hansen’s attempt to seize the high ground. If they did, it would set a precedent for any coach – whether or not they served in two World Cup-winning campaigns – to pressurise referees by selectively questioning their decisions.

The principle that the referee is right, even if a decision is wrong, is one which an official body, such as World Rugby should defend to the hilt.

For the record, this is the same Steve Hansen, who, along with Graham Henry, turned a blind eye to the illegal off-the-ball mugging of the Lions captain, Brian O’Driscoll, by his New Zealand counterpart, Tana Umaga, during the 2005 Lions series.

It saw O’Driscoll’s tour end in the opening minutes of the first Test in Christchurch with a shoulder dislocation after being upended and drilled into the ground.

The post-match Press conference in which Hansen and Henry said they saw nothing, in a ‘see no evil, hear no evil, speak no evil’ masquerade, is etched in my memory.

There was no apology from World Rugby (IRB) for the mistakes of the referee, or for the disgraceful citing procedure which allowed Umaga to escape sanction. So, as far as the 2017 series goes, Hansen should suck it up and stop bleating.