Home / Features / Columnists / Williams column: Easy does it when we finally get green light

Williams column: Easy does it when we finally get green light 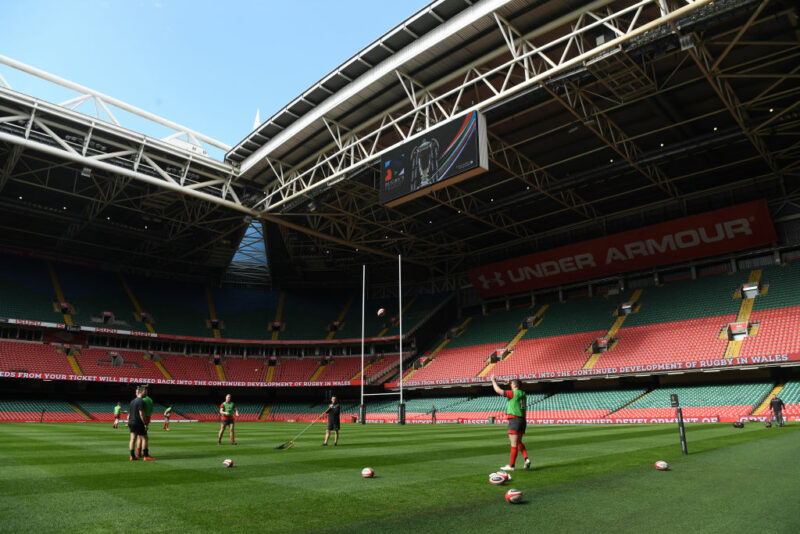 I can almost hear the twang of hamstrings as we contemplate the return to action of our professional players. Everyone is missing rugby – players, coaches and fans alike – but they must not rush into things once the government give the go-ahead for some form of return to normality.

I’ve heard it mentioned, although perhaps not loudly or often enough, that player welfare will be taken into account when the lockdown restrictions are eased.

Some have said it will take four weeks for the players to get ready to play again, others have mentioned five.

What we mustn’t do is rush back into things just for the sake of money and put the players at risk of injury. They are all doing their best to try to stay in shape at the moment, but it can’t be easy.

When they are allowed to re-group, train together again and then prepare to play, they can’t be allowed to rush things. If they do, the busiest people at every club will be in the medical and physio department.

I remember before the 2007 Rugby World Cup I was forced to train on my own all summer. I had had operations on both arms and had to try to train with two casts on. I was always a good trainer, always wanted to be the fittest and the fastest, but I found I had nobody to motivate me when I was on my own.

I didn’t know if I was doing enough, or training too much. Without your team-mates as reference points you are in danger of losing sight of yourself. A lot of it comes down to your own personality and how disciplined you are.

It can be mentally challenging when you aren’t working within a team framework, where people are urging you on, telling you off, laughing and suffering with you.

I’ve been keeping on eye on some of the players via social media to see how they’re getting on and they all seem to be putting in the effort.

But you will never know until you get back with your teammates exactly where you are at. And when that happens it is going to be really tough for the coaches to decide how much pressure to put on their players.

Yes, they will have big matches to target, but they will be dealing with some fragile players when they first regroup.

There is enough expertise though the excellent physical performance and S&C staff at all the clubs to put together appropriate programmes, but it is going to be a real challenge for everyone to be right up to speed when the games begin.

The players will need very careful management to prevent injuries. Sprinting will be one of the things many players won’t have been able to do and getting the muscles working at full speed and full capacity is going to be key.

The other thing for the coaches to consider is how the players will react to playing in empty stadia. There is a real possibility that when professional football and rugby do finally return that games will have to be played behind closed doors.

When I was playing the crowd were always a key part of the occasion and certainly had an effect on my performance. Playing behind closed doors would be bizarre, but we are living in bizarre times!

I loved playing in front of big crowds and hearing them shouting for my team or even chanting my name. It’s what gets the adrenaline flowing in every player and only being able to hear your own coaching team from the sidelines would be difficult.

All that is, of course, in the future and as much as I am missing rugby and live sport, keeping everyone safe from this terrible virus has to be our biggest concern at present. When we are allowed out again, and to throw or kick a ball about, I’ll be there.

I’ve managed to watch a few old ‘Classic Matches’ with my son, but there is nothing like the real thing.

Just watch out for those hamstings!

Saddle sore but it’s a lot better than running

It seemed like a good idea at the time, and I didn’t want to let anyone down, but as last week wore on, and the miles built up, I must admit I started to feel the strain. After all, 774 miles on a bike in your garage isn’t the easiest of challenges – especially at my age!

It’s all about delivering back to the charities that I was due to support on six events this year – my own ‘Tour de Shane’ in St David’s, Pembrokeshire; Cardiff to Tenby; the Tour of Pembrokeshire; the Ironman and Long Course events in Tenby and the Three Canyon Ride, through Arizona, Utah and Nevada.

I’m very proud to be a Patron of the Velindre Cancer Charity, along with Jonathan ‘Jiffy’ Davies, and the total mileage would have totalled 774. I’m encouraging as many people as possible to join me via the Zwift indoor cycling app over the seven days.

I got into shape for my week of saddle-soreness by joining Geraint Thomas on his recent charity-raising ride for the NHS. He used Zwift and cycled for 12 hours each day for three days. He covered 100 miles more than me in the end, but at least I can say I rode alongside a Tour de France winner…for a very short while!

I’ve got massive respect for Geraint. He’s only 70kgs, yet the power and endurance he possesses is simply remarkable. I’ve really grown to love cycling since I hung up my boots and all I can do is admire what he does and what he puts himself through.

I found that running left me in pain given the number of injuries I sustained during my playing days, so cycling has proved to be the perfect exercise for me. It also suits the part of the world in which I live, with the Black Mountains and the Brecon Beacons on my doorstep.

You can join in with Shane via Zwift by pledging £25 and searching for ‘Shane Williams 11’; or you can follow his progress via Twitter @shanewilliams11 or Instagram @ShaneWilliams. You can help him reach his target by donating here: uk.virginmoneygiving.com/ShaneWilliams