Home / Features / Columnists / Guscott column: Empty stadiums? You would be surprised by the chatter

Guscott column: Empty stadiums? You would be surprised by the chatter 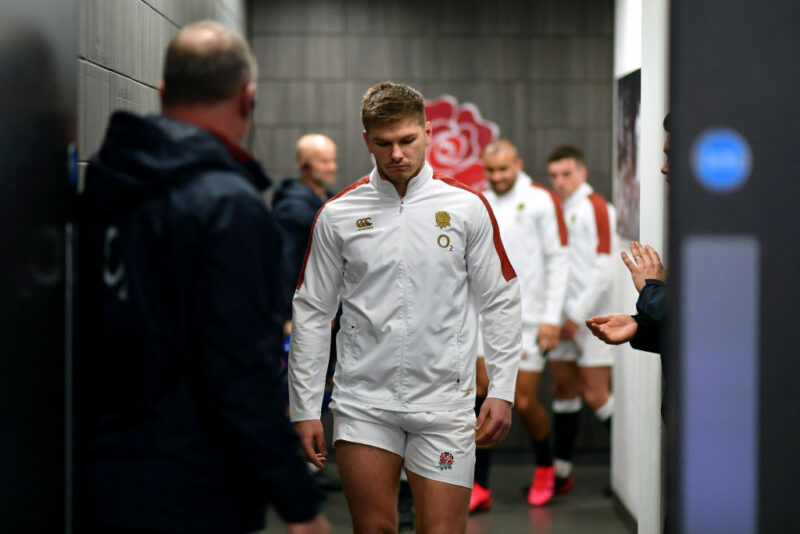 MY first thought about playing two instalments of the Six Nations next season, with the earlier one replacing the October/November Autumn series window, is that the overripiuding consideration should not be about money, but whether it is safe to play.

Who knows at this time what the right thing to do will be six months from now?

What we do know is that the logistics for full stadiums to come back is a huge decision, although the urgency to fill the October/November international window will also be pressing because of the potential loss of income to national unions.

This could mean that whatever games are played will be behind closed doors – although it seems unlikely that the southern hemisphere teams will come to Europe to play televised matches in empty stadiums.

However, the bulk of the revenue that underpins all Rugby Union is television money, so the desire to get matches on for the armchair audience, even if there is no live crowd, will be very strong.

The atmosphere will be surreal, because if you take the crowds away it is hard to imagine that there will be any home advantage.

There’s even talk of staging games at a couple of locations, possibly Twickenham and the Ricoh Stadium to lessen interruption and help social distancing among the general public.

As an international player you train in front of empty stadiums like Twickenham, and I’ve taken part in captain’s runs in most international rugby stadiums across the world. It’s weird when you hear the thud of the ball as it hits the empty stand, or when you can clearly hear the scrum-half’s call or the line-out code when you know it will be drowned out by the roar of the crowd 24 hours later.

I think it will be an interesting experience for the viewer to hear how much chatter goes on during a match… currently you get a taste from the ref camera or ref link.

Staying in hotels around match days could also be a pretty odd experience for players, and my sense is that a Six Nations behind closed doors will be strange.

That said, it’s your job as a pro player, and you get on and do it. We are all going to be craving sport, so anything we can watch will be a great bonus.

There’s also the small matter of having to finish the 2020 Six Nations first, and it’s pretty clear already that broadcasters are looking at every possibility in order to fill their schedules.

It will be a great pity to miss the Autumn ‘friendlies’, which are appealing because otherwise we don’t get to see teams like New Zealand, South Africa, Japan and Australia – and they are hugely anticipated because our usual diet is the Six Nations.

It all seems a long way off, although it’s hard to imagine that the Premiership clubs would not want a financial return if the international calendar is altered. Even so, it needs to be discussed to make sure that rugby is rescheduled, contracts honoured, and broadcast fees retained.

The game will come back, but how quickly is the question. The financial pain is deeply worrying, and therefore anything that lessens it will be greatly appreciated.

It’s unlikely that the television audience will be disappointed – although making matches meaningful for players will be essential, and could require a knock-out format, perhaps with a plate competition.

Rugby players are competitive, and although you can adjust to having no-one there apart from a few cameramen, it will be new – and a bit bizarre.

There’s talk of the German Bundesliga returning to play football on May 9. Their masterplan covers all possible eventualities, number of people needed to put on matches, hygiene, screening and social distancing measures. We’ll watch that carefully.

Another lockdown talking point is allowing players from smaller national unions – such as the Pacific Islands – who have played at Test level for one of the big international teams such as New Zealand, France, Australia, and England, to represent another country.

More specifically, it would be the land of their birth, or that of their parents, or grandparents, when their contract with an adopted country finishes.

One of the main questions is how many seasons it must be before you can play for your country of origin, especially as the residency qualification is switching from three years to five.

For instance, should the Bristol and All Black wing, Charles Piutau, be allowed to play for Tonga, the land of his parents, now he is 28 and no longer in New Zealand’s plans?

The nicest thing would be to say yes, but would it be right? It is unlikely that it will stop players from the Pacific Islands going to Australia, New Zealand, England or France – and it is also unlikely that a Pacific Island players will risk their livelihoods with a European club to play a few games for their country.

It is complicated, and no one wants club-country wars. I know that I enjoyed watching Fiji in the 2019 World Cup because they had the most exciting backline in the tournament, and were truly entertaining, despite having so many of their players on overseas club contracts.

Overall, I’m happy with what I know – and if there is pressure on World Rugby to change what we have now, then it is crucial that they look into the future to see what eligibility scenarios might develop before they make a decision.