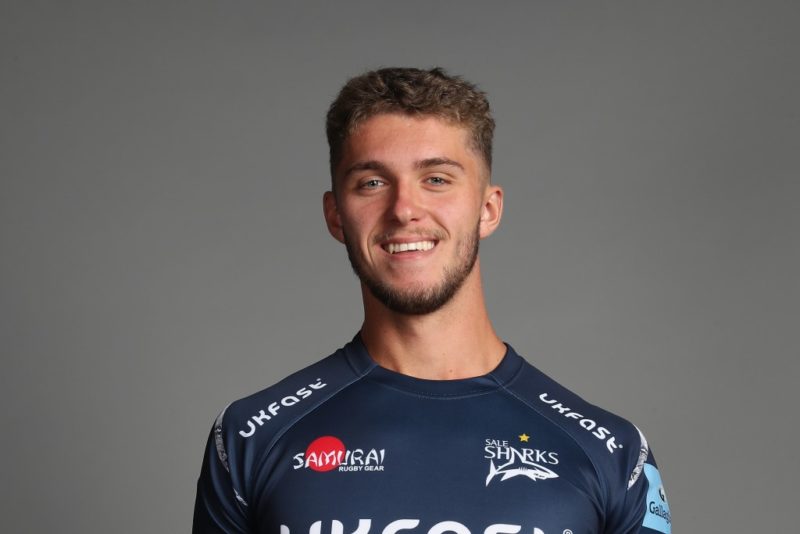 Rouban Birch admits he couldn’t believe his luck when it was announced that South Africa second row superstar Lood De Jager would be joining Sale Sharks next season.

Many players might see the arrival of a seasoned Springbok international as a threat. However, after spending last season on loan at Preston Grasshoppers while playing for Sale Jets and enjoying first team game-time in the Premiership Cup, 19-year-old lock Birch is ecstatic.

He said: “Before he signed, we still had the likes of Bryn Evans, who’s an ex-All Black, and Josh Beaumont, who’s played for England, so to have a signing of the calibre of De Jager as well is amazing and it’s something I’ve got to make sure I take full advantage of.

“I don’t see it as a threat to me at all. In fact, as the youngest second row at Sale by a number of years I’ve just got to use it to better myself and keep learning. I’ll be like a sponge and will soak it all in while I get better physically so I can match-up against those guys.”

It’s that sort of head-screwed-on attitude that persuaded Stockport-born Birch to leave home at 16 and move to the renowned Sedburgh School, with whom the former Stockport, Wilmslow and Lymm RFC junior claimed Daily Mail Cup and Rosslyn Park 7s honours.

He explained: “I’d been playing U16s rugby for Sale but managed to get offered a scholarship at Sedburgh. It’s tough to leave home but it’s one of those things where if I wanted to progress my career and make it professionally, I had to make sacrifices.

“It’s one of the best things I did and, after playing wing during my junior days, it helped me enhance my effectiveness at lock. After finishing at Sedburgh last year and returning to Sale, I’ve been playing for Preston Grasshoppers as well and that’s been amazing.

“Their coach, Paul Arnold, used to play for Sale and it’s been a good transition from mainly boys’ rugby into the men’s game. They might not be the most skilful players in National Two but physically they’re big. Some have been there 15 years and don’t muck about.

“As a young player you need that experience and next season my loan clubs will be Sale FC and Doncaster Knights, so that will be another step up and, hopefully, I’ll be able to keep developing while also getting a bit more first team rugby at Sale Sharks.”

Birch’s previous experience as a winger comes in very handy and he cites three of the world’s best second rows as the gold standard he aspires to: “I like Maro Itoje because he’s an athlete, isn’t he? He’s not just your standard big lock, he’s mobile too.

“I love Eben Etzebeth’s aggression and then you have Brodie Retallick, who’s a very skilful player for his size. Retallick has a good turn of pace and being an ex-winger myself, that’s something I pride myself on and it’s a very useful point of difference.”