Guscott column: Owen Farrell has a host of questions to answer 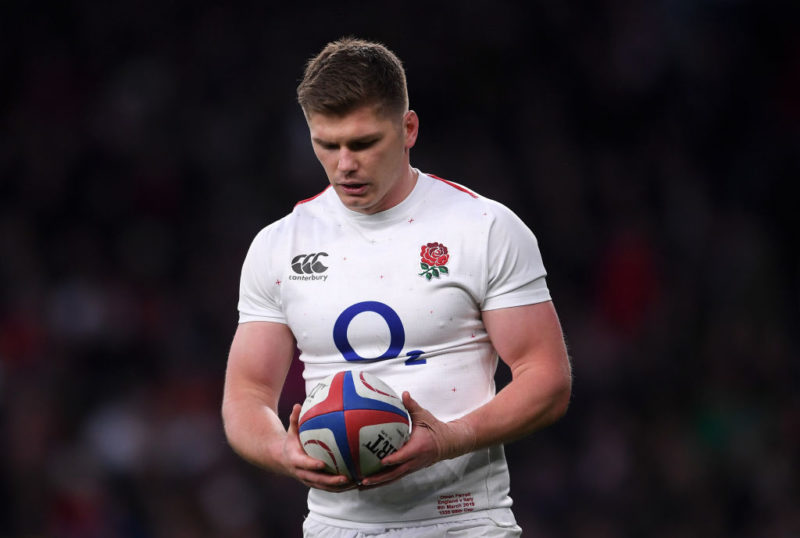 Well done to Wales for winning a brilliant Grand Slam, but it just goes to show once again how fine margins really do make a huge difference in international rugby.

Wales didn’t always produce the greatest rugby, but it was certainly the smartest rugby built on solid defence. They blew Ireland away, and Joe Schmidt’s side – the pre-tournament favourites – didn’t ever look like they were going to get into the game.

England blew their big opportunity in Cardiff – they had the chance to win and they didn’t. Wales took theirs and that’s the difference between winning a Grand Slam and not. And while Wales will go into the World Cup full of confidence, England have a lot of work to do especially after their second half capitulation against Scotland.

Wales were ranked third in the world before the tournament – now up to second – and certainly played like it. They delivered on Warren Gatland’s promise before the Championship when he said that if they won in Paris they would go on and win the whole thing. They started very poorly against France but fought back and lived to play another game and ended up with the Grand Slam. A fantastic effort that shows their character.

As clinical and relentless as Wales are in their defence, England need to match that in sharpness throughout the 80 minutes. There is a frustration that they could play that well in the opener against Ireland and finish so poorly against Scotland – and people will question that performance in Dublin now because Ireland have shown they are not the side of six months ago, let alone 12 months ago.

Maybe people will now pick holes in that first performance but I find that hard on this side as England were so good in that match.

Ireland’s Championship has been littered with mistakes we just aren’t used to seeing them make. And because Joe Schmidt is such a detailed coach, the team become detailed and those errors they’ve been making has knocked them out of sync and they’ve not been able to recover.

England showed they weren’t a smart team against Wales and that’s a worry moving forward. You can’t be that naïve and expect to win a World Cup. Can it change? It can, but it has to come from Owen Farrell and he must adapt quickly.

He was charged down against Wales, again against Scotland which cost the first try. For a player of that calibre you really should not be charged down. It’s slightly embarrassing. It’s down to a lack of time, lack of understanding, lack of vision – Farrell’s lacking a number of things.

It kind of sums up where England are as a team right now. They need to really nail down these easy, in-your-sleep, skillsets because ultimately the ability not to stop kicking the ball away lost them a Championship. The inability to be more accurate in what they were trying to do was sad to see. And last Saturday was more of the same in the second half against Scotland with their failure to arrest the slide and regain momentum.

Eddie Jones played a big part in the Cardiff flop as his best player generally – Farrell – should have come off, likewise his No.9 Ben Youngs. They needed a change of thinking that Eddie didn’t have the balls to do. He thought they’d turn it around and while they did have the opportunities they couldn’t deliver. It felt similar at Twickenham with the half-backs only changed late on with George Ford sniping through for game-saving try.

After the Wales game supporters were left wondering if they would learn from their mistakes. Well, it has happened again and only time will tell if they’ve learnt anything when they get into another similar situation.

They have France and Argentina in their World Cup pool. France are appalling and should not be in contention for the trophy on what we’ve seen, while Argentina may be a force again under Mario Ledesma – but their first real test will come in the RWC quarter-final – likely against Australia or Wales.

At this level you only have to be off a little bit to lose and it’s proved that way throughout the Championship: England were off against Wales, they lost; Ireland were off against England and Wales, they lost; France were off their game away from home, lost; Scotland come with great promise and yes they’ve had a lot of injuries, but when they’re not on their game they lose and when they’re on it they can put together a second half like that.

You’ve only got to make six or seven errors in crucial times or positions to let the game go. Therefore England must have a mind-set that doesn’t allow them to do that. They’ve got a skillset that has been ingrained, nurtured and improved throughout their adulthood so when they get into a tight, hard emotional game they can’t give away those penalties or knock on those balls; they just can’t because they’re not supposed to.

That’s where England have to get to. They showed a level of performance and aptitude against Ireland they need to recapture and present every time they play. One of the big reasons Wales won the Slam is their consistency throughout this championship has been their one big plus.

Their attack hasn’t been amazing but off the back of brilliant defence they’ve won the tournament. And off the back of that those wins have built confidence. As Gatland said, they’ve got used to winning.

And that confidence should be sky high going into the World Cup having already beaten Pool rivals, Australia.

There seems to be more pressure on England when it comes to the World Cup. Expectation is big but the players have to live with it and that’s what makes a good team into a great team, and then into a World Cup-winning team. They also have the extra baggage of being knocked out in the 2015 Pools so if they were to slip up against France or Argentina everyone will be thinking ‘Gosh, not again’. They couldn’t live with the emotion of Cardiff but they will have to live with huge pressure in Japan if they are to succeed.

Mental fragility aside, on the whole the squad looks in good shape – it’s nicely competitive.

I was surprised Joe Cokanasiga was left out. Unlike Jones, I think the more he plays the better he will become. He is a well-balanced level headed young man who I don’t think will be affected by who he is on the rugby field. He has to bypass the mention of Jonah Lomu in the same breath as Cokanasiga, suck it up and move on. It’s not a bad thing to be compared to Lomu – Eddie shouldn’t hide from it, just be consistent in your message.

Joe is his own person doing his own thing. If that happened to be similar to Lomu when he’s finished then great, but right now I think he’d be better suited playing games. It would have given him a chance to work on his defence and score a couple of tries.

There have been some good personal performances from this England side. Tom Curry on the openside has been outstanding. He got his opportunity after injury to Sam Underhill and really has grabbed it, as Underhill grabbed his when Curry was injured in the Autumn.

While I would have rested Curry against Italy, he’s full of running, full of tackling and making turnovers. He really is becoming a quality player.

Eddie is spoiled for choice in the second row. Any of the four – Joe Launchbury, George Kruis, Courtney Lawes or Maro Itoje – can play well; Kyle Sinckler is becoming a handful at tighthead and Jamie George is establishing himself at hooker. Mako Vunipola will be back at loosehead and while brother Billy has not been the usual superstar, he’s put in his graft.

Farrell has had an indifferent Championship. He will shoulder a lot of the blame for the Welsh defeat, as will Youngs. And this failure to concentrate fully at crucial times was highlighted by the whole team in the second half. They had an opportunity to chase a record win but instead they switched off again and let momentum escape.

Manu Tuilagi needs to be given the ball more – just send him in hard and flat. Get him involved in the game because he’s so hard to bring down. Henry Slade is establishing himself and these days outside centres are today known more for defence rather than great attacking runs.

He had some nice runs and deft passes which we would expect from man who’s played fly-half and has a good skillset.

The jury is still out on Elliot Daly whether he will be England’s starting full-back come the World Cup. Good against Ireland under the high ball but not overwhelming for the rest of the Championship. If Anthony Watson gets back fit and finds anywhere near the form he had before the injury, he will likely be No.15. Jonny May will be on one wing with a scrap between Jack Nowell, Cokanasiga and maybe Chris Ashton to decide who goes to the World Cup.

It’s nicely competitive. They could have been going in with a different mind-set as Six Nations champions if not for a couple of poor halves of rugby – they are not, they have to get over it and get ready for a massive push through the run up games ready to set the world alight in Japan.