Home / Features / Columnists / The 4:30am phone call that ex-France coach Guy Noves will not forgive

The 4:30am phone call that ex-France coach Guy Noves will not forgive

Posted on 19th March 2019 by admin in Columnists, Featured, Features 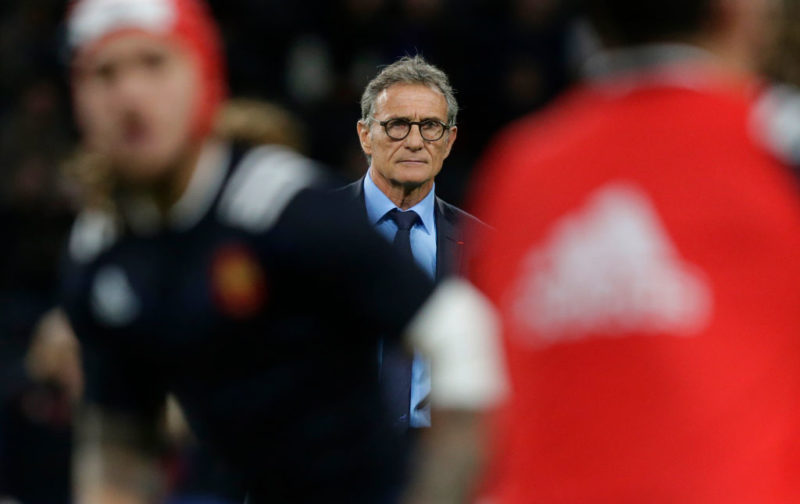 Former France team boss Guy Noves did not pick up the phone that dis-turbed his sleep at 4.30 in the morning. And, when he later heard the abusive, obscenity-strewn message his caller had left, he was utterly disgusted.

Noves recognised the voice of a former French international being egged on by pals after a celebration last June to mark the 20th anniversary of a Stade Francais title win.

One who later sent him an apology to which he did not reply while taking care to keep the original recording.

Moscato, now a chat show host, has denied on air it was him, Marconnet has not been asked and Dominici said: “Noves can say what he wants. I am not interested. He has been complaining a lot recently.”

All three played in the decisive victory over Perpignan which won the trophy under the command of Bernard Laporte, who attended the bash after firing Noves a few months later.

Noves says: “I will have it out with the person next time I see him. He has done something stupid. It is pathetic, but he is not the one I am fighting against.”

No, that is Laporte, himself, president of a France Rugby Federation from whom Noves demanded £2.5 million at a recent employment tribunal hearing. He must wait until April 8 for a ruling on a matter all the more savoury for coinciding with the Six Nations tournament.

It was an affair more intense than Noves had ever experienced while masterminding Toulouse to ten French championships and four European Cups. For a start, he was accused by the Federation lawyer of being motivated by “overweening pride”, of considering himself to be “a living statue”.

The legal eagle went on: “Noves was a god at Toulouse and decided everything. Things were not the same at the Federation. There was a hierarchy there and he could not stand it. He was continually disobedient.”

Noves, who claims he was deliberately undermined by Serge Simon, Laporte’s right-hand man, admits the violence of this personal attack deeply affected him. He adds: “I thought these people would have a minimum of class. Listening to them, my life was worth nothing at all.”

All of whom, no doubt, will have hardly endeared themselves to national selector Jacques Brunel, Laporte’s long-time friend and successor to Noves.

Laporte went on TV shortly after sacking Noves to explain he had no choice after ordering a consultation with players about his management.

Noves responds: “Where is the evidence from players? This audit does not exist. They have been incapable of producing it, even before the tribunal.

“I have had a huge number of messages of support. I will not name all the players. On the other hand, I have never heard anything bad about me from any player. In the media or in the Federation’s dossier.”

There was much speculation in the French media that Noves, appointed by previous president Pierre Camou, would be an early victim of Laporte’s new reign. Their highly-charged club rivalry had left its mark, it seemed.

Noves produced two witness statements to give credence to that scenario, one from a former Federation official and the other, Rene Bouscatel, former Toulouse president and League management committee member

The latter, says Noves, had officially signed a document in which he quoted Laporte as telling him: “The first thing we will do is get rid of Noves.”

This affair may not conclude with the verdict next month, for both sides are ready to appeal if it goes against them. Even then, Laporte may find he has made a dangerous enemy of Noves, so dedicated to striking back he does not rule out a counterattack on the presidency.

A dissident group which include former France captains Serge Blanco and Fabien Pelous plus ex-France managers Jean-Claude Skrela and Marc Lievremont are expected to launch a bid to unseat Laporte next year.

They will find a serious backer in Noves who says: “I have a personal problem to settle first but, if they go forward with this, I will support them against those who killed me off.

“If Laporte goes left, I will go right and conversely. The same goes for Serge Simon. I want especially to avoid them. But it is true I will support with all my strength those who oppose them. There will never be any forgiveness from me.”

It is almost as if he feels that Laporte would not really have condemned that disgraceful phone call from his players too severely. The main culprit admitted he could not remember what he said. A memory lapse Noves, it is clear, will never, ever share.