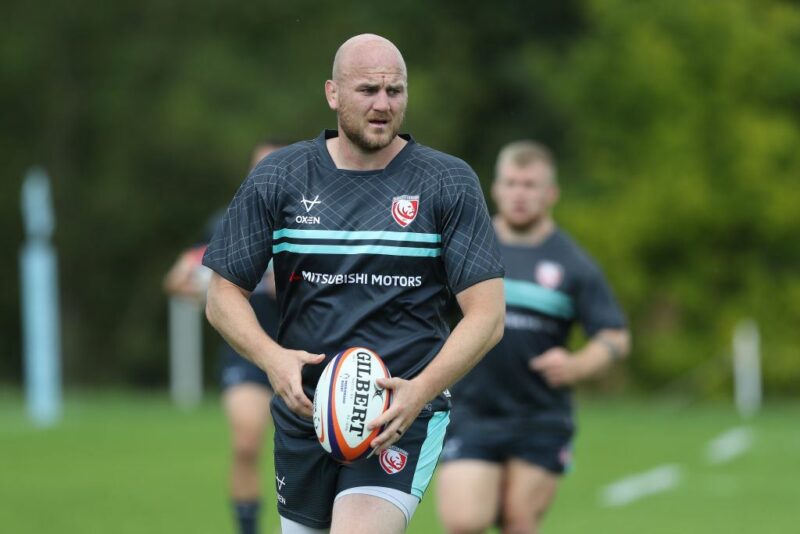 At present, clubs must wait until January 1 before discussing terms with potential new signings – a regulation that is widely abused but also contributes to many players not knowing until February or March whether they have jobs for the following season.

Garvey, 32, discovered in late-February that he would not be retained by Bath, leaving the Premiership stalwart facing early retirement before last week being offered a lifeline by George Skivington at Kingsholm.

He now has three months to prove he is worthy of an extended deal.

Garvey told The Rugby Paper: “This season’s obviously been exacerbated because of COVID-19 but the whole format of contracts needs to be looked at and when you go into your final year at a club, you should be able to start securing your future straight away.

“Boys have families and wives or girlfriends who might be in jobs they enjoy, but then you find out at the end of February or March that you’re not getting a new contract and you’ve either got to move, travel a long way or quit and find another source of income.

“If a football player goes into his last year he’s entitled to start looking straight away, but in rugby we have this January 1 date for clubs to approach players and sometimes that leaves you high, dry and hanging when you might have secured a future elsewhere.

“We all know some players get early approaches when they shouldn’t, so why don’t we just have more transparency? If you’re in your final year you should be able to negotiate elsewhere, and it also means your existing club have to act faster if they still want you.

“Mostly, though, if you go into your final year and the club’s not extended you, the writing’s probably on the wall anyway, but at least you’d have a full 12 months to find something. It would put the power back into the player’s hands and aid their overall welfare.”

Garvey admits the stress of not knowing whether he had a job or not took a mental toll prior to him joining Gloucester – a feeling that has not entirely gone away.

He explained: “It’s an incredibly tough time for a lot of guys who are without clubs. Things can change quickly, as you’ve just seen with me, but Covid-19 means it’s a dire situation for many people and it’s the worst year to be out of contract as a rugby player.

“There are so many players who are staring into the abyss of the unknown and it’s a very frightening place to be – I’ll vouch for that from personal experience.

“I don’t mind admitting I found that hard and you’d have people coming up to you saying, ‘Have you got anything yet?’. Saying ‘No’ is quite a tough answer to give, so you might lie and say there’s a few irons in the fire, but you know that’s not really the case.

“You feel fit and healthy and ready to carry on playing but then you start questioning whether you’ll play again and it can be a dark place, so what I’d advise people to do is keep reaching out to their former teammates because they will appreciate it.

“With the number of games coming up, clubs are going to be pulling in people right left and centre now, so I’d say to guys, ‘be ready to go at any time’.”

Garvey is determined to make the most of his Gloucester lifeline after being drafted in as a heavyweight replacement for two departed South Africans.

He added: “Franco Mostert and Gerbrandt Grobler have gone so Gloucester needed a bit of experience, which I’ll provide along with Ed Slater.

“It’s been a real whirlwind and from having no job, everything was done and dusted in 48 hours last week, so it’ll be good to just crack on now and enjoy it.

“A longer-term contract would have been amazing, but it puts me in the shop window and maybe I’ll get to stay a bit longer.”