Cardiff Met implore WRU to lead the fight against racism 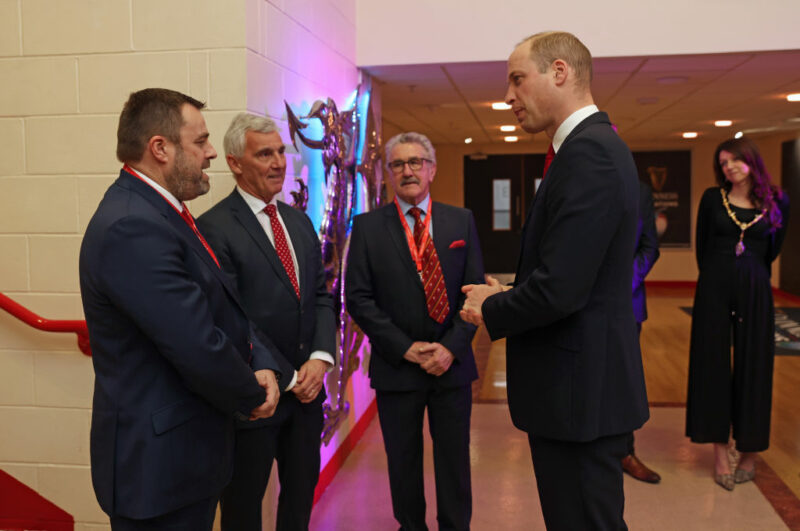 The Welsh Rugby Union are being urged to spearhead a global movement within the sport under the banner of Black Lives Matter.

Cardiff Metropolitan University RFC, whose 40-plus international players range from Sir Gareth Edwards to England’s Alex Dombrandt, are calling on the governing body to take the radical step of inserting an anti-racism rule into their constitution.

The club have sent the WRU a paper entitled ‘Black Lives Matter’ after one of their black students was racially abused during a Welsh League match last season. It asks the Union to make it obligatory for every club to tackle racism head-on by conducting annual seminars as a prelude to the season.

The paper, from club chairman John Pugh, brother of former WRU and IRB chairman, the late Vernon Pugh, challenges the Union to lead the way in showing the game at large how to eliminate racism:

“Recent committee members’ meetings and a separate assembly that included players’ representatives alongside our coaching staff and team management felt strongly the need to have an operational strategy to deal with the issue.

“These meetings have concluded that while we do not believe there is a prescriptive answer to racism, we do believe clubs should be helped in dealing with racism and racist behaviour on and off the field.

“This was contextualized for us as a club in that we experienced an occurrence of racist abuse targeted at one of our players during a game last season. We are advocating that racial abuse on the field and systemic racism should be covered by prescribed protocols.

“We define protocol according to the accepted definition, as a rule or system of rules that explain the correct conduct and procedure to be followed in both formal and informal settings.

“In that regard, and following scrutiny of the Union’s ‘Articles of Association’ and, more particularly, its Governance codes, we feel there is a protocol that can be inserted.

“Under the headline of Governance, there is a sub-title termed POLICY and INTEGRITY within which there is a further sub-heading ‘POSITIVE BEHAVIOUR.’ You list here how some clubs have posted their ‘codes of conduct’ and other guidance to their members.

“Our suggested protocol to be inserted within this sub-heading is thus:

“All clubs and associate member clubs are required on an annual basis prior to the start of the rugby season to conduct workshops or seminars or like meetings to discuss racism and racial abuse on and off the field.’’

The letter praises WRU chairman Gareth Davies for his unequivocal support of Black Lives Matter and challenges the Union to deliver ‘a clear commitment from the most senior levels of the WRU and the clubs’.

Pugh told The Rugby Paper: “In terms of rugby and Black Lives Matter, something has to be done. This is a big issue in football but it is also a major issue in rugby. We have to face that reality and take effective action, even if the problem gets worse before it gets better.

“This is a wonderful opportunity for the Union to say: ‘Hey, we have to do something really positive about this and come up with the right policy’.

“World Rugby should be looking at this. I want the WRU to take the lead, start the ball rolling and show everyone the way. They have our paper.’’

Cardiff Met’s initiative comes against a backdrop of black rugby players being abused in Wales. Dragons wing Ashton Hewitt, son of a Jamaican father and a Welsh mother, has spoken out courageously on the subject, saying: “If people were really equal, we’d see a lot more celebration of Black excellence and achievements.’’

Police are investigating an incident at Pontardulais RFC when team-mates abused their 22-year-old fly-half George Mbofana. He posted a video online appearing to show another Pontardulais player mocking the Black Lives Matter movement.

Llanrumney walked out of their match against Gwent club Trefil in January after their centre, Wayne Dacruz, had been racially abused. The WRU banned the Trefil player responsible for eight weeks.

England lock Maro Itoje, London-born of Nigerian parents, has called for greater inclusivity in rugby. “The need is to make rugby more open to all,’’ he said. “The RFU and PRL can do more to get into societies and communities that don’t necessarily see rugby as a natural sporting home.’’

Cardiff Met are still awaiting a response to their letter but WRU chairman Gareth Davies has given a clear lead on the subject. “Black lives matter,’’ he said. “We are not a political organisation but we are aware of our role at the very heart of Welsh culture and the responsibility that comes with that position.

“There are times when silence can be construed as an endorsement. It is not enough to be non-racist. We must be actively anti-racist in order to create a more equal society.

“There is no place for prejudice of any kind in Rugby Union. Rightly, there is a conversation taking place in wider society about ‘listening’ to the experiences of people who have been subjected to racism.

“We need to do that but equally we need to act. We must educate and we must make clear what is unacceptable.’’