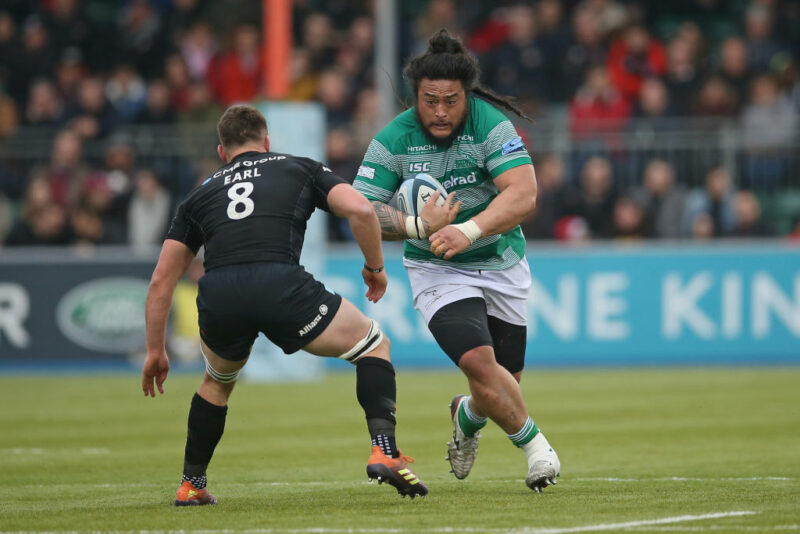 Bringing considerable experience to the Cherry and Whites front row, Mulipola has amassed more than 100 Premiership appearances in spells with Leicester Tigers and Newcastle Falcons.

“It’s great to have a player of Logovi’i’s stature joining us,” Skivington said.

“Logovi’i is a knowledgeable player who can play a key part in the remainder of our season. He comes with a wealth of experience, he’s strong ball carrier and a solid scrummager so I know he’ll come in and hit the ground running.”

The incoming prop appears to be an immediate replacement for Ruan Dreyer, who left Gloucester to return to the Lions last week.

Second row was also a position which looked threadbare for Gloucester after the departures of Franco Mostert and Gerbrandt Grobler.

But Garvey, a former member of Bath’s senior players group, looks set to form a new partnership with Alex Craig.

On the signing of Garvey, Skivington said of the back-five forward: “We are really happy that Matt has agreed to join Gloucester Rugby.

“Matt is a fierce competitor and a true professional, which is exactly the type of player we want in our squad.

“Through with his leadership, experience, and power, he will be a valuable asset to us for the remainder of the season.”

Skivington’s first match in charge as head coach will see Gloucester travel to Worcester on August 15.