Probyn column: The truth about why Mendez punched Paul Ackford 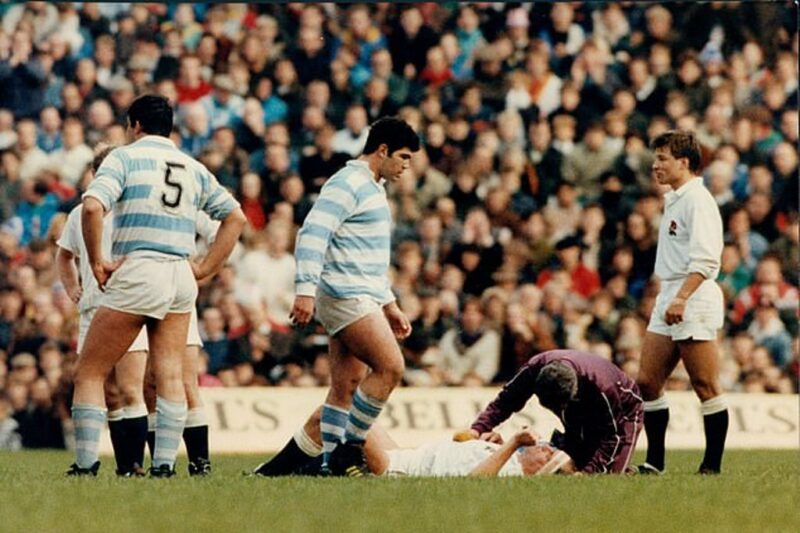 The first shock result of the World Cup fittingly provided by the hosts, Japan, against Ireland will certainly have focused the minds of all the Tier 1 nations.

Much as we all enjoy it when the underdog beats one of the big boys (unless it’s our team) the truth is it is unlikely to make much difference to the outcome of the Pools and therefore the quarter-final line-up.

Already we are seeing the usual suspects staking their claim for the knockout stages and by the end of next weekend, we’ll know who’s made the line up.

Much as I hate to say it, when a Tier 2 nation causes an upset it actually makes it harder for the rest, as all the Tier 1 coaches will be reassessing their team selections, having planned to field their second string players in those easier games.

Even though Japan have now beaten a Tier 1 nation in two World Cups, their path to the quarter-finals still needs them to take at least a point off Scotland or for Ireland to lose against Samoa.

For the team chosen by Eddie Jones to carry England’s ambitions forward to the knock-out stages, it was just as much a ‘World Cup final’ match as it was for the Argentinians, even though England had another chance to qualify against France if they needed it.

Playing Argentina is hard and in Argentina it’s tougher still – but even so, Argentina had won just four of their last 22 games against England, and have only ever won once at Twickenham.

Japan is a different environment to play in and although the England team have had time to acclimatise most of the Argentinian team have played there more often, thanks to the Jaguares’ and Sunwolves’ involvement in Super Rugby.

Before the match, World Rugby put out some stories about the many epic encounters between England and Argentina including the 1990 game at Twickenham made famous by 18-year-old Federico Mendez laying out Paul Ackford with a single punch. When describing the incident World Rugby said that I had admitted grabbing Mendez between the legs and that’s why he punched Ackford – but they got that wrong, as nothing could be further from the truth!

The England pack had driven the Argentinian pack back and they collapsed, at which point as I stepped over Mendez, he reached up and grabbed my groin, so I stamped on him to make him release.

I then fell over. Mendez got to his feet, looked at Deano (Dean Richards) and thought better of it and then punched Ackford who was facing the other way.

Federico got a red card and I was investigated for stamping on him but given the mitigating circumstances that he had hold of my ‘wedding tackle’ I was let off.

For Argentina last weekend the loss of Tomas Lavanini to a red card in the first half meant they were always under pressure and had to work harder as a team, which in the Japanese environment was always going to give England an advantage as the game wore on, particularly at the scrum and maul.

Sadly, what Martin Johnson said at the start of this World Cup has happened, a referee has decided the result of a game rather than the players.

While player welfare is and always should be a concern, referees and TMOs have been put in the invidious position of having to review incidences like Lavanini’s tackle in slow motion and then make game-changing decisions.

Nigel Owens made the right decision according to the laws but it spoiled the game as a competition and personally I feel if World Rugby had not criticised referees for the early games, it may have been a yellow card instead of red.

Having said that, England took full advantage, particularly George Ford, who kept constant pressure on 14- man Argentina and played one of his best games for England.

Unfortunately, as a result of the red so early in the game, we are yet to know if this England are the real deal or not as they continue into the knockout stages whatever the result against France next time.