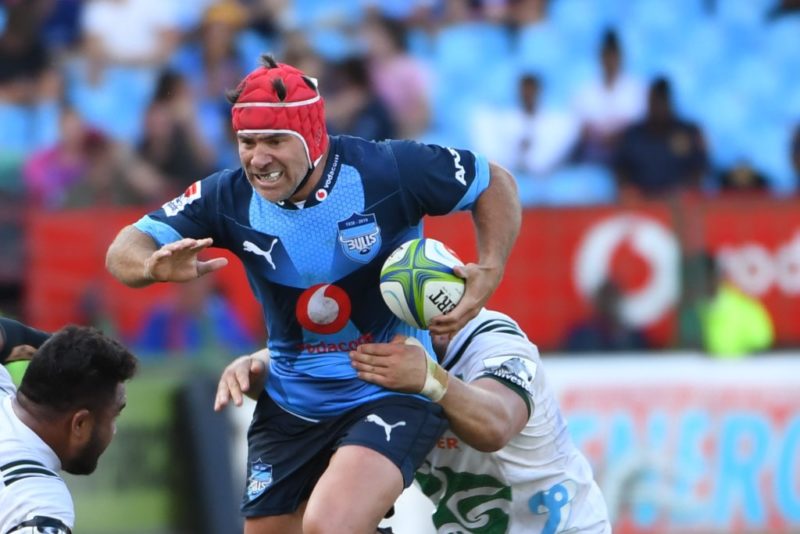 The distinction of being the Grand Old Man at the World Cup will almost certainly go to a hooker who keeps coming out of retirement.

Never mind Brexit, Schalk Brits has been looking for any kind of exit, naturally enough after 17 years as one of the most admired professionals in the game. Given that he is a whole lot nearer 40 than 30, his retirement ought to have been nothing more than a routine event, the mundane consequence of time having run out.

Brits has been trying to quit for more than two years, starting with the announcement of his departure from Saracens on the assumption that he had come to the end of a long road. His first attempt lasted as long as it took England’s serial winners to convince him that he still had a way to go, that what he saw was a mirage, whereupon he rejoined the Wolf Pack.

One more season, he told Sarries, and no more. And when the season was done, Brits retired again, this time for real. The time had come ‘to sit back and have a beer, enjoy watching rugby and not getting bashed up’.

That was before Rassie Erasmus offered him a belated route back into Test rugby which explained why, within weeks of supposedly riding off into the sunset, he reappeared for South Africa against England at Cape Town last year.

Now, 15 months later, in his 39th year, he has made the biggest come-back of all straight into the World Cup, consolidating his status as the daddy of the old stagers.

When it comes to bounce-back-ability, the man is untouchable. Even if those countries yet to declare their squad pick the oldest at their disposal, nobody is likely to supersede Brits on seniority.

Brits is on course to be the third oldest World Cup player of all time, behind the Uruguayan No.8 Diego Ormaechea who led his country into the 1999 tournament at 40 and former Springbok captain Victor Matfield.

At the end of his last World Cup, in England four years ago, he was a few weeks older than Brits will be when the curtain comes down in Japan.

For all his powers of endurance over almost two decades, the man who won four English titles and two European Cups in nine seasons as a Saracen is unusually light in the cap department. He has appeared in a trifling 13 Tests since his first in 2008, a strike rate of almost one a year.

Worse still, Brits has made just the two starts, on debut against the Wallabies in Perth and a fortnight ago in Pretoria, against Argentina. That it came with the captaincy reflects the esteem in which Brits is held by

Erasmus and players such as Duane Vermeulen who acclaim him as ‘an awesome man’.

Brits’ repatriation via the Pretoria-based Bulls is an example of how Erasmus values experience and know-how over youth.

England and New Zealand have been busy jettisoning some serious experience of their own to make room for younger players.

Dylan Hartley, Danny Care, Mike Brown and Chris Robshaw share a pile of around 300 caps but none is heading for Tokyo. As for Owen Franks, binned after ten years and 108 Tests but still only 31, how brutal can the Kiwis be?

Coach Steve Hansen called Franks ‘a great All Black’. Perhaps that was a tacit admission that the centurion tighthead wasn’t quite great enough for the job in Japan – an ominous sign for all those aspiring to knock the holders off their perch.