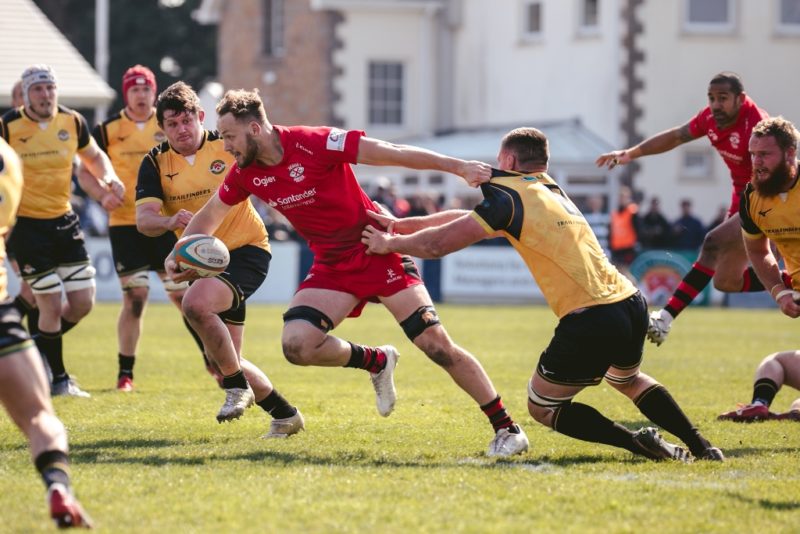 THERE was a three-pronged attack this week which culminated in a significant victory for the English Championship clubs, and a bloody nose for the Premiership ring-fencers.

The first victory for the Championship came in the form of the battling Jersey Reds – who finished fourth in the table last season – beating Russia 35-22 in Moscow just before the Russians participation in the 2019 World Cup.

The Jersey victory over an international side is a result which, among other things, demonstrates the potential of the Championship, and why it should be valued by the RFU much more highly than it has been for the last decade.

Hot on the heels of that triumph came the news that the Championship clubs have rejected a desultory Premiership attempt to end promotion and relegation by increasing the second tier league’s annual funding from £1.7m to a still paltry £2.2m.

The upshot is that the Premiership will continue to be a 12-team league in the forthcoming 2019-20 season, with one team promoted and one relegated. For all the highs and lows along the road this season, check out the best gambling sites here.

In the process, talks surrounding a 13-team Premiership in 2020-21 – with one team promoted from the Championship but none relegated from the Premiership – were also shelved.

This means that the Championship clubs have, very wisely, not agreed to the Premiership plan for a promotion-relegation play-off between the winners of the second tier league and bottom Premiership club.

Retaining their bargaining power makes absolute sense given that there are serious ring-fencing funding issues to be settled, and until they are addressed one up one down at least guarantees a Championship club the right to be promoted to the top league.

It is well overdue for the Championship clubs to stand up as one body and be counted. That they are at last doing so appears to have coincided with the appointment of Steve Lloyd, the Doncaster Knights president, as Championship deputy chairman for the coming season before he replaces Bedford’s Geoff Irvine – who has spent ten years as chairman – in June 2020.

Lloyd is a staunch advocate of promotion-relegation and has also wasted no time in making his views clear about improving the finances and status of the Championship.

He says that he wants the second tier to be recognised by the RFU and the Premiership for the invaluable contribution it has made already – and can continue to make in the future – to benefiting the clubs in the top league as well as the England team.

Lloyd says: “The objective must be to maintain free flow to and from the Premiership…and make sure that anyone who aspires to be at the very top of English rugby has that opportunity.”

The Doncaster president also cuts to the chase about the protectionist cartel structure employed by the Premiership clubs.

“At present we have a system whereby one of the 13 ‘cartel clubs’ within PRL gets demoted to ‘naughty boys corner’ for a season. However, that club receives a handsome parachute payment from PRL allowing it, effectively, to outgun all but the most strongly funded clubs in the Championship.”

Lloyd added: “It’s not just about whether clubs can get to the Premiership, the balance of funding is thereafter neither fair nor equal, with the playing field severely tilted… we want funding for the promoted club to reflect the notion of equality. When leagues were created in 1987, a ladder of aspiration was put in place allowing all English clubs to climb to the very top – Doncaster is such a club.”

Lloyd has put down a marker by articulating grievances about the Premiership cartel structure which are both legitimate and long-standing.

The next challenge for the Championship clubs is to remain united and focussed enough to set about dismantling a Premiership cartel system which the RFU should not have allowed to take root in the top English league in the first place.

If Rugby Union is to remain a vibrant part of the sporting landscape in England – or anywhere – the main requirement is a league structure based on a meritocracy, rather than one which is run like some ‘rotten borough’.