Cain column: Sorry, Bill but men and women are different 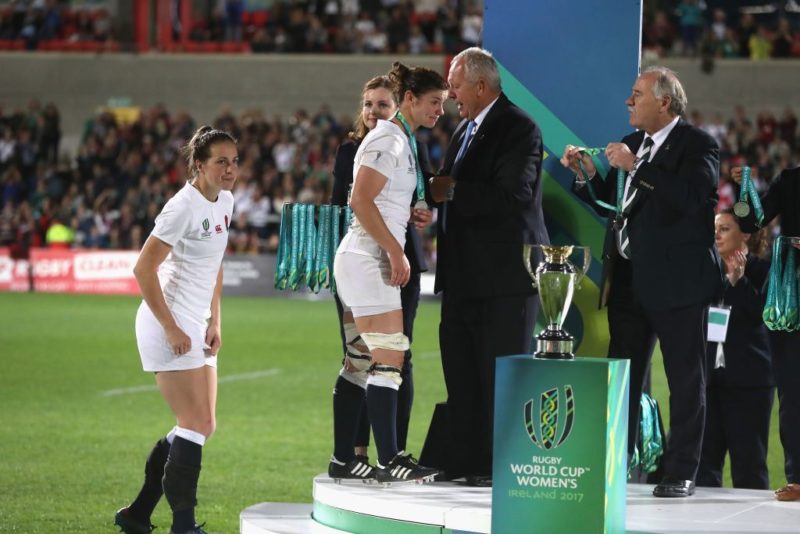 THE problem with some organisations is that they mistake the current trend for virtue signalling with doing their job. World Rugby have  just joined the realm of fantasists pushing the gender neutral agenda by declaring that from now on we will have two Rugby World Cups, one male and one female – which will no longer be differentiated by the the words “Men’s” and “Women’s”.

While it may be stretching it to suggest that there is the prospect of travel agents, as well as fans, getting their wires crossed and booking for one RWC tournament when they intended to attend another, the failure to differentiate between them is barmy.

For those of us championing the cause of common sense, and who believe that communicating clearly should be part of the remit of a governing body of a sport, such as World Rugby, this is a move in the wrong direction.

It was highlighted when Bill Beaumont, the chairman of World Rugby, offered this explanation of the agenda that his organisation is pushing: “Unintentional gender bias in sport is an ongoing issue. As a global sporting federation we need to be leading from the front on the issue of equality. By adopting gender balance in the naming of men’s and women’s rugby World Cup competitions, we are setting new standards…”

Let’s cut through the confusion. The common sense approach to governing this sport is to accept that as long as there are significant differentials between men and women rugby players in terms of physical size and power, it follows that both branches of the sport should be recognised in their own right.

That means acknowledging that the men’s and women’s World Cups are two separate tournaments, which while they are part of the same code, with the same values of team work and social inclusion, are not gender neutral.

This is because unless competitive mixed Rugby Union becomes a reality at professional and amateur level it is defined by the gender specific fact that in the interests of safety men and women do not compete against each other.

Rugby Union can do without the gesture politics its governing body indulged in this week. The 2019 World Cup in Japan could be a watershed for our sport because it is confronted by intractable issues capable of shaking its foundations – and that World Rugby have so far failed to address.

World Rugby’s attempts to create a global season structure for the professional game are fraught with difficulties. Their plans to create a World League/Nations Championship are in tatters, and while summer rugby is becoming an unwanted reality in the northern hemisphere, in the southern hemisphere there is the spectre of dwindling spectator interest in the competition structure.

There are grave concerns that the game’s bedrock as an amateur participation sport is crumbling in many of the Tier One rugby nations, with amateur playing numbers declining in Europe as well as in Australia, New Zealand and South Africa.

The proliferation of matches at international and club level means that player welfare in the pro game is becoming an incendiary issue. It has not been helped by World Rugby’s misguided law-making, with the increase in the number of replacements (eight), leading to an increased emphasis on power/weight at the expense of aerobic capacity, and the decommissioning of the old ruck leading to the introduction of high-hitting Rugby League-style defences.

With a longer run-up before the collision than there is in League, this has resulted in increasing rates of concussion and other injuries in the pro game – and yet World Rugby have not taken action so far to reduce replacements.

Set against this the rapid growth in women’s rugby over the last 25 years is a good news story that should be celebrated and supported. Opportunities for girls and young women to participate in the game should be backed by World Rugby, as well as national unions around the globe – and that is happening.

Funding from unions and broadcast and sponsorship revenue from flagship women’s tournaments, like the Women’s World Cup, have been reinvested in participation programs and coaching in schools and clubs – with England in the vanguard.

However, trying to force a one-size-fits-all mono identity on a sport which is trying to champion diversity is a contradictory nonsense.

We have 15-a-side and Sevens sectors for men and women which are differentiated not just on the basis of gender, but also because of the obvious numerical differences between the full and abbreviated versions of the game, as well as their different training demands and tournament structures. We have ten-a-side, we have touch, we have wheelchair. They are all under the same Rugby Union umbrella, but different.

World Rugby should embrace those differences rather than tinkering with gender “mission statement rebranding”. There are much more urgent issues they should be tackling – but here’s a bit of free advice to offset their no doubt costly rebranding bill.