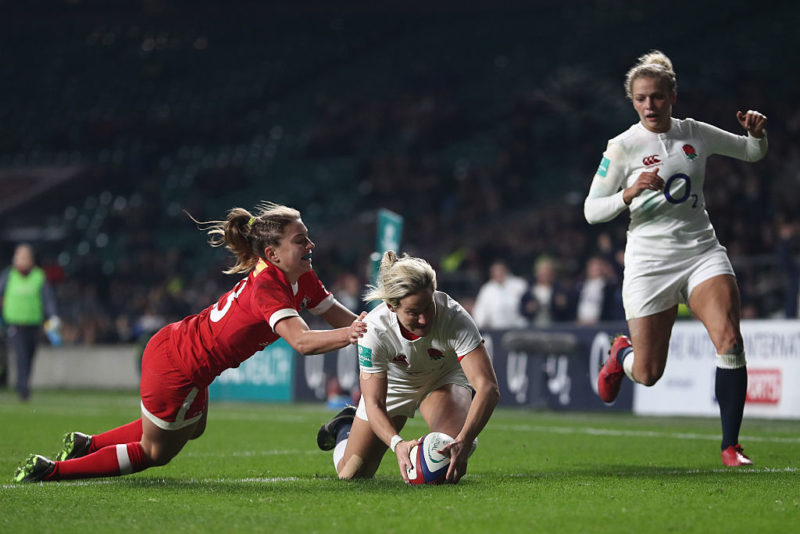 Highly respected by teammates and opposition having represented her country for over a decade in 2002, 2006 and 2010 World Cups. A loyal and thoughtful player who I assume, as an outside back myself, was a great scrummager!

Unbelievably passionate and proud. A great leader, never shy to roll her sleeves up and get stuck in, punching well above her weight.

First of the new age props; mobile, skilful and can execute a two-versus-one better than most backs. She also pulls a scrum hat off surprisingly well!

Fierce ball carrier, always a dominant force for the French momentum… and a baller for the second row, what more could you want?

Had an engine comparable to a marathon runner, could always count on her to make the corner flag try-saving tackles. At the forefront of any team banter.

One word…sensational! Never grabbed the glory or headline, just put her head down and fought for every inch. I’d back her to still start in any international team.

Playing France isn’t the same until you’ve broken a couple of ribs being tackled by Mayans. One of the best and most fearless defenders in the game.

Has been running over international No.10s her whole career. Chopsey and confident like any No.8 should be, would make a great bouncer!

Arguably the best skill set the women’s game has ever seen. Can rocket a 30m pass and offload like a Fijian. She’s also the life and soul of any after match party with her Missy Elliot dance moves.

Vision and game-management like no other and makes everything look effortless. Selfless decision-maker who never cracks under pressure.

Put the fear of god into every back in the 2010 World Cup. Diverse in her ability to play across the backline, great pace with her long-range finishes.

Epitomises  French flair, unconventional in her approach but has made a mockery of many international 7s and 15s opposition. Always good to share a beer with after a game.

Golden girl who has it all. Line breaks, perfectly timed passes and one hell of a boot. Above all, she is grounded and humble.

Impossible to defend as she can change direction without breaking stride or losing momentum. One of the nicest people I’ve ever met – every team needs a Lydia!

THAT step! Even when you know it’s coming you can’t defend it. She has been at the forefront of New Zealand’s success (7s and 15s) over the last decade.