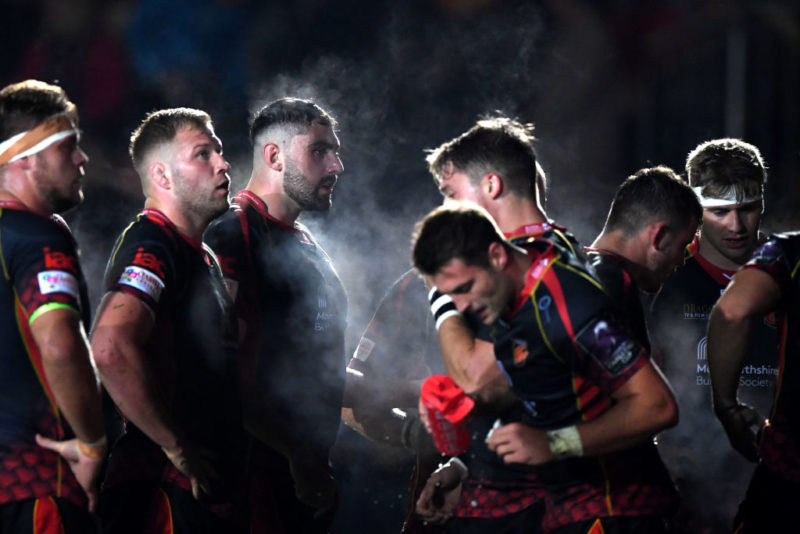 More than 50,000 will converge on Cardiff’s Superdome this weekend for the annual Judgement Day double-header featuring all four Welsh regions. It offers one last hope of a reprieve from the most severe of sentences.

A harsh judgement has already been passed on the under-performing quartet.

Regrettably, a harsher one could be on its way.  Their collective elimination from the play-offs for the PRO14 title will be completed on Saturday unless the Scarlets find salvation in a series of fortuitous results.

The sorry state of affairs could become a whole lot sorrier. A similar wipe-out from Europe’s premier club competition would take some explaining even if the red lights have been flashing for most of the season.

Welsh rugby has been stumbling ever closer to the most embarrassing of Brexits within weeks of winning the Grand Slam.  Every door, it seems, has either been slammed on the Slammers or is about to be.

The doomsday scenario remains a threat, that of all Six Nations being represented in the Champions Cup except the one whose national team beat everyone else’s en route to claiming a lion’s share of the £15m prize money.

This season, for the first time, Wales  had only two contenders on the starting grid, Scarlets and Cardiff Blues – neither of whom survived the pool stage. In the worst of all Welsh worlds, that will be two more than next season.

Qualification ought not to be that difficult.  A place among the top six of the PRO14 guarantees it, effectively half the competition given that neither South African team is eligible.

All four Irish provinces have made it along with Glasgow.  The last automatic place will go to Treviso provided the Italians overcome Zebre in Parma. If they fail and Edinburgh end up being sold off down the Clyde by the Warriors, then any old Scarlets’ win over the hapless Dragons will put them through.

Should any one of those three events not come to pass, Scarlets will be relieved to take their chance in a play-off for the last European place available to the PRO14, reserved for the fourth-placed team in each conference. There is no guarantee they will get it.

At least one Welsh team will get that far – Blues or Ospreys whose collision on the big stage at the weekend gives Judgement Day a competitive edge, of sorts. A play-off between teams who have lost very nearly as many matches as they have won hardly does much for the credibility of the ‘Champions Cup’.

Champions of what? The Welsh regions’ aggregate record against Connacht, Leinster, Munster and Ulster in Ireland this season has been nothing if not consistent: Played 12, Lost 12, facts which make the nature of the one-sided Grand Slam finale against Ireland all the more surprising.

The most damaging of those defeats, as suffered by the Blues in Cork and Galway, cost the capital region their place in the PRO14 play-offs and automatic access to the European Cup.   When the chips were down, they came up short.

Blues fans will point to the injustice of a disallowed try in Galway last week which may, or may not, have given them a draw.  They ought to be pointing instead at their team’s losing retreat from successive trips to Italy during the second and third weeks of the season.There is no disgrace in losing to Treviso, as the Blues did 25-27 but the same can hardly be said of losing to Zebre, as the Blues did by the same two-point margin, 24-26 without the tiny consolation of a try-bonus.  In the final analysis, those dropped points turned out to be very expensive.

Ospreys lost four games on the trot at a time when Wales had stripped them of their best players but then the opposition – Glasgow, Ulster, Munster, Connacht – had all been stripped of theirs.  There were some mitigating circumstances, not least the fear that they were about to lose their every existence, never mind the relative trivia of a few matches.

To their credit, once the alarm bells had stopped ringing over their disappearance into a so-called merger with their bête noires from Llanelli and their future had been secured, the Ospreys promptly pulled themselves out of their plunge to oblivion on the field.

One more win will secure them a play-off, due reward for Rob Davies’ emergence as living proof of the old adage about cometh the hour, cometh the man, not that the Blues will appreciate the sentiment. Gareth Anscombe’s impending exit from the Arms Park to join the birds of prey in Swansea has caused them enough heartache without the double whammy of their season being derailed by the neighbours.

How ironic if Anscombe should eliminate his future employers by securing the Blues a play-off for Europe, probably against the Scarlets.  One club scrambling into the Champions Cup through the back door would still make this the most miserable of all seasons for the regions since their contentious creation 16 years ago.

Such a scenario would condemn the majority of those responsible for the Grand Slam triumph to the comparative wilderness of second-rate European rugby next season in the Challenge Cup and the consequent reduction in commercial revenue.