Home / Featured / My Life in Rugby: Bruce Reihana – former All Blacks, Chiefs and Northampton back

My Life in Rugby: Bruce Reihana – former All Blacks, Chiefs and Northampton back

Posted on 20th July 2018 by admin in Featured, Features, My Life in Rugby 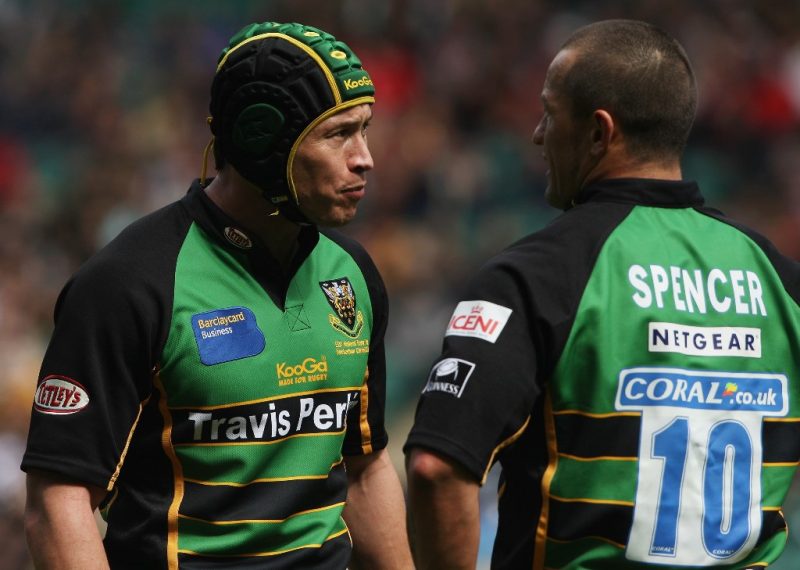 When All Blacks coach John Hart rang me up to say I’d been called up as a reserve for the 1999 World Cup, I thought it was one of my mates taking the mick so I hung up.

Carlos Spencer had done his knee and I’d been told to be on standby but, even so, I didn’t believe it could be real. A few seconds later, the phone rang again and the voice said, ‘Bruce, hang up on me a second time and you won’t be joining the All Blacks’. Finally it dawned on me it was him and I quickly apologised. A couple of hours later I left for the airport. I didn’t get to play in the tournament, but I was on the bench for the semi-final defeat to France.

A couple of years later I was capped, against France and Italy, and that was huge for me as I’d set that goal for myself when I was younger.

The hardest thing for me was bringing myself down from doing the Haka and focusing on the fundamentals of the game. The heart was pumping, and my muscles were tense, so it was pretty full-on. I was wearing the No.11 jersey – a big jersey to fill after Jonah. He gave me some wise words of advice before my debut and just told me to go out and be positive. To get a couple of tries against Italy was a great way to finish off the European tour.

A change of coach put paid to any hopes I had of playing for the All Blacks again, although I was fortunate to represent New Zealand at two Common- wealth Games. Ahead of the 1998 tournament in Kuala Lumpur we got absolutely smashed by Gordon Tietjens in fitness testing. But having a gold medal around your neck made it all worthwhile.

Throughout my career I adopted a philosophy of ‘head down, arse up’. I gave everything I’d got for whatever jersey I was wearing at the time, from Waikato through to Bordeaux-Begles. With Waikato I won the Ranfurly Shield twice which was a big thing back in the day and played alongside some legends of the game both there and at the Chiefs.

After the 2002 Common- wealth Games, where I scored in the final, I headed straight to Franklin’s Gardens for a medical.

Wayne Smith, the best coach I’d had, was the main reason for me going to Northampton. I had an offer to go to Japan instead but, no disrespect to rugby there at the time, that would have felt like my rugby career was over. Wayne made sure all the foreign players knew about Saints’ culture and I really bought into that and settled quickly; the club and its fabulous supporters became like a second family to me. At the end of my first full season I got a clean sweep of awards including the RPA Players’ Player of the Year. I should have retired then!

Relegation was obviously a low point but, as skipper, I felt duty-bound to try and help the club return to where it should be. Thankfully we achieved immediate promotion and captaining the club to victory against Bourgoin in the European Challenge Cup final not long after our return was a really special moment.

Entering my mid-30s, I decided that the time was right for a new challenge and I joined UBB in France. They’d just won promotion to the Top 14 with a youthful side and needed some experience. We had a tight-knit squad and managed to survive in the first season before qualifying for the Heineken Cup in my second. I enjoyed my time there, first as a player and then, after a year travelling with my family, as a coach.

Once I heard Pat Lam had taken the Bristol job, I wanted to be part of his backroom team because his philosophy is very similar to Wayne’s and I’m loving it here as skills coach.