Tom Mitchell column: Dallaglio’s victory in 1993 gives this tournament so much history 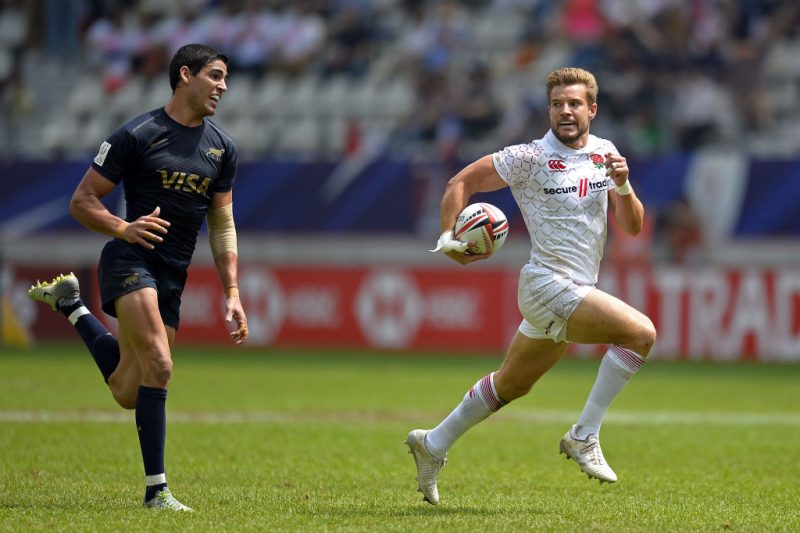 After winning a silver medal with Team GB at the Rio Olympics in 2016 and a bronze one with England at the recent Commonwealth Games, it would be nice to get the right colour in San Francisco. Training’s gone well and for once we’re doing things the right way round.

We usually train in freezing conditions here and then go and play in sunshine in places like Dubai, Hong Kong and Las Vegas. But it’s been lovely to train in the heatwave here this time and although it makes things harder physically at times, it should put us in a good place fitness-wise.

Unfortunately we’ve suffered a few injuries, with Dan Bibby and Ethan Waddleton going down in Exeter last weekend. You can’t take away from the fact that players like Dan will be missed. He’s been on the World Series for a long time and is a good bloke to have around, but we’re fortunate to have the rest of the squad fit and our coaches will tell you that selection wasn’t easy.

You’d rather have selection headaches than not and the two guys coming in, Will Muir and Will Edwards, below, have both showed what huge talents they are. Edwards played quite a lot in the World Series and Muir offers a lot as well. They’re both a bit older, have both been through university, and they’ve got a bit of perspective on life and will be able handle what’s thrown at them.

England won the Sevens World Cup for the first and only time in 1993. It’s not one I remember as I was only four at the time but seeing the video of it is pretty cool. Lawrence Dallaglio led that side so it’s great to be going into a tournament that only comes around every few years and when there’s history surrounding it, it makes it super exciting to be involved in something like this.

It’s difficult to take anything for granted in a straight knock-out tournament like this but if Samoa beat Uganda in their preliminary round match they’ll be our first opponents and we know they’ll be a strong side.

We’ve played them quite a few times this season and they have some talented players with a good blend of footwork and incredible physicality, which is difficult to defend.

Samoa will see this as a big opportunity to showcase what they’re about so it will be a good test of our ability to switch on and get things right from the start of this tournament.

If we get through that, it could be USA next and they’ll enjoy playing in another home tournament after taking the World Series title in Las Vegas earlier this year. It was awesome to see them doing well because for the growth of the game, it’s important for American rugby to thrive.

Their crowd will be juiced-up with it being knock-out rugby, but that will only add to the excitement and personally I can’t wait to get into this tournament to try to win that gold medal.