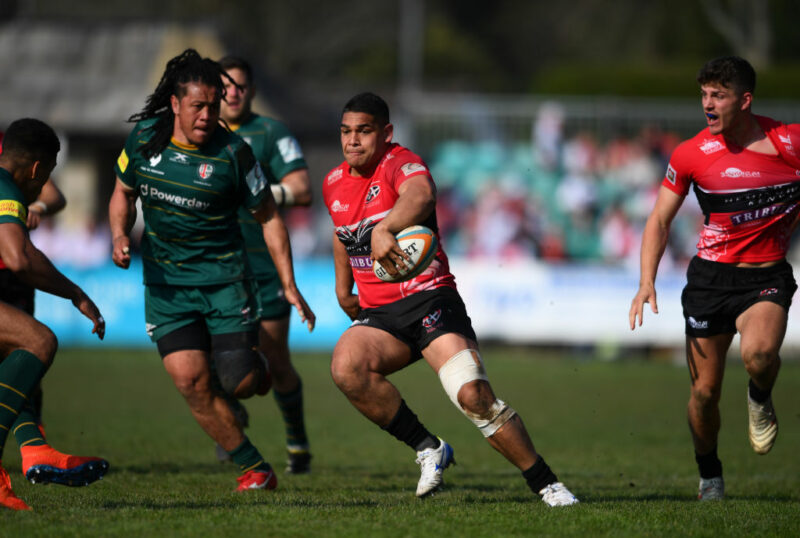 Northampton Saints have completed the signing of Sam Matavesi from Cornish Pirates.

Matavesi, also capable of playing in the back row, bolsters a hooker department which lost retiree Dylan Hartley from its ranks last month.

Present at the World Cup in Japan for Fiji, Matavesi played in all four pool games for the Pacific Islanders to add to his 10 caps at Test level.

After a loan move to Toulouse in the Top 14 last season, the 27-year-old now gets a taste of the top flight in English rugby with Northampton.

“This is a fantastic opportunity for me to compete at the top level of English rugby and I can’t wait to pull on a Black, Green and Gold jersey for the first time,” Matavesi told Saints’ official website.

“Northampton Saints is a club steeped in history and the team is playing a fantastic brand of rugby at the moment – plus having a few fellow Fijians here at Franklin’s Gardens is a nice bonus! I can’t wait to get started.”

Matavesi spent two years in Penzance and will balance his role at Saints in line with his commitmens to the Royal Navy.

Based at RNAS Culdrose where he serves in Navy logistics, Matavesi has also represented the sea-arm of the British Armed Forces in rugby.

The bonus-point victory taking Saints to the Premiership summit, building off the momentum of remaining unbeaten in the Champions Cup through the opening two rounds.

Cornish Pirates have emerged in the Championship promotion race, with director of rugby Chris Stirling making an immediate impact after joining the club in the summer.

Pirates are right there with Ealing Trailfinders awaiting any slip up from Newcastle Falcons, who have been faultless in going six from six in the league.