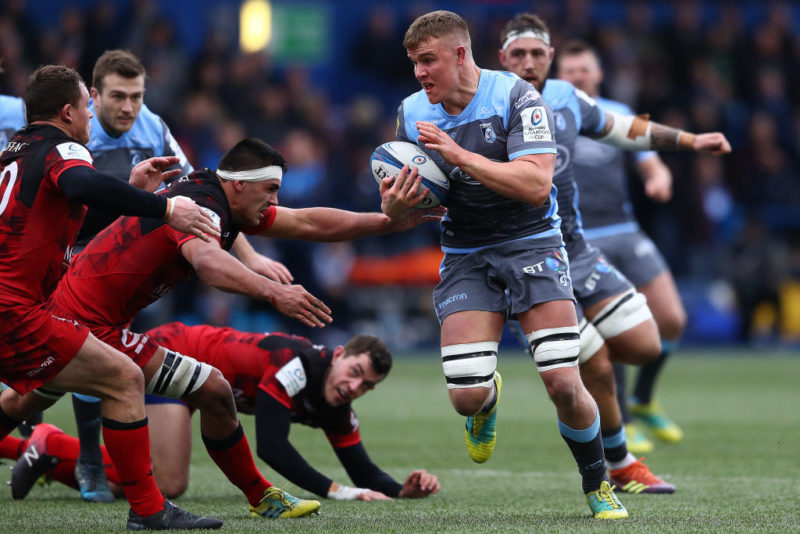 JOHN Mulvihill insists the Cardiff Blues must be more consistent if they are to take a giant leap forward and reach the PRO14 play-offs for the first time.

The Australian, is about to embark on his second season at Cardiff Arms Park after a rocky first campaign undermined by Welsh rugby politics.

And he insists making the PRO14 play-offs is the minimum goal for his side as he targets winning silverware over the next couple of seasons.

“As a coaching group there’s two basic goals for us,” said Mulvihill.

“We have to get out of our pool in the Challenge Cup and I think that’s doable.  Our goal as always at the Cardiff Blues is to make the finals in the PRO14 and that’s something we fell one game short of doing last season.

“We need to work hard at everything we do and be consistent. That’s a big bugbear of our supporters.

“Traditionally we’ve been great one week and then the following week we’ve been poor and lost to a side we should beat.

“If you look at it we lost the first three games by a couple of points and we also lost the last few games narrowly. But we won about 85 per cent of games in between that.

“We’ve got to make sure we start the season well and start playing entertaining rugby which wins games. If you win more than you lose you make finals and if you make finals you’ve got a good chance of winning silverware.”

The former Western Force assistant coach has been busy during the off season strengthening the Blues squad.

Senior Wales internationals Hallam Amos and Josh Adams have been recruited from the Dragons and Worcester respectively to bolster the back-three.

With a back-line containing the Wales pair along with the likes of Jarrod Evans, Willis Halaholo, Owen Lane and Tomos Williams the Blues have as good a set of backs as any in the PRO14.

And Mulvihill and new attack coach Richie Rees, who has replaced Jason Strange, are especially excited by the potential of talented playmaker Evans.

Mulvihill said: “I don’t think we were consistent enough in everything we did in attack last season.

“We probably scored the most tries from set-piece starters than any other side in the competition. Sixty three per cent of our tries came from first phase.

“We need to score a lot more from different facets such as from turnovers. I just think there was a lack of clarity there and that’s something that Richie Rees brings.

“Jarrod is a terrific prospect. I worked really closely with Matt Giteau in Australia.

“He was a phenomenal athlete but he had a better work ethic than anyone else. Jarrod also works very hard and is extremely passionate about what he does.

“He need to continue to work on his temperament in games, let the mistakes go and move onto the next phase of play. He should have a ten-year international career and he’s someone we need to put faith in.

“He’s going to have more success than failures.”

Mulvihill is also adamant there will be significant improvements in the performance of his pack this season.

And he is confident some of the more youthful members of the squad will come to the fore in the early stages of the season.

He said: “I’d like to think that guys like Brad Thyer, Corey Domachowski and Kieron Assiratti stand up this season. Josh Turnbull has put on 5kg in the off season and will be a big player for us.

“We’ve also got young kids like Jim Botham and Alun Lawrence who all make our depth a lot better than it was last year. I think our forward pack is in a good place this season.

“If we keep this group together and we bolster it with good internationals then I think in three to four years the club will look back and say we started here under John and we’re now consistently reaching European finals.

“If we keep this group together we’re going to win silverware.”