Posted on 5th September 2019 by admin in Latest News 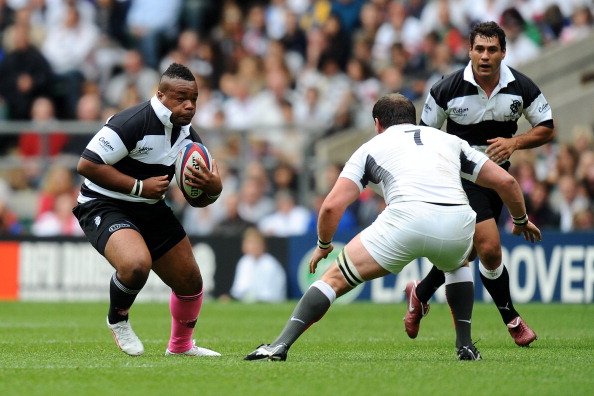 The Barbarians have today announced the first crop of international stars to pull on the famous black and white jersey during the club’s Autumn tour, which begins when they face Fiji for The Killik Cup at Twickenham on Saturday 16th November.

The game will be the first international rugby match to be staged in the UK following the 2019 Rugby World Cup and will see England head coach Eddie Jones return from Japan to lead a side packed with world class talent from around the globe.

France centre Mathieu Bastareaud, South Africans Tendai “The Beast” Mtawarira and Herschel Jantijies, plus Argentinian prop Ramiro Herrera will all feature on the tour, in which the Baa-Baas also face Brazil in Sao Paulo and Wales in Cardiff.

Tickets for Barbarians vs. Fiji are on general sale now from www.ticketmaster.co.uk/barbarians with a special early bird offer and 50% off top price adult tickets for a limited time only.

More internationals and 2019 Rugby World Cup superstars are expected to be announced in the coming weeks, adding to the wealth of quality and experience possessed by Bastareaud, Mtawarira, Jantijies and Herrera, who have a combined 207 caps to their names.

The fixture against Fiji, the first of three games in the Barbarians’ Autumn tour, presents fans in the grip of Rugby World Cup fever with their first opportunity after the tournament to see top-class international rugby at the home of English Rugby.

The last time the two teams met at Twickenham, in November 2013, more than 68,000 fans were treated to a mouth-watering spectacle of running rugby, with the Barbarians stealing the show in an electric 43-19 win.

Six-foot and 19-stone centre Bastareaud, who has 54 caps, was a shock omission from France’s 2019 Rugby World Cup squad and will be determined to remind UK fans of his powerful running and robust defence, which has earned him a fearsome reputation across his 10-year Test career.

Mtawarira, known by fans across the world as “The Beast”, is the most-capped South African prop in history. The 110-cap legend became a household name after starring for the Springboks in the 2009 Lions Series, which the home side won 2-1. Like Bastareaud, he has played for the Barbarians before, and is hoping to turn out for the famous club having secured South Africa’s third Rugby World Cup.

Joining “The Beast” is compatriot Herschel Jantijies, who is at the opposite end of his Springbok career. The scrum-half burst onto the international scene in July, making his Test debut against Australia. He has scored three tries in three appearances, including a last-gasp effort against New Zealand which helped his side towards this year’s Rugby Championship title.

Completing the initial announcement is another former Barbarian, Ramiro Herrera. The 40-cap Argentina prop will return to Twickenham hoping to cement his reputation as a tough tackling, hard scrummaging front row forward.

In a further announcement, the Barbarians have strengthened their coaching group for the Autumn tour, with the news that Warren Gatland, Rob Howley and Robbie Deans will lead the side for the fixture against Wales on Saturday 30th November, representing a homecoming for current Wales coach Warren Gatland, who leaves his post following the 2019 Rugby World Cup.

Tickets for Barbarians vs. Fiji are on general sale now from www.ticketmaster.co.uk/barbarians with a special early bird ticket offer available for a limited time only. Save 50% on top priced adult tickets from as little as £20 – Kids £15. Booking fees apply.