Posted on 23rd May 2019 by admin in Club Rugby, Latest News, Premiership 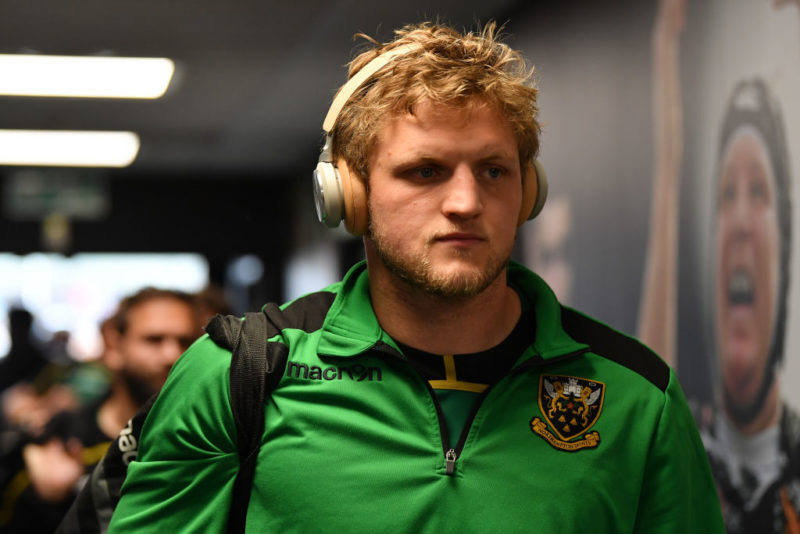 Northampton Saints flanker Jamie Gibson has renewed his contract, tying him to the East Midlands club for an undisclosed period.

He told the club’s website: “I’ve never felt more determined to work hard, keep on improving, and to play as regularly as I can here at Franklin’s Gardens.

“We’ve come a long way this season both on and off the pitch – but the job is not yet done for us and we want to be challenging at the very top of the European game in the not too distant future, so I’m very excited to be a part of that.”

The 28 year-old arrived at the club four years ago after leaving Midlands rivals, Leicester Tigers. He racked up 116 appearances in the Black, Green and Gold jersey – 31 of which came this season as he helped the club edge out Harlequins to the final play-off place.

His superb season in 2017-18 saw him land a place in BT Sport’s Dream Team – and his work was also recognised by the Saints supporters who named him their player of the season.

He has flourished after the stewardship of Chris Boyd since his arrival last summer and the Saints Director of Rugby praised Gibson for his consistency, attitude and desire.

Boyd continued: ” I know the club’s loyal supporters love his doggedness on the field so I’m sure this will prove to be a popular signing, but most importantly keeping Jamie here strengthens our squad as we look to push for more silverware during the coming seasons.”

Gibson has run out in the Red Rose jersey against the Barbarians, but is yet to win his first full international cap.

As well as Welford Road, the former Oxford student also ran out as a home player at the Madjeski Stadium.