Hadleigh Parkes aims to get Scarlets back firing 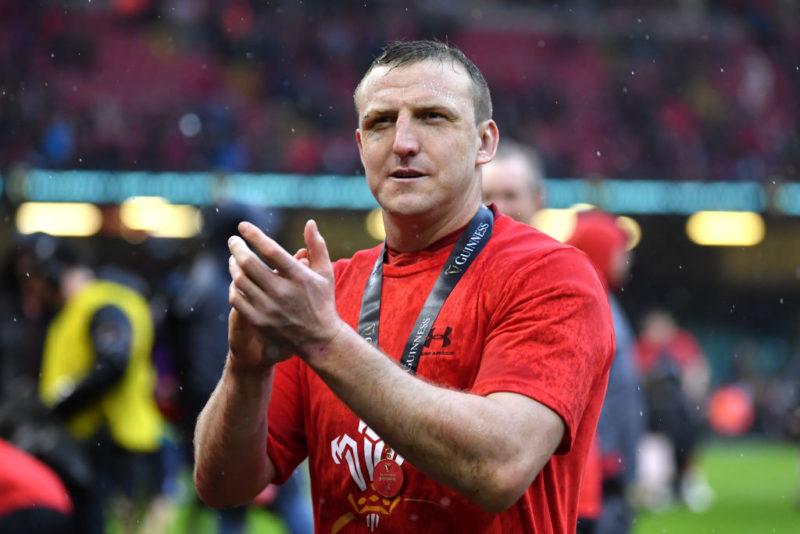 Now the star centre plans to get the Scarlets’ PRO14 play-off charge back up to speed and hopes he can end the best season of his career with more silverware in the cabinet.

Parkes was a key figure in Wales’ Six Nations clean sweep and was nominated as a player  of the championship while holidaying in Dubai with team-mates Gareth Davies, Rob Evans and Gareth Anscombe following the tournament.

By their own admission it has been a disappointing campaign for the Scarlets with Champions Cup qualification for next season in doubt, let alone a place in the end-of-season domestic shake-up for the trophies.

But with the return of Parkes and their Wales contingent, plus both Blade Thomson and Aaron Shingler pushing for injury comebacks, things are looking up.

Parkes told The Rugby Paper: “My week off was great. It was like having half of Wales in Dubai. It was a good trip and nice to get a bit of sun – I’m not see-through anymore!

“It was a much-needed break and I’m feeling refreshed now and it’s nice to get back into it with the Scarlets.

“There is confidence in the squad. Sometimes it’s good to have your backs up against the wall and to have a bit of pressure on you. Diamonds are built under pressure after all.”

Parkes sat out his side’s hammering by Cardiff Blues last week in their first game since the Grand Slam, but the forthright centre senses a response is around the corner.

“Hopefully we’ll be able to put in a couple of strong performances now,” he said. “You’ve got to give credit to the opposition. The Blues played very well in that first half and scored some good tries, but it was good to see us fight back in the second half and get three tries.

“Sometimes these sorts of results happen and unfortunately it’s happened a bit more frequently for us this year than in the previous couple of years. But we can put it right.”

Huntersville-born Parkes’ rise from club rugby in New Zealand to Wales Grand Slam winner has been nothing short of remarkable.

Just five years ago he was plying his trade for the lowly South African franchise Southern Kings in Super Rugby having struggled to earn a contract with one New Zealand’s top sides.

Fast forward to 2019 and Parkes can lay claim to be being one of the most important players in Wales. Having been brought over by coach Wayne Pivac, who was his boss at Auckland, the 31-year-old has never looked back and was man of the match in Wales’ win over Scotland.

“I’m very grateful and humbled by the opportunity I’ve been given by the management team with Wales and also the people in west Wales at the Scarlets,” Parkes said.

“It’s been an amazing four and a half years so far. I have to pinch myself. Nobody really picked us to win the Six Nations after that first game against France, but we just grew and grew as it went on. We had a lot of internal belief and we felt pretty comfortable especially in that last game. It was a massive defensive display.”

Parkes will be a key figure for Wales at the World Cup in Japan, fitness permitting, and he added: “It’s nice to have a bit of expectation on you. There is a lot of rugby still to be played.

“It’s going to be an exciting time for those involved, but it’s one step at a time. It was great to get a bit of confidence in and there is an awesome team environment in the Wales squad at the moment.

“Hopefully it will be a good year for the Welsh people.”