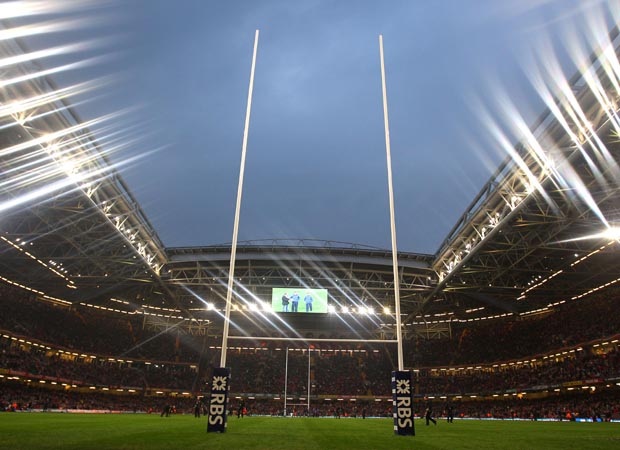 Ever since William Webb Ellis did his runner at Rugby School, there have been obvious differences between the football codes.  In Wales right now, the most striking one is to be found in the price of an international match ticket.
When it comes to affordable family entertainment, even some rugby fans are discovering that watching their national team ping a round ball about in Cardiff offers better value than the charge of admission to what used to be their natural habitat, the Millennium Stadium.
It has room for 74,500, more than the WRU will need for their autumn series with the exception of the all-captivating All Blacks.  Cardiff City’s stadium is sold out whenever Wales play and not simply because it is less than half the size of its big brother on the other side of the Taff.
Wales is a big enough place for the two codes to co-exist happily, for each to be successful without gaining or losing at the other’s expense.   The question is not about egg-chasers nor the silk short brigade nor whatever derogatory term one sport may use to decry the other.   It’s about value for money.
The issue has been aired this past week since a 17-year-old won a World Cup tie for Wales against Austria almost 60 years since another 17-year-old by the name of Pele cost them a semi-final place in Sweden. Ben Woodburn showed that what goes around comes around, eventually.
Ironically, rugby fans are quids in when it comes to watching the other game.   Dai Rich, who describes himself as ‘a below-average wannabe rugby player, husband and father’, made the point on twitter:
“Took me and 3 boys to watch Wales-Austria.  Cost me £35.   Would have cost over £200 to watch rugby.’’
He paid £25 for himself and £5 for each of his three sons, all under 16.    If he were to take them in November to see Wales-New Zealand from the most expensive seats, it would cost him £380.    For that match, no concessions are available for juniors in any category.
The WRU proclaim that 48,000 tickets have been reduced for the opening match against Australia and that charges for under-16s have been halved to £15.   It’s still three times more than the equivalent charge made by the Welsh F.A.
Far from making the fans pay a penalty for their team’s success at the Euros last year, they rewarded members of their Supporters Club for their loyalty.  If they paid up front, they could see all five home World Cup qualifying matches for a one-off payment of £80.  In other words £16 per game.
Those rugby fans with families to support and little left by way of disposable income see that and sigh with envy.   It reinforces their view that the working man has long been priced out of what used to be the working man’s game – rugby not football.
Barely ten years ago, Wales offered the cheapest international tickets in the Six Nations at £47.  They have more than doubled since then. Even when the WRU announced a record turn-over of more than £63m and record pre-tax profits of £2.4m, as they did in 2012, ticket prices kept going up.
When this column dared to ask why, the then chief executive Roger Lewis pointed out that it was still cheaper than Twickenham, as if South Wales was somehow on the same wealthy footing as the affluent Home Counties.
As more and more found the escalating price beyond their reach, the corporate clans moved in, happy to pay top dollar in return for giving their clients a day out even if some struggle to distinguish their rucks from their mauls.   The diluting effect on the passion factor seems to become more pronounced with the passing of each season.
In that respect it sounds as though Welsh football has outstripped Welsh rugby, an observation which would have been unthinkable once upon a time when the soccer team would venture into Europe with barely enough travelling support to form a choir and too many players who gave the impression they didn’t know the words of the national anthem.
How times change. The lesson for the WRU is in reducing prices, as they have done for the Georgia game on November 14. Another 20,000 empty seats against Australia and 20,000 more against South Africa suggests they are still over-charging for those matches.