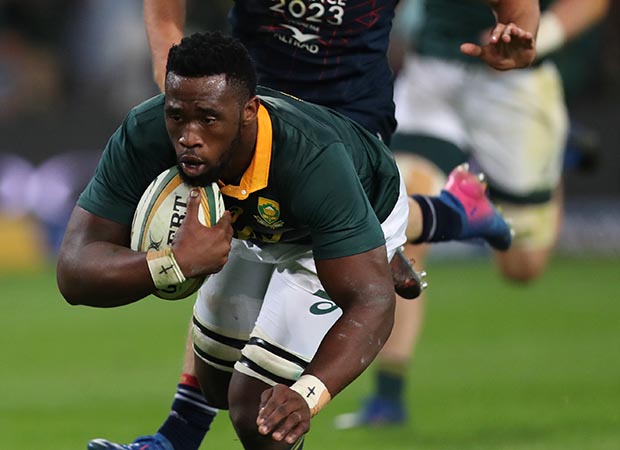 The fact that the All Blacks drew the three-match series with the British and Irish Lions would have been of concern to them. Hence they would have gone back to the drawing board in a big way with the Rugby Championship kicking off next month.
Without a shadow of a doubt, the All Blacks will be chasing retribution in the Rugby Championship, and I foresee them proving to be a formidable force in the four-team tournament.
The All Blacks were already going to be a tough nut to crack but, having been held by the British and Irish Lions, they will be out to set the record straight.
The All Blacks still have a wonderful aura about them. I don’t go along with Clive Woodward, who suggested that the mystique of the All Blacks is gone and they are “clearly not as good as we thought they were.” I think those comments are highly exaggerated.
New Zealand is still the top-ranked team in world rugby. England won an impressive 18 matches in a row, but they still didn’t earn enough ranking points to topple the All Blacks. That highlights how big the divide still is between the All Blacks and everybody else. However, the Lions showed that the All Blacks are not unbeatable.
Depending on who New Zealand pick on the wings, the kicking game is an area in which they can be exposed. Historically, Kiwis are not outstanding at managing contestable kicks. It was evidenced when the Lions played against the Crusaders.
When you come up against New Zealand, you need to execute a really efficient kicking game, have a good chase line to put the All Blacks under pressure and maximise the number of entries to the All Blacks’ 22. The Lions managed to do that over the course of the series and if the All Blacks opt to select burly wingers who don’t enjoy being turned around, such as Julian Savea and Waisake Naholo – Argentina, Australia and South Africa should look to target them.
However, when the All Blacks pick more mobile players such as Ben Smith and Israel Dagg in their back three, as a professional coach, you have to think a bit smarter. Nevertheless, owing to the pair’s lesser bulk, opposing teams can probably get more momentum on the edges.
Moreover, a really well-organised defence is the way to go against the All Blacks. Opponents can put pressure on New Zealand in said area because they are in a precarious position at the moment.
Steve Hansen’s men want to come out and play and go back to their free-flowing, try-scoring brand of rugby. The All Blacks will get to do that owing to their start in the competition against Australia and Argentina. However, I believe the Springboks are set to ask the most questions of the New Zealanders during the Rugby Championship.
In order for South Africa to prosper against New Zealand, they need to stick to their strengths. South Africa have traditionally built their success around a very strong defence and they have to stop apologising for that. Consultant Brendan Venter has, over the last few months, assisted Allister Coetzee in getting the Boks back to being an abrasive team and playing to their strengths.
The Springboks are strong men, enjoy the collisions and have stepped up on defence. It is an area they prided themselves on during the summer series against France.
By and large, I was impressed the British and Irish Lions’ defence against the All Blacks. The Lions managed to keep the All Blacks tryless in the second Test, which was the first time since 2014. The tourists scrambled particularly well on defence and also gave the All Blacks a tough time at the breakdown, which New Zealand’s Rugby Championship rivals would have taken notice of.
I don’t want to go as far as saying that there is a glaring chink in the All Blacks’ armour because I don’t know that there is one. However, they are human and the Lions showed us that. If your game management is very good against the men in black, the contest tends to be much closer. And, if there’s one thing the Lions series showed us it’s that Warren Gatland was able to instil a belief within his side that they could beat the All Blacks.
It was no mean feat beating the All Blacks in the second Test in Wellington and I feel the Springboks need to draw on the spirit of the Lions during the Rugby Championship.