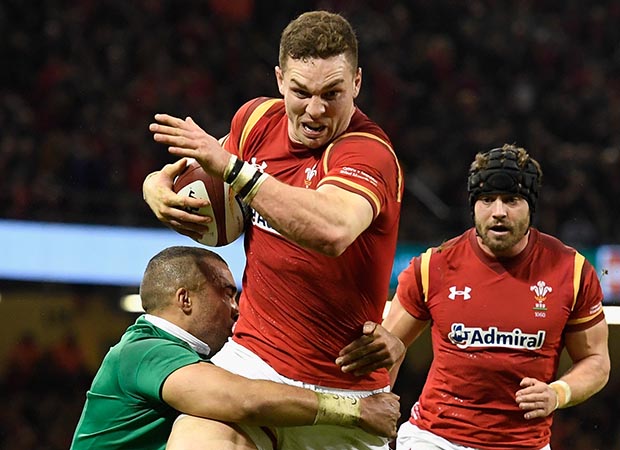 Warren Gatland is going to be spoiled for choice when it comes to selecting his 2017 Lions wings. The head coach has such a variety of world-class options that his job of selecting players whose finishing touches often make the difference between winning or losing a Test series is going to be fiendishly difficult.
Four years ago in Australia, the Lions included four wings in the tour party, with the giant Welshman, George North, emerging as one of the heroes in winning the series.
North’s match-winning contributions made it almost inconceivable that he would not be one of the first names in the tour party to New Zealand, but the ferocity of the competition – and a dip in form after a series of concussions – means that his place is far from guaranteed.
Both England and Scotland offer Gatland a dazzling array of options.
Reigning Grand Slam champions England can throw in the versatility and footballing skills of Jack Nowell and Elliot Daly, as well as the blistering speed of Anthony Watson, right, and Jonny May.
The Scottish wings have played a key role in the tartan revival in this Six Nations, with the power, pace and physical presence offered by Tommy Seymour, Tim Visser and Sean Maitland, far right, providing a sharp cutting edge in their wins over Ireland and Wales.
Add to that the claims of the sinuous Welsh strike runner Liam Williams, and the unorthodox brilliance that Ireland’s Simon Zebo, above left, and the electric Wasps and 2013 Lions wing Christian Wade can inject into a backline, and the eventual outcome is as clear as mud.
The only thing that we can say with certainty is that some exceptional players are not going to be on the plane to New Zealand.
What also seems apparent is that the race for those four wing berths is so close that the final two rounds of the Six Nations will be critical. Maitland’s strong form before a recent injury, and his experience not only of New Zealand conditions, but of being a 2013 Lion, make him a strong contender.
However, North is going to have to rediscover his form quickly if he is to stave off the challenge of Seymour, who offers dynamism and finishing power.
Other new contenders whose form is hard to ignore are Nowell and Williams.
The England wing is a hive of industry who not only finishes ruthlessly, but creates opportunities for others, while the Welshman is one of those elusive runners who sometimes seem to defy the laws of physics by slipping through impossible gaps.
Whichever way you look at it, New Zealand will have plenty to contend with.