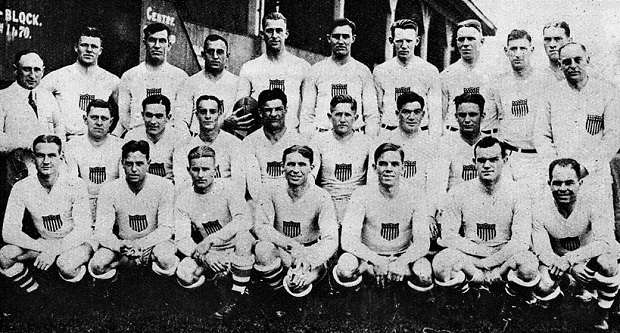 15. Charles Doe (Stanford University): Basketball was his first love but he quickly took to rugby. Vice-captain in Paris in 1924 and a gold medallist from 1920. Captained the USA in their 37-0 win over Romania when Babe Slater was unavailable with a calf muscle injury. Spent a life running the family lumber business. Died, aged 96, in 1995.
14. William ‘Lefty’ Rogers (Stanford University): Rogers was actually the Stanford basketball captain but like many was attracted to the “impossible” challenge of defending the USA’s Olympic title. Very quickly became famed for his devastating American Football style tackling, twice wiping out star French back Juareguy. Later became a doctor.
13. Richard ‘Tricky Dicky’ Hyland (Stanford University): The Rugby superstar that never was. Four tries against Romania and undoubtedly the MoM in the 1924 Olympic final but after that he never player another game of rugby. Became a sportswriter for the Los Angeles Times. Married novelist Adela Rogers St Johns but was later involved in a famously messy society divorce.
12. Norman Cleaveland (Stanford University): From Datil, New Mexico. Classy all-round back who stayed on in France throughout 1924 to watch the rest of the Olympics. A noted mining engineer who worked extensively in Asia, he turned to writing novels and biographies. The last of the team to die, in 1997, aged 96.
11. George Dixon (University of California): Born in Vallejo, California, and a member of the Olympic Club in San Francisco. Later excelled as sharp shooting guard in basketball, leading University of California to rare undefeated seasons in 1926 and 1927. Worked in the oil industry before becoming a commercial pilot. Died, aged 90, in 1991.
10. Robert ‘Bob’ Devereux (Stanford University): One of the quieter members of the squad, Devereux was one of the few Americans who grasped the importance of tactical kicking and kept France pinned back in their own half in the 1924 final. Could play wing but switched to outside half for the final. Later worked as an insurance broker.
9. Rudy Scholz (Santa Clara University):  A native of Kewanee, Illinois. Gold medal winner in 1920, Scholz was a fast-talking, occasionally temperamental lawyer, and a small but elusive and highly combative scrum-half. Remarkably continued playing in some form or another until shortly before his death, aged 85. 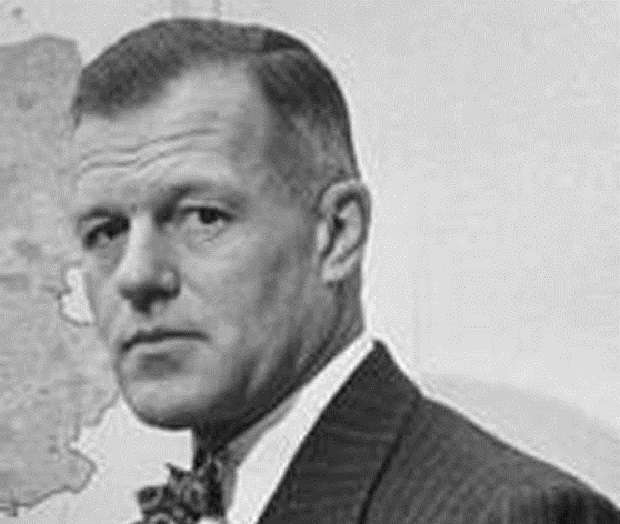 1. Caesar Mannelli (Santa Clara University): Born in Forni di Sopra, Italy, the son of noted architect Siro Manelli. Moved to America with his family who settled in San Francisco. Noted all-round sportsman at University with baseball probably his strongest suit. Graduated as an engineer. Died in 1936, aged just 39.
2. John O’Neill (Santa Clara University): Tough ex-Army private who played in the Inter Allied Games of 1919. Durable quick striking hooker who completed the 1924 final despite dislocating his shoulder and having a scar from his recent appendix operation opened up by a kick in the stomach. Also a winner in Antwerp in 1920. He became an oil prospector.
3. Edward Graf (University of California): One of three players from the University of California, known for reasons that nobody can recall as “Mush”. The Americans weren’t known as a scrummaging team but the powerful Graf did wonders to at least hold his own. Later became a noted coach to the Olympic Club in San Francisco.
4. Dudley ‘Dud’ de Groot (Stanford University): Top-rated swimmer, American Footballer and basketball player who answered the call. Later proved a hugely successful American Football coach with the Washington Redskins as well as numerous college teams where he also coached baseball and basketball to a high level. Featured on the front cover of Life magazine in 1947.
5. Colby ‘Babe’ Slater (University of California, Davis Farm and Olympic Club): Lineout ace and captain. Son of a Scottish seaman who emigrated to the USA. Served in the USA Medical Corps in World War I and a member of the successful USA team in Antwerp. After Paris in 1924 he set up as a farmer in Clarksburg, California.
6. Alan Valentine (Swarthmore College and Oxford University, above): Rhodes Scholar and three-time Oxford Blue (1923-25). Versatile all-purpose forward who had played with and against some of the biggest names while at Oxford. Became president of Rochester University and after World War II headed up the implementation of the Marshall Plan for economic recovery in the Netherlands. 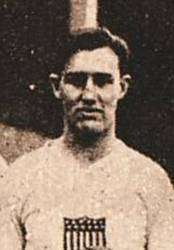 7. Linn Farrish (Stanford University, left): Superb all-round athlete who starred at wing forward and scored a try in the final against France. Qualified as a geologist and oil prospector. Served as a British officer with Fitzroy Maclean with Resistance fighters in Balkans in World War II and won a posthumous DSC. Later came allegations that he was also a Russian spy.
8. John ‘Jack’ Patrick (Stanford University): Another who had tasted success over the French in Antwerp four years earlier. Scored a hat-trick against Romania. Like Graf was a stalwart of the Olympic Club where he coached for many years after retiring from playing.
Remaining squad members
Joseph Hunter (San Mateo High and Beliston): Gold medal winner from 1920 when the scored the only try of the game.
William Muldoon (Santa Clara University): Gold medal winner from 1920 when brother William was also a squad member.
Philip Clark (Stanford University): Played against Romania and did well but gave way to Farrish for the final.
John Cashel (Palo Alto): Water polo was his speciality. Loyal squad member who doesn’t appear to have started a game on tour.
Hugh Cunningham (Santa Clara University): Strong contender for a starting place but broke two ribs in the warm-up game against Blackheath.
Alan Williams (Cornell University and Olympic Club): The only East Coast ‘Ivy League’ man in the squad but had moved to the West coast after graduating. Played against Romania.
Norman Slater (Berkeley HS): Played against Romania and was originally selected to play France but his skipper – and brother – Babe recovered from injury to take his place at lock.
Edward Turkington (Lowell HS and Olympic Club): Fiery wing. Sent off for punching against Romania. Fluent in French so was much in demand as a translator.