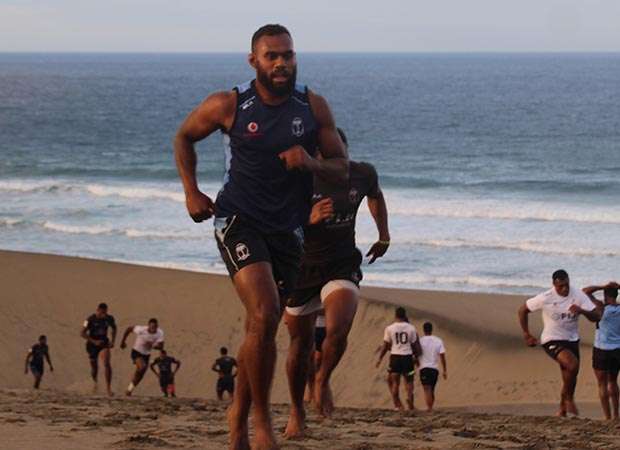 When it comes to stand-out Olympic performances, David Hemery’s 400m hurdles gold for Great Britain in 1968 is right up there and Ben Ryan’s Fiji squad have taken a leaf out of the great man’s book as the Pacific Islanders prepare for the inaugural Olympic Sevens in Rio next month.
Hemery’s stunning world record run in Mexico was founded on a savage winter’s endurance training up and down the massive dunes on the empty windswept beaches a short drive from his university in Boston, Massachusetts. Come rain, shine, mist, snow, frost and gale, Hemery put in the hard yards.
As his coach Billy Smith said on the eve of his epic run on a cold wet Mexico City evening: “The others are a 1,000 hills and sand dunes behind you.”
Fiji is a very poor nation with little money and infrastructure to support their national heroes in the Sevens team, but the one thing they don’t lack for is world class beaches and sand dunes.
The 60-metre beauties at Sigatoka are probably the pick of the crop and they have featured massively in Ryan’s plans since he took over as the Fiji boss and started getting his head around the ultimate challenge.
No Fiji side will ever lack for speed, dynamism and handling skills but a lack of endurance has often been their Achilles heel, especially in defence when they come under the cosh. With that in mind Ryan, a keen student of champions and past training methods, has taken to holding regular fitness camps at Sigatoka, boot camps which have underpinned their consecutive World Series titles over the last two years.
Indeed they have been there most of this last week for a final top-up camp.
“You can do so much quality work in such a short time on sand dunes,” says Ryan. “They have been the hardest fitness sessions I have ever been involved with one way or another. Beautiful, breathtaking and brutal.”
To this day Hemery, below, remains convinced that sand-dune running gave him an edge, as it had 1960 Olympic hero Herb Elliott before him,  and is slightly surprised more elite athletes don’t get down to the beach: “I adored sand-dune running. It was totally exhausting and, because you can only make progress up a sand dune by running flat out, there can be no short cuts. The less you put in the harder it is and the longer it takes.
“After a while your butt and leg muscles are screaming like never before and you go into new fields of tiredness. Yet ten minutes after you stop you feel fantastic and energised. Because there is no jarring on the muscles and bones it is actually very kind on the body while working it to the maximum.
“Steve Ovett was a great fan of sand dunes as well and it didn’t do him any harm, either.” 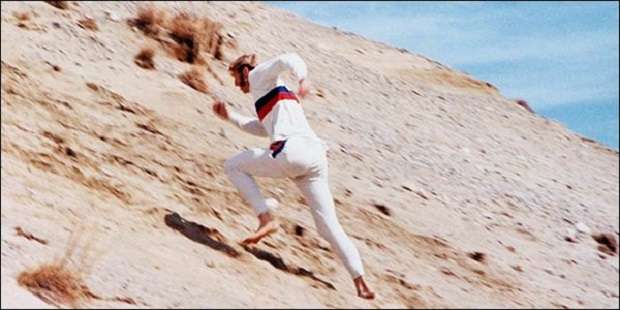 The Olympic Sevens tournament, potentially, is the biggest thing ever to happen to Fijian sport and possibly the nation itself and that has undoubtedly upped the ante for Ryan’s team. Fiji have been represented at every Olympics since Melbourne in 1956 and have even sent competitors to three winter Olympics, but they have never won a medal or even come close.
Indeed, only two Fijians have ever qualified as of right for the Olympics, as opposed to receiving a wild cards – Makelesi Bulikiobo in the women’s 400m in Beijing and javelin thrower Leslie Copeland, in London 2012.
But now their rugby players are favourites to take gold, and rightly so. In recent years they have moved ahead of perennial rivals New Zealand and showed a greater consistency but Sevens is notoriously unpredictable and they have bagged a tricky pool.
Hosts Brazil will present no threat but both the USA and Argentina are well capable of causing an upset. Fiji need to start like the champions they aspire to be because nothing less will be good enough.
Ryan has assembled a gloriously talented squad lead by Osea Kolinisau, ever-present during those two World Series titles. Ryan describes Kolinisau as the best captain he has ever worked with and the skipper certainly leads by example, defensively heading the tackle stats for the 2015-16 World Series with a whopping 128 hits.
Jasa Veremalua wasn’t far behind with 166 as well as featuring prominently on the trying-scoring chart with 29 for the season.
Samisoni Viriviri and Savenaca Rawaca are also prolific try-scorers and core members of the squad and Ryan has largely resisted the temptation to trawl the world at the last minute for available Fijians playing elsewhere. 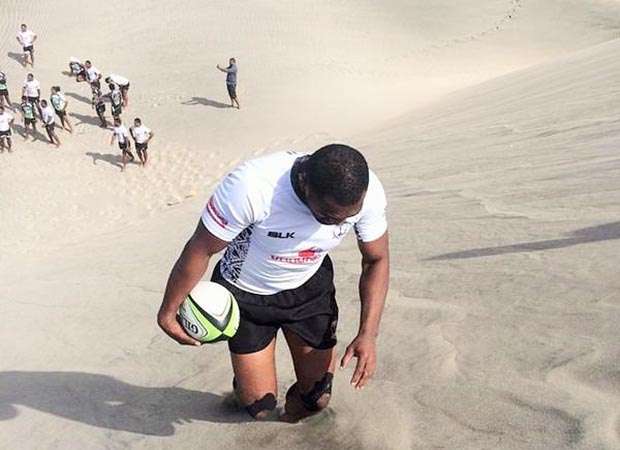 High-profile Rugby League/American Football hybrid Jarryd Hayne was tried out, both in competition and camp, and although Hayne clearly had potential he didn’t make the final cut but one ‘imported’ player who did was the remarkable Leone Nakarawa who, in fairness, was originally spawned by the Sevens programme.
Nakarawa has been doing great things for Glasgow Warriors in the Pro12 and made most pundits’ RWC2015 tournament XV. His unique combination of size, speed, agility and those remarkable trademark off-loads make him a right handful in Sevens and if I were to nominate one player who might emerge from this tournament as a global name it would be Nakarawa.
New Zealand’s Sonny Bill Williams, of course, has already achieved that iconic status and although he has been solid rather than spectacular thus far for New Zealand, expect him to go up a couple of gears in Rio. This has been his sole focus since the World Cup last autumn and Williams is nothing if not a big-time performer. Acquiring Sevens fitness has not been easy, even for a ferocious trainer like Williams, but he is there now and clearly has all the skills to make a major impact.
The Kiwis, who for so long ruled the roost on the World Series, would still appear the most likely challengers and although they seem a little short on stardust – Williams apart – expect Akira and Rieko Ioane to announce their talent on the world stage. And just bear in mind that Gordon Tietjens still feels confident enough to cut Liam Messam from his squad. New Zealand will be in the mix, no question.
The fact that Messam – and, indeed, the likes of Quade Cooper and Bryan Habana – failed to make their respective squads, underlines how Sevens is in many ways a different sport to 15s and in rugby terms that should be seen as a positive.
The true Olympic ideal is that a gold medal is the ultimate prize for anybody competing in that particular sport and that clearly holds true for Olympic Sevens. In absolute terms we will not necessarily be watching the best rugby players per se in Rio but we will unquestionably be enjoying the best Sevens players on the planet and that gives the competition a deep well of credibility.
One of the world class 15s players who has successfully made the crossover is Argentina’s Juan Imhoff, below, although, again, like Nacarawa, he was a regular on the Sevens circuit in his early days. 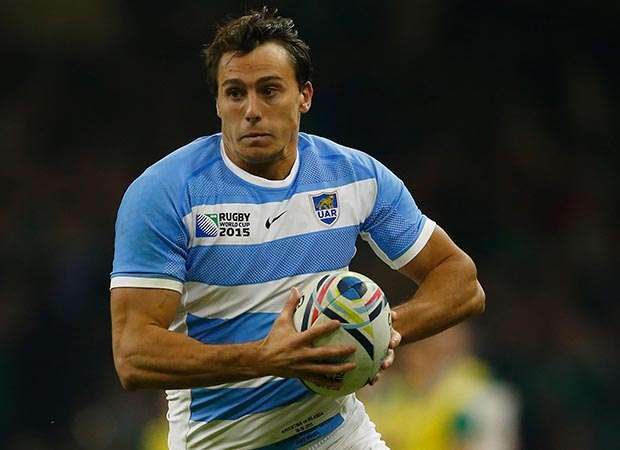 Imhoff, lightning quick and with the ability to execute the unusual and unexpected, could be a big star in Rio after a superb RWC2015 and a great season for Racing when he contributed massively to their T14 final win with a 60-minute shift at scrum-half. How he wasn’t awarded the MoM ahead of Dan Carter that night remains one of the great mysteries and travesties of the season just passed.
Elsewhere who will catch the eye, what can we expect? South Africa are the reigning Commonwealth champions who are never far from the podium at any Sevens tournament while, of the ‘bigger’ teams, Australia seem to be on the fastest learning curve with a clutch of youngsters who could take the tournament by storm. Olympic success is always particularly prized in Australian sport and the Aussies will be highly motivated.
Great Britain could be the surprise package. Expectations seem low so there is little pressure, yet this is a group based on a consistent England squad and augmented by some very talented Celtic dashers. The programme has appeared shambolic at times – inert for a couple of seasons and then a mad rush in the last couple of months – but I rather fancy the clutch of getting-to-know-you minor tournaments they have been contesting recently has been nigh on ideal in terms of preparation.
There is just a whiff of England at the inaugural World Cup Sevens in 1993 about Great Britain in Rio.  A hurriedly assembled but close-knit group, written off by most, with nothing to lose but much glory to gain. And we know what happened in 1993.
The other big-hitters are undoubtedly the USA and it is by no means impossible that the nation, which won the last two Olympic titles in 1920 and 1924 – could complete a hat-trick of Olympic rugby titles. They have a box-office squad that could take the tournament by storm and really open American eyes to rugby but time is short in Sevens and the margins small. They will need a little luck as well if they are to go all the way but are outstanding value at 29-1 which was the last price I saw quoted for the Eagles.
As a neutral – if there is such a person exists at the Olympics – you desperately want to see Carlin Isles and Perry Baker showing their electric pace and Super Bowl star Nate Ebner – a rugby player before he turned to gridiron – muscling his way around the pitch. Danny Barrett is another who could make a name for himself. The USA are great to watch and at their best – the London Sevens in 2015 – virtually unstoppable, but can they rediscover that form?
Meanwhile  what of the so-called minnows – Kenya, Spain,  Brazil, Japan and even France who still struggle to make an impact in the shortened version of the game? Do we hold out any hope? Overall probably not but all of that quintet except for Brazil are capable of giving one of the fancied teams a bloody nose and claiming a famous crowd pleasing win.
Kenya definitely need keeping an eye on, they have beaten everybody on the world circuit at some stage over the years but putting a six-match campaign together has generally proved elusive. Great Britain play them first up in their pool on the opening day of the men’s tournament and that is a game that has banana skin a written all over it. Which is exactly what the Olympics is secretly hoping for.