Home / Club Rugby / Challenge Cup / Uren: We know Toulon’s history, but we are the team with world-class players now

Uren: We know Toulon’s history, but we are the team with world-class players now 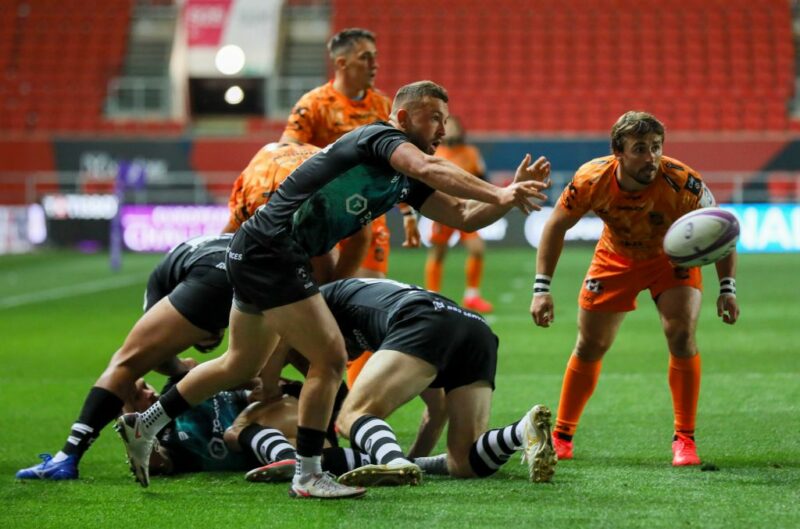 AS a youngster, Andy Uren stood on the terraces at the Memorial Ground watching the likes of “the unbelievable” Agustin Pichot and Felipe Contepomi strut their stuff.

Back then Bristol had the stars but no silverware. Now, they hope to have both with Pacific Island players not Pumas as the headline-grabbing talent.

Through to the final of the European Challenge Cup in Aix-en-Provence on Friday, Bristol are 80 minutes away from claiming their first major piece of silverware since the 1983 John Player Cup success.

Opponents Toulon, who are currently mid-table in the embryonic Top 14 table, are a shadow of the team that won three consecutive Heineken Cup titles, between 2013 and 2015. To see how Toulon are on the market, you can discover Betway’s odds for the match at Stade Maurice David.

Other than evergreen Azzurri No.8 Sergio Parisse, expensive foreign imports are a thing of the past and a side laden with exciting young French talent such as former U20s star Louis Carbonel is taking time to properly bed in.

Even so, Uren is mindful of Toulon’s pedigree and the threat they pose.

“I think everyone is really excited for it and we’re happy with how we’ve gone so far this season,” said Uren. “We know Toulon are going to be class and we’ll have to be on our top form.

“But we’ve also got some class players like Semi (Radradra), Charles (Piutau) and Steve Luatua and others who can hopefully help us get a Challenge Cup win which would be unbelievable for the club and special for the team.”

Uren, a humble, hard-working Bristolian from Hanham to the east of the city, is enjoying sharing the same stage as Radradra, below, the standout player of the competition.

“I’ve been fortunate to play with some very good players, but he’s the best I’ve ever played with,” Uren says without a moment’s thought.

“You give him the ball and, against anyone, you think he is going to beat them or score. It is mental.

“You have to pinch yourself sometimes. You think, ‘how am I playing with a bloke as good as him?’

“He can run around you or run through you and he can pass the ball about 30 metres off both hands. He needs to work on his kicking a little bit though!”

As a fit-as-you-like scrum-half, Uren doesn’t let the grass grow under his feet and along with fellow No.9 Harry Randall, is often the conduit to set the star-studded backline in motion. The threat of Randall sees him close to the top of Betway’s odds for first tryscorer.

Bristol’s high-tempo game plan, which utilises every blade of the Ashton Gate pitch, means he and Randall are constantly on the move.

But that’s not a problem for the 24-year-old Bristolian who used his local contacts to stay in tip-top shape during the lockdown.

“I live two minutes away from Dings Rugby Club, and I’m fortunate enough to know the chairman, so I asked him if I could do my running there because they’ve got a real nice 4G pitch. He gave me codes to the gate, and I was running with my housemate,” Uren said.

“I also ended up buying a multi-gym for my garage and took a lot of weights from the club, so I had a pretty good setup.”

While it is Uren and Randall who normally share the scrum-half duties, others are encouraged to get the ball away at the base of a ruck if either needs a breather.

“‘Everyone is a nine’, is one of our sayings,” he revealed. “It can be quite tough at times to keep up with play. I remember La Rochelle last year; it was one of the hardest games I’ve played in. It was boiling hot and I was running from side to side, and for the first time ever, I was penalised for not passing the ball after five seconds, which was quite strange.

“But I’m happy with my fitness at the moment. Me and Harry bring something different, it’s one in, one out. If one of us is tiring within a game, we just get subbed off.”