I’ve got to win back my England place, says Billy Vunipola 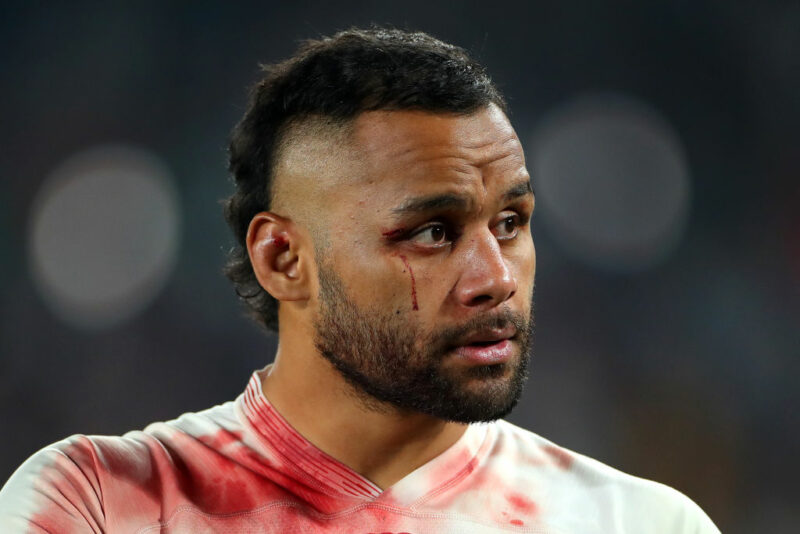 Billy Vunipola admits he is ‘no longer in the driving seat’ for England selection as fierce competition and Saracens’ relegation to the Championship combine to threaten his Test future.

Vunipola, fit again after breaking his right arm for the third time in January, could only watch on as stand-in No.8 Tom Curry seized his Six Nations opportunity in fine style.

With Nathan Hughes and younger rivals Sam Simmonds, Alex Dombrandt and Zach Mercer equally keen to press their own international causes, Vunipola now has his work cut out.

Vunipola, 27, told The Rugby Paper: “I thought he (Curry) did very well. There’s obviously competition there but I’m just concentrating on what I can do myself now and what I can provide for my team.

“Competition definitely sharpens your focus and I know there are people out there vying for it, just as I am. We’re all vying to get in that (England) team and I’m not in the driving seat.

“In fact, I wouldn’t say any of us are and we’ve all got a fresh slate now, so we’re just pushing our cases forward and the decision-makers will make their decisions.”

Vunipola is acutely aware that impending relegation and a year in the Championship is not great preparation for an intense 2021 Test programme that includes a Lions tour – a bridge many of his high-profile colleagues will also need to cross.

He added: “We won’t be getting regular high-intensity games like the Champions Cup or playing Exeter, Sale or Bristol, but if we’re still able to be picked by England it’s a massive plus and we’ll have to be at our best every single week at the club.

“We can’t rely on what we’ve done in the past. People can’t just expect us to step up to the level of international rugby having not played anywhere near to that level, so there’s that to contend with if they’re going to put that much trust in us.”

Despite the crushing nature of their final defeat to the Springboks, however, Vunipola insists that memory is buried as he bids to reclaim his Test place.

Comparing England’s heartache to that of Saracens when they struggled to win major finals, Vunipola said: “I’ve made peace with it and we had the experience of learning lessons here at the club when we lost finals in 2014 against Toulon and Northampton in consecutive weeks.

“As much as those hurt, we took a lot of learning and strength from that. We built a lot of what we have now from those losses and it sharpens your focus – and that’s what we’ll do with England.

“When Eddie Jones says we want to be the best in history, he knows we’re building into something nicely with the profile of players that we’ve got and the potential we have to improve.”

While England teammate Anthony Watson, left, spoke recently of his enduring pain following England’s Yokohama nightmare nine months ago, Vunipola adds: “Some people deal with it differently, but I’m at peace with what happened in Japan and am looking forward.

“Not a lot of people thought we’d get to a final after the Six Nations we’d had previous to that and I think that’s definitely something we can improve on in three years’ time, starting now.

“How do we attack the end of this year’s Six Nations, then the next one and the one after that so we have the foundations of knowing we can win big games and squeeze out those tight ones when things are going against us? That’s a really cool thing to attack.”

As for the risk of further injury, Vunipola says: “When we went into lockdown, I saw it as a great opportunity to get stronger. I could have sat around feeling sorry for myself and wallowed in self-pity, but I’ve tried to improve as a person on and off the pitch.

“I challenged myself to hang out with people I wouldn’t normally have hung out with and broadened my horizons, so that put me at ease with my injuries and I’m ready to go again. I’ve had a pretty tough run but I’ve just got to keep working hard now.”